How International Schools In Pune Are Optimizing Modern Education 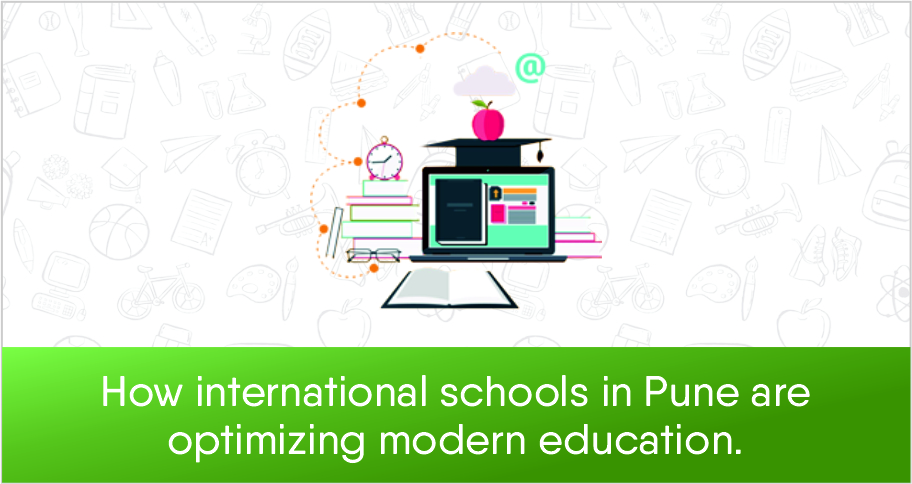 From the very first Nalanda university to the current international schools in Pune, Education has come a long way. Since the inception of civilization, learning has always been with us in one form or the other. Our ancestors conquered the wilds because they exchanged information about important things for the survival of the species, like where the predators roam or where the hunt is gainful. Though today’s education does not teach children to bring down a woolly mammoth with spears, it sure does equip them to survive the modern jungle that is the world.

Education was more traditional between the students and teacher just a few centuries ago when Gurukul was followed in India. Children used to live in their Guru’s home and learn archery, arts, culture, the ruling principles, and self-defence.

In the current education system, children are made to acquire skills to excel in various fields. It helps to impart knowledge in writing, science, and technology, economics and politics, agriculture.

Periodic examinations are conducted to test the pupils’ skills and maintain the standard of the education system. Newer technologies are adapted for teaching to improve the quality of education. Live demonstrations of experiments, classes with projectors and computers, creative activities, panel discussions, projects and publications, and field trips help accentuate the students’ learning abilities.

Children do not use slates and chalk to learn stuff anymore. They use iPads or tablets or one of the myriads of devices with their tiny, nimble fingers to learn anything from ABCDs to arithmetics. From a traditional Gurukul to an iPad, the idea remains the same: to educate posterity to have a fulfilling life and elevate humanity to the next level.

Developed countries have a robust education system compared to ours. Unnecessary facts or information without any local relevance are absent in their curricula. The time children spend at schools is invaluable to the betterment of tomorrow’s humanity, so the syllabus of developed nations is streamlined.

And since International schools follow the US or UK’s curriculum or other international curricula such as International Baccalaureate, Edexcel, Cambridge Assessment International Education, International Primary Curriculum, or International General Certificate of Secondary Education, you can bet your child wastes almost no time studying unimportant and irrelevant. This time saved is utilized in education that actually matters and elevates the child’s knowledge and increases her/his chances of becoming successful and landing a high-paying respectable job. Apart from the curricula, they also have many positives, some of which we can see through the international schools in Pune:

National vs international school: which is best suited for your kid?

Are CBSE schools in Chennai better than the state board?

How to choose the best schools In Bangalore?