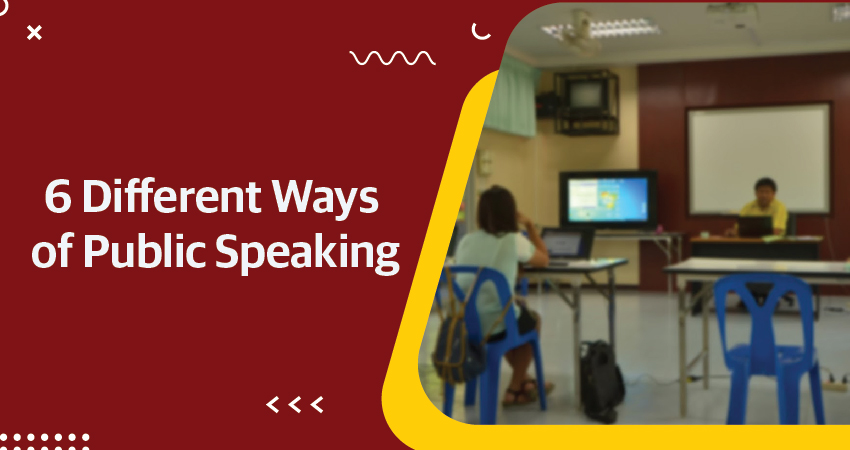 What is Meant by Public Speaking?

Public speaking is the act of communicating information to a large audience. Public speakers are often professional or amateur individuals who communicate their thoughts, ideas, and beliefs in public forums such as speeches, lectures, debates, and interviews.

What are the Different Styles of Public Speaking?

There are 6 different types of speaking styles. Choose what suits you best!

How Public Speaking Improves Personality of an Individual?

Why do Most People Fail in Public Speaking?

In many cases, the speaker’s fears come from their own belief system that if they make an error during the speech then this will be seen by the audience and could lead to negative consequences such as not being taken seriously again later or criticized for having made mistakes. This is where you need to realize that making mistakes while speaking is natural because nobody has perfect speech every time without any errors at all.

People fail in speaking due to the following reasons:

Whether you are asked to speak in front of a group, give an interview on the radio or television, or sit down for a one-on-one meeting with your school counselor, there is always pressure. The good news is that speaking does not have to be as nerve-wrecking if you can get people talking about what they want and need before asking them anything else.

The key is to simply give yourself a chance, even if it is in front of a small group. Keep practicing the skill to speak clearly and you’ll have a success road in front of you!

So, when was the first time you spoke publicly?

School-Related Anxiety and Stress in Children and Teens

Top 7 boundaries you need to set for children using technology