5 ways to encourage children to learn to code 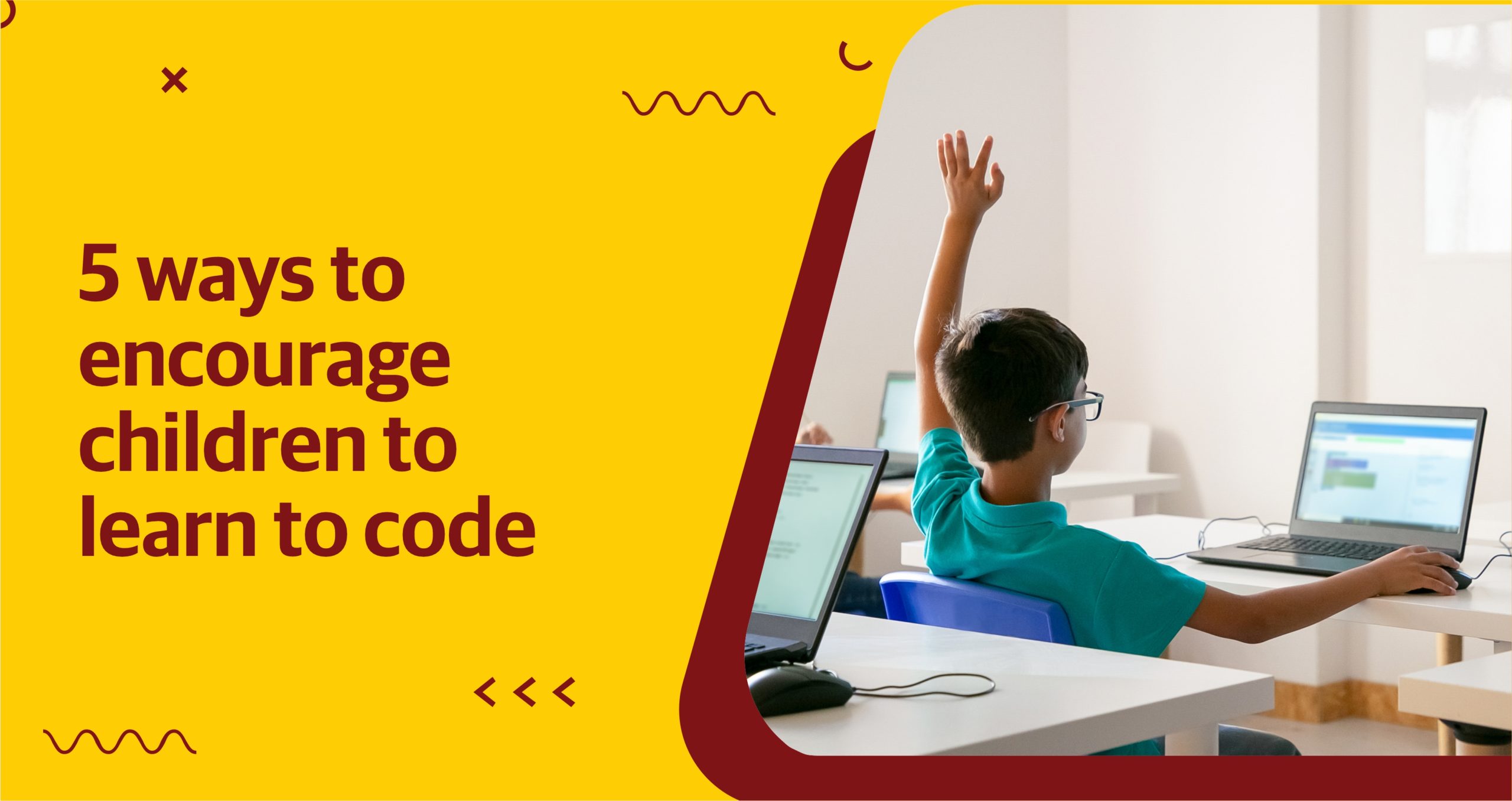 Coding has gained prominence in recent years, evolving from a tool used in computer games and the occasional electrical device to one that has an impact on how we live in the modern world. This means that now is an excellent time for kids to learn to code. Almost every device, electronic component, and modern piece of equipment has been identified by code in some way. The number of coding jobs accessible will grow in tandem with the number of coding use cases. As a result, coding for kids is in high demand. That is why every parent wants their kids to learn to code. Parents are often confused about how to incorporate coding into their kids’ schedules. In this blog, we have bought a few effective and easy tips that you can use to help your children learn to code. But first, let us know what coding actually is and how it can help your child.

What Exactly is Coding?

What Are the Advantages of Encouraging Kids to Learn to Code?

Coding is a fascinating new field with endless possibilities for anybody willing to learn. Despite popular belief, how to learn to code isn’t very tough, especially when compared to the skills required for the highest-paying jobs. Coding for kids will teach you valuable skills. For beginners, learning to code will give you the skills and knowledge you’ll need to pursue a career as a programmer or coder. Making your kids learn to code can help children become better in the future. Similarly, being able to work as a programmer will offer you a high level of job security. In today’s world, programmers and coders are in great demand, resulting in a plethora of career options.

When Can Children Begin Coding?

Even elementary school children can begin to learn to code and computer program, despite certain prevalent misunderstandings held by many parents. Coding consists of a variety of parts and activities of varying degrees of difficulty, with the simplest elements well within the grasp of younger children. There are coding systems that even children as young as seven years old can get to grips with, and if you choose the right program and learning approach, it won’t take them long to master the basics.

Seven Things Every Parent Should Know About Coding for Kids

Coding May Assist with Schoolwork and Grades.

Children who learn to code can enhance and develop a variety of skills in their academic curriculum, including arithmetic, writing, and creativity. It may also assist them in gaining confidence at school or in other social situations.

In terms of arithmetic, coding is recognized to assist children in visualizing more abstract topics in a pleasant way that allows them to apply mathematics to real-world problem-solving while they learn to code. It’s not only about writing a program to solve a problem or accomplish a task when it comes to computer science and coding. It’s also about applying the fundamentals of mathematics to solve logical problems.

When it comes to writing, computer programming may help your kid develop a more succinct and disciplined approach to narrative and the English language, as well as enhance their written abilities. When you encourage your kid to learn to code, the child will frequently discover that there are several solutions to a problem. Sometimes a more straightforward and efficient method is preferable. It can lead to more meaningful use of written and spoken language by analyzing their critical thinking and problem-solving abilities.

They will learn to code and alongside adopt an alternative approach to addressing issues by playing with computer code, something they may not have considered previously. When a child learns a coding language, he or she might learn to produce as well as consume digital material. Instead of downloading an app or playing a video game, your child might be the one to come up with, create, and construct one.

Your child’s brain will undoubtedly get stronger and more flexible as a result of problem-solving with code.

Parents who have sent their children to coding classes or courses to learn to code, frequently say that their child’s confidence and communication have improved.

This may be attributed to not just the fundamentals of learning new activities outside of their comfort zone, but also the necessity of collaborating with other children in a classroom setting like the ones we provide.

Easy Ways to Help Your Child to Do School Homework Daily

According to a study by the UK Commission for Employment and Skills, over half of scientific, technology, engineering, and mathematics positions are difficult to fill.

With your child nearing working age in the coming decade, having a coding and programming experience might put them in high demand in the 2020s. They should not be concerned about obtaining a suitable job.

Not only that, but with actual worries that robots and artificial intelligence will eliminate specific employment categories in the next decade, there has never been a better moment for your child to learn to code.

Software is a vital component that affects all aspects of our life, and it might be considered the world’s language. We feel that if a child does not understand computer language, this may be as serious an issue as illiteracy or innumeracy is today. Although not every future profession will require coding abilities, we feel it is critical for kids to learn to code and understand the fundamentals of coding since it will improve their computational thinking.

How Important Is It To Teach Coding For Kids?