Home » Blog » Child Learning » Who Discovered Zero? the Truth Might Be Closer to Home

Who Discovered Zero? the Truth Might Be Closer to Home 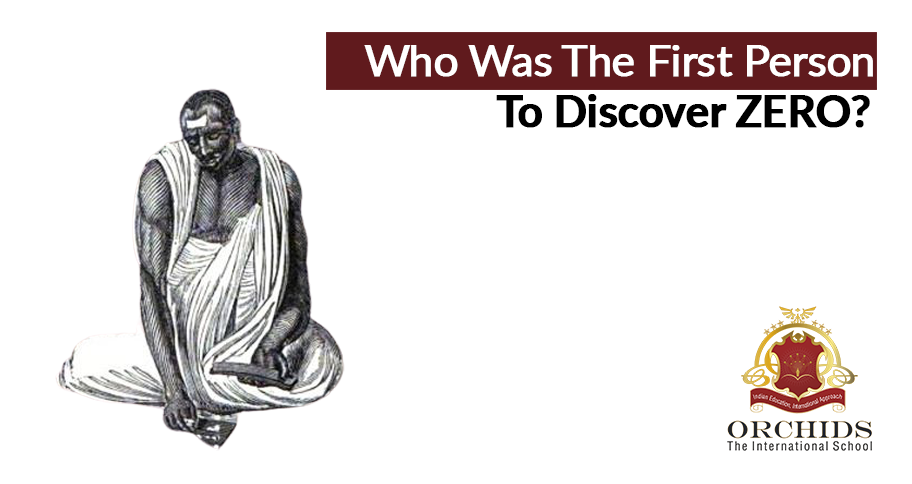 Zero. It is the first whole number in our number system. The single number has changed the way we perceive Maths and Science. Without zero, we would have no financial accounting or calculus; in fact, we wouldn’t even have the numbers like the present-day ones. But why do we have to know who discovered zero?

It’s not a reach to say that the number is responsible for the explosion of technology we see today. What has zero got to do with technology, you wonder? 0 and 1 make up the binary code. The Binary code denotes text, computer processor instructions, or any other data that uses a two-symbol system. Most modern computers use binary language for instructions and data. It is also used when storing data on CDs, DVDs, Blu-ray Discs, and long-distance telephone calls over various mobile networks.

So, what is the story behind who discovered zero? Many historians and mathematicians have studied various ancient civilizations to know in-depth about the invention and propagation of Maths and mathematic formulas. One such discovery is the creation and transformation of this unique number.

Back to Our Question, Who invented Zero? Let’s Find Out.

The Truth Behind Who Discovered Zero

The earliest known concept of zero was that of a placeholder. Many civilizations around the world discovered zero independently, including the Egyptians and the Sumerians. According to Harvard professor Robert Kaplan, the first zero is documented to be used in Mesopotamia almost 5000 years ago through a pair of angled wedges. The later civilizations were like the Babylonians, who followed the Sumerians and the Chinese. But even in these two civilizations, it was used as just a placeholder, aka, a way to tell ten from 100 or to signify an empty column present in the case of hundreds and thousands. There is no way to give true credit to any civilization for the discovery of zero.

The Babylonian concept is assumed to have traveled all the way to India, where the idea of zero was developed into a numeral. In ancient India, mathematics was mainly linked with astronomy and was used to express philosophical ideas.

“We are of the view that in ancient India are found numerous so-called cultural antecedents’ that make it plausible that the mathematical zero digit was invented there,” said Gobets, secretary and leading member of Project Zero.

Project Zero is an organization composed of academics and graduate students who study the development of zero in India. “The Zero Project hypothesizes that mathematical zero (‘shunya,’ in Sanskrit) may have arisen from the contemporaneous philosophy of emptiness or Shunyata,” said Gobets. If philosophical and cultural factors found in India were important to the development of zero as a mathematical concept, it would explain why other civilizations did not develop zero as a mathematical concept, said van der Hoek.

History of Math and Zero in India

The first modern equivalent of the numeral zero comes from a Hindu astronomer and mathematician Brahmagupta in 628. His symbol to depict the numeral was a dot underneath a number. He also wrote standard rules for reaching zero through addition and subtraction and the results of operations that include the digit.

A circle inscribed on a temple wall in Gwalior, India, dates back to the ninth century. According to the University of Oxford, this is the oldest recorded example of zero. The numeral can also be seen on an ancient Indian scroll called the Bhakehali Manuscript. Discovered in 1881, the scroll was assumed to have been a contemporary of the temple in Gwalior, but modern carbon dating reveals its origin in the third or fourth century. Thus, many scientists opine that India discovered zero.

The Modern Form of ZERO

After its development in India, zero would be taken back by the Arabian voyagers to their cities and towns. Eventually, the number would reach Baghdad by 773 AD. In the ninth century, A Persian mathematician, Mohammed ibn-Musa al-Khowarizmi, worked on equations that equaled zero. Thus, Algebra was invented. He also developed quick methods for multiplying and dividing numbers, known as algorithms. Al-Khwarizmi referred to zero as ‘sifr,’ from which our word cipher is derived. By 879 Ad, the dot had transformed and taken an oval shape that closely resembled the modern zero number.

The Last Phase of The Journey of Zero

When the Moorish conquest of Spain happened in the middle of the twelfth century, Al-Khowarizmi’s work translations finally made their way to England. Italian mathematician Fibonacci developed the number further by using it to do equations without an abacus. By the 1600s, zero had spread widely throughout Europe.

It was fundamental in Rene Descartes’ Cartesian coordinate system and in calculus, developed independently by Sir Isaac Newton and Gottfried Wilhelm Leibniz. Later, calculus paved the way for physics, engineering, computers, and most modern financial and economic theories.

The small act of the discovery of zero would later change the way civilizations developed. With modern finance, we find it much easier to conceptualize trade and business. The discovery of zero is also responsible for computers and thus all other technologies that are connected with them. But even with the numerous advantages we got since the discovery of zero, the number still fails to become a favourite number for students. Can you guess why?

The ultimate guide to create homework space for every child