6 Stages of How Kids Learn to Play 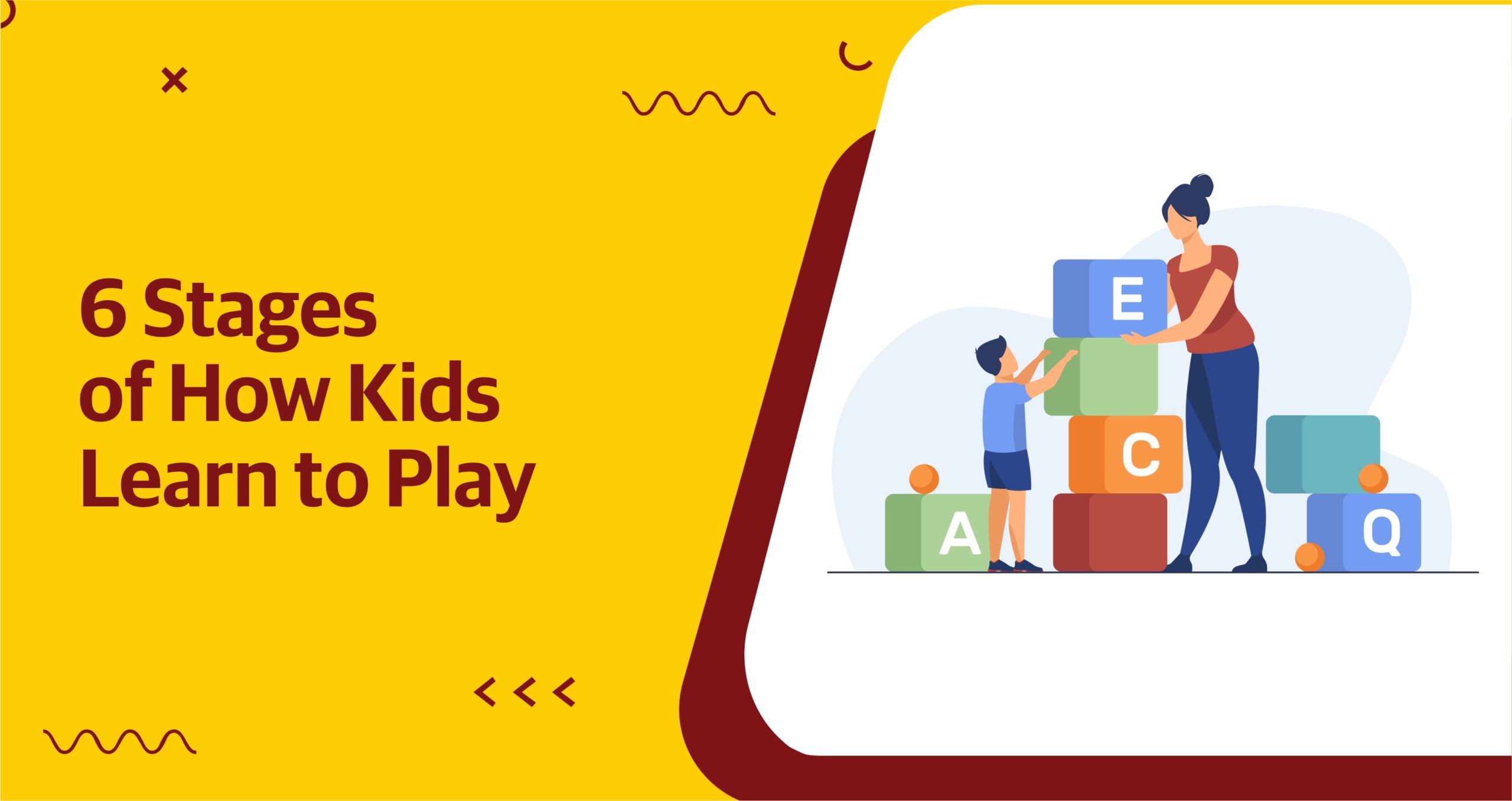 It’s all about having a good time while you play! Playing is any scheduled or unstructured activity that your kid finds pleasurable and fun. Playing, on the other hand, is much more than a pleasurable pass-time for your child! As a kid grows, he or she progresses through several phases of play development. Problem-solving, advocating for themselves, decision-making abilities, working in groups, sharing, and settling conflicts are all skills that children may develop. Taking turns isn’t always easy, and difficulties with sharing – like stealing items from others – are typical at this age. These behaviors are common among preschoolers. Because they are still transitioning and learning how to play and connect with others. Preschoolers need adult assistance and direction to comprehend and learn more about interactive play. Children who learn about their emotions, what interests them, and how to adjust to situations by using their imagination and “playing pretend” in secure surroundings can learn about their emotions, what interests them, and how to adapt to situations. Children have the chance to learn how to engage with people and behave in a variety of social circumstances when they play with each other.

Let’s take a brief outlook on how social play develops and changes over time for kids. There are six stages of the game, and it starts at birth.

6 Stages of how kids learn to play

At this time, the baby’s arms, legs, hands, and feet are all moving about a lot. They are exploring and learning about how their bodies move. They use their hands to feel and grab things. At this stage, the baby is almost always on her stomach or back. With a few exceptions at this point, they will not be able to roll over, crawl, or sit up yet because it takes several months for the muscles in the neck and upper body to strengthen enough for those abilities.

Up to this point, the baby has only known their parents and family. They have been held, rocked, sung to, kissed on the head, and cuddled. Now they need to learn about objects in the world around them. Babies at this stage can usually focus for short periods–sometimes as short as 30 seconds! Their vision is still

When a youngster is at this age, he or she is playing alone. They haven’t shown any interest in playing with others yet. They are busy at this age by themselves, and they need to be to develop their social skills.

Children will often try out new things at this age, realizing that they can always stop if they don’t like something. Namely, they seem drawn to cause and effect or the action of objects–they want to make sure it happens every time and that they can control it when it does happen. For instance, they may see a toy car move along the floor, and because of the “cause” (the child pushing it), there is an expected effect (the car moving).

During this stage, a child begins to observe other children while they play but does not join in.

Psychologist Roger Hart, who has studied how children learn to play at the University of California at Santa Cruz, suggests that once a child can predict what will happen when they push the car from one place to another, they often begin to experiment with other activities, like walking around it or away from it.

Between the ages of 1½ to 2 years old, a child’s play becomes more goal-oriented. The child begins to do things to achieve an expected effect: If they bang two blocks together, they expect the sound to come out.

The child also begins to show a clear interest in how other children play. They start imitating other children by using an object in the same way or trying to do something that another child is doing

Parallel playing occurs when a kid plays alongside or near other children but does not play with them. This type of play is usually seen with kids who are 2 years old or older. They may play side-by-side, but not together.

When a kid begins to engage with people while playing, although there is little interaction at this time. A youngster may be engaged in an activity that is relevant to the children around him, yet he may not be engaging with them. For example, children may be playing on the same piece of playground equipment but doing various activities such as climbing, sliding, and swinging, etc.

“Play is the highest form of research,” Albert Einstein said. We used to believe that playing is just about having a good time and is thoughtless. However, evidence shows that children learn even when they are playing. Children may learn not just science, math, and engineering via playing, but they can also develop crucial social skills.Play starts when we are kids, but it does not stop there! Including space in your child’s daily routine and giving them time to play is essential for their development at every age. These six stages are standard guidelines for what to expect of your child’s play skills but remember every kid is unique and if you have concerns, bring them up with your healthcare provider.

The Potential of Play: How Games For Kids Help Them Thrive