The Multi-Dimensional Benefits of Learning a Foreign Language 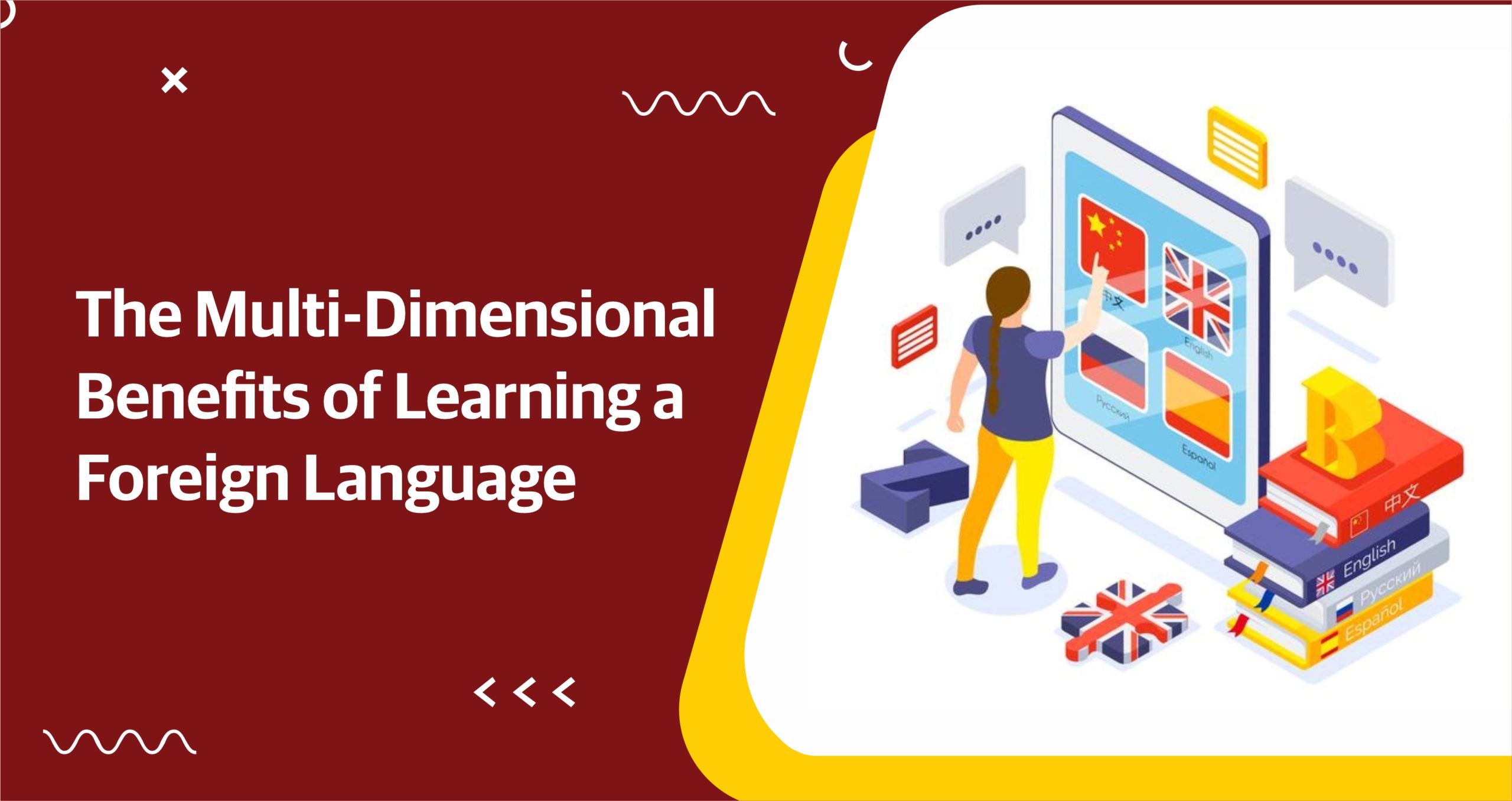 There are many benefits to learning a foreign language! It is important for kids to be exposed to and immersed in different cultures, whether they are living abroad or just traveling. Learning how to speak another language will open up opportunities for them that may not have been available otherwise. In this article, we’ll go over some of the most common reasons why parents should encourage their kids to learn a foreign language.

10 Reasons Why Kids Must Learn a Foreign Language

The world is getting smaller thanks to technology and the Internet. But it also proves that in no time, many new hidden languages will be known around the world. So teaching your child a foreign language will give them the skill to learn more languages and also gain communication skills! Here are 10 reasons why learning a foreign language can benefit your child’s skill development.

Kids Brains Will Be Benefitted

Research shows that children who speak two or more languages do better than monolinguals at activities that demand multitasking and attention. They have better focus skills when they speak two languages. It’s shown in research that even babies who are exposed to multiple languages have more distinct cognitive processes in their brains than monolinguals. Children tend to grow smarter because of their brains that started being too active right from their childhood.

The Child’s Communication Skills Will Enhance

The child’s communication with others will be much better if they are able to speak more than one language. When they can communicate with others in their native language, they will build stronger bonds and have a better understanding of them. Kids will profit for the rest of their lives from cross-cultural friendships, expanded job options, thrilling travel adventures, and be able to lead a multicultural group without any struggles.

Kids become more aware of other cultures if they are able to speak in their language. They’ll have an understanding and empathy for people from different backgrounds, which is a good skill to possess when growing up. The world is becoming global in every aspect, and developing empathy for different cultures will help them become better global leaders.

Do you wish to improve your child’s creativity skills? If so, learning a foreign language is one of the unexpected methods. When you learn a new language, your brain becomes more flexible and creative. This leads to so many benefits for the person’s own life as well as being able to better understand other cultures. It has been shown in several studies that bilinguals have higher levels of creativity and problem-solving skills than those who have knowledge of just one language.

Your bilingual children will have a better chance than monolinguals to get better job opportunities and promotions, as well as be able to work with people from other countries. According to MIT economist Albert Saiz, American college graduates who can speak an additional foreign language earn a 2% higher pay than those who can’t. Great news right?

What if we told you that learning a foreign language also improves your child’s skills in math? Studies have shown that bilingual children perform better on skills involving verbal and nonverbal reasoning, including basic arithmetic skills. Remember, these are essential skills for children and they automatically develop when children engage in new language training.

Traveling Around Will Be Easy

We all require a tour guide when we go to a new country because we won’t be able to understand a word. But your child can easily navigate if they’re well equipped with multi-language skills. To make this possible, you can even send your child abroad, because it is a fantastic way to improve your child’s foreign language skills. Knowing a second language makes learning other new languages simpler. Knowing simple greetings such as hello, how are you, and thank you will boost them to learn more.

Music Skills Will Be Benefitted

Are language and music correlated? How? If you’ve been eyeing a second language for your child, consider the benefits of music skills as well. A bilingual person has an advantage in developing skills in learning how to read and write musical notation while they learn to speak their new tongue. Your child will also get to know the different music customs around the globe so they’ll eventually fall in love with the instruments.

School Subjects Will Be Easier

Obviously, the skills we just mentioned will help your child excel in their school subjects. But there’s more! Let’s say they’re learning Spanish and that takes up one of their classes every day for a year. They’ll be able to speak it fluently by the end of it – which means less time spent on homework! Your child will ace all the core subjects because of their ability to focus and multitask.

Being Fluent in Two+ Languages Is Fun

Learning a foreign language is always fun. It feels cool to be bilingual because the skills they’ll learn will follow them for their whole life. The immense appreciation that they’ll receive will give them a sense of accomplishment and boost their self-confidence.

Learning a new language will be fun and productive for your child. It’ll give them skills that they can use throughout their life in a multitude of ways. It’s a great way to make new friends with people from around the world, and it might even lead them on an adventure all around the globe!

So, which foreign language does your child want to learn?

This is How Skill Development Benefits Your Child!