Why You Should Give Your Child a Musical Instrument to Learn 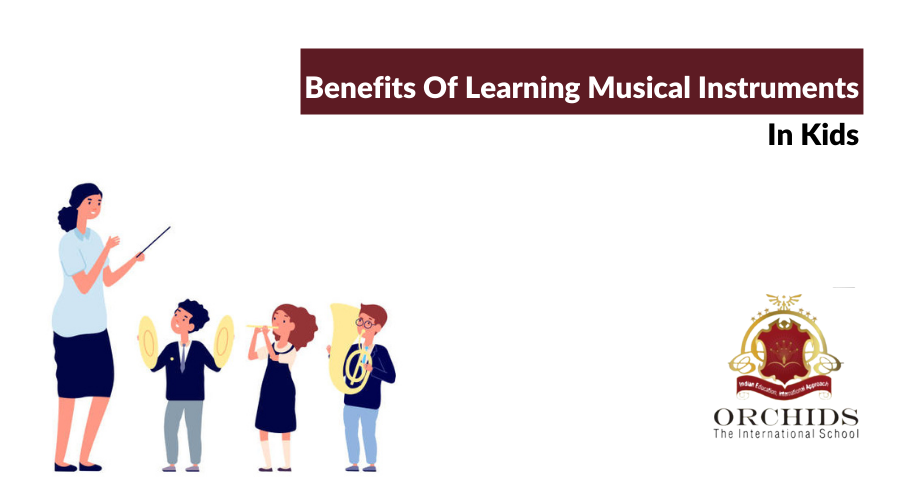 Playing musical instruments encourages children to focus on tasks over an extended period because the activity requires persistence and patience. Children who begin learning musical instruments at a very early age demonstrate better language development than those whose parents do not emphasise musical training during these first years of life, and this effect can be seen in even the youngest musical children with significant musical experience.

Here are 10 reasons you should encourage your child to learn a musical instrument.

Learning a musical instrument is a hobby. And that can help a child improve their hand-eye coordination, fine motor skills, and socialisation skills with other people. The children who practice music skills are likely to have a healthy mental state.

3. Musical Instruments Are a Rewarding Hobby

There is an essential part of socialisation involved between the performers and the audience and other musicians in musical instruments, musical groups, or musical bands. The musical instrument requires a lot of concentration, which can affect a child’s mental health, especially if they are going through puberty and self-awareness changes. However, it helps children to improve their mental state much faster as it benefits both parties: those who play musical instruments and those who listen to such musical performances.

A musical group has a leader who dictates how each player should play their musical instrument, often known as the conductor in orchestral settings. Being part of such a group boosts performing and social skills as musical groups are usually treated as a community. This means that children become more confident in social settings because they are now part of one big group.

Whether written or spoken, language skills are critical for child development; musical performances also help players improve their language skills, primarily if the musical piece they play comprises words. Children who play musical instruments will have a much easier time learning how to use words correctly. And express themselves much better than those who lack musical experience.

Children diagnosed with ADHD should be encouraged to engage in musical activities to benefit from improved listening and concentration levels. Musical activities teach them how to focus on specific musical elements and help improve their listening skills. Parents who are not aware of musical instruments that might help their children with attention problems should consider flutes or violins. Because they are easy to play and require minimal coordination, perfect for children who quickly lose concentration.

9. Increase the IQ Level in Kids

Certain musical activities such as playing piano or violin can increase intellectual quotient as music stimulates specific neurological pathways. According to various studies done by researchers worldwide, students who learn musical instruments exhibit higher performance levels in reading and mathematics than those who do not have musical experience.

Many schools now offer classes for learning instruments and even encourage parents to provide musical education at home to increase their IQ levels.

10. Helps in the Development of Musical Thinking

Playing instruments has been seen as one of the best ways to increase intelligence in children and among adults. The development of musical thinking is learned much faster when a kid learns to play an instrument as certain skills. Such as note reading, hand-eye coordination, and a mix of music theory are learned without even trying too hard to know them. This helps kids use musical skills all through life. And help them understand creativity much better than those who cannot read notes or musical symbols.

Music can become a lifelong source of pleasure and satisfaction. If approached early in life in a positive and stimulating environment. Children who learn to play musical instruments at an early age show differences in brain development compared to their non-musician peers.

You can also read

Why is Music Education Important in Schools?

The Importance of Experiential Learning for Children