The Best Way for Kids to Learn Maths 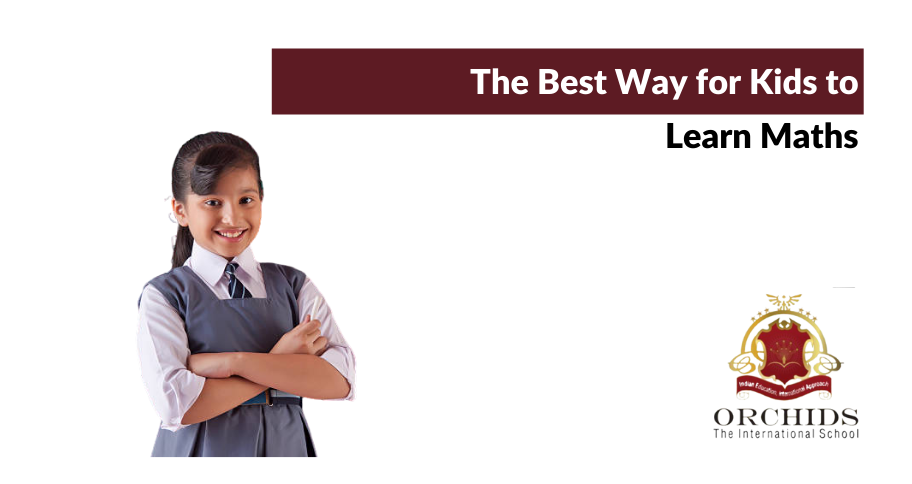 Math has always been a sort of mystery for students.  As they often struggle to get a hold of the main concepts of the subject, this can make it difficult for them to be academically successful. As it happens in most cases, the failure to learn maths in the early years of education will have an impact on the student’s ability to pursue more advanced courses at a later stage. But it doesn’t have to be that way. Not always.

There are several methods students, parents, and to some extent, math tutors can utilize to help people get a better understanding of the subject.

In order to have your child learn maths, you need to start early. Buy age-specific math books that have numbers, number drawings, and number colouring as the only theme.  As your child starts to use the book, they will get a hang of the numbers and will start loving numbers.

Another strategy you can do is to give your child some currency notes and ask them to count the total amount. Although it’s not really wise to introduce children to money so early in life, you can still try this to instil some mathematical skills. Ensure you don’t give them coins as they might swallow and choke on them.

Very often children try to memorize the sequence or procedure of steps involved in solving a  math, physics, and chemistry problem without understanding the basic concept and that’s where they falter. They don’t try to understand the reason why the steps are required in a procedure. In order to help your child get his basics right, you need to explain the existence of why and not just the how.

3. Set An Example to Learn Maths

There are several examples where adults say they hated math in school. Don’t say this in front of your child as it can cause math anxiety in them, which can remain for as long as possible. Instead, you should help your child get an interest in math by counting money in front of them, calculate the expenses or savings of the month, taking them to a grocery or supermarket and paying in exact cash, so on and so forth. You can also engage them in small pep talks and tell them about the necessity to learn maths in science studies or in professions like engineering, architecture, piloting an aircraft, and so on. These small talks with an example can make a big difference in how they perceive math.

Solving math in a book is just that and has no real-world application. There can be a world of difference in their understanding of math if you engage them in small real-world examples. Make them count the total bill after your grocery shopping. Ask them how many soaps you need in a month if four people are finishing one soap every 10 days. Ask them to count the cost of recharging all the prepaid phones in the house for one month or even the cost of recharging your satellite TV for two or more months.

There are several examples you can find around you to learn maths.

Just like history which connects the past to the present or languages that have a relationship with words and letters, Math expresses the relationships between numbers. Just like to learn a new language you need to practice, learning mathematics requires you to practice each concept separately.

There are several other ways your child can learn maths. Some of these are:

As parents, we always encourage our children to read and write after school hours and for the most time, math isn’t really a part of that. It often happens that we leave learning math to school. Like every subject, your child’s mathematical skills and confidence will improve with daily practice and support at home.

At Orchids The International School, we teach our students to learn maths in several interesting ways so that their knowledge of the subject increases and they become proficient.