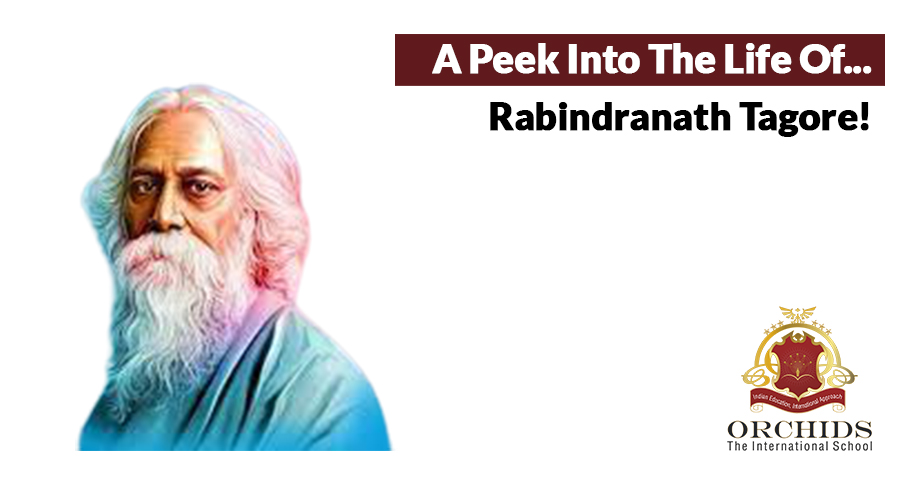 “Clouds come floating into my life, no longer to carry rain or usher storm, but to add colour to my sunset sky.”

The depth of this quote by Rabindranath Tagore depicts what a great thinker he was. We know Rabindranath Tagore as a poet and a laureate, but he had many more titles under his name. He was also a philosopher, a writer, a dramatist, a composer, a painter, a novelist and an educationist!

He discovered the poet in him at the age of eight and that marked the beginning of the making of one of the greatest poets India has ever known. While most of us merely begin to think about our future at the age of sixteen, Tagore published his first set of poems in a collection called ‘Bhanusimha’ or ‘Sun Lion’.

Rabindranath Tagore led a life of determination and respect, influencing many people across the world. Let us take a look at some of the lesser known facts about the great laureate that give us a closer look at his life and personality.

The First Indian to Win the Nobel Prize for Literature!

His great writings led him to achieve remarkable milestones in life. Rabindranath Tagore was the first Indian to win the Nobel Prize for Literature! Being one of the most prized possessions, it was kept in Shantiniketan’s University in a safety vault but it was stolen in the year 2004. After the news broke out to the Swedish Academy, they sent two replicas of the original Nobel Prize, one made of gold and the other of bronze.

“The highest education is that which does not merely give us information but makes our life in harmony with all existence.”

Tagore had a different vision for the education system in India. He wanted to break free of the traditional systems of education and build an institution that was not fully conventional. He turned this dream into a reality when he won the Nobel Prize. Rabindranath Tagore invested his Nobel Prize money to build an educational institution called Vishwa Bharati in Shantiniketan, West Bengal.

Many talk about the reforms they want to bring in the existing system but only a few take actions towards it. Tagore was one of those who changed the meaning of education, making him a true educationist.

Tagore was a spiritual being. His spirituality is portrayed through all of his writings, songs and thoughts. In 1930 took place the unimaginable face-off between spirituality and science. Albert Einstein invited Tagore to his residence to chat about God, Truth, Science and Humanity. Their beliefs might have been two poles apart, but they were both in awe of each other’s characters! Their conversation was documented in the Note on the Nature of Reality which you and your kids can read online!

He Made Gandhi ‘Mahatma’…

Rabindranath Tagore wanted to see India become independent of the British Raj and supported Gandhi’s ideology of a free India. We all know Gandhi as Mahatma and it is because of Tagore. He was the first one to give him the title of Mahatma and since then it became Gandhi’s identity.

Tagore’s artistic brilliance did not get limited to just words. He discovered his love for painting at the age of sixty! In a letter to Jagdishchandra Bose in 1900 he wrote “Just as a mother lavishes most affection on her ugliest son, so I feel secretly drawn to the very skill that comes to me least easily.” This explains beautifully that there is no age to discover your passion and that one person can have multiple interests.

In his entire lifetime, Rabindranath Tagore wrote more than two thousand songs! All of his songs are called ‘Rabindra Sangit’ and most of them are inspired by his experiences while travelling the world.

“Don’t limit a child to your own learning for he was born in another time.”

Give your child the best reading experience with these books by Rabindranath Tagore:

There is an artist hidden in each one of us. To bring it outside we need inspiration and encouragement from the people around us. Tagore’s poems and short stories will inspire your hidden artist to bloom out of the closet and bring their imagination to life through colours, words and music!

Which is your favourite work of Rabindranath Tagore?

How developing interest in arts helps your child