Children’s Books To Read During The Extended Covid-19 Lockdown 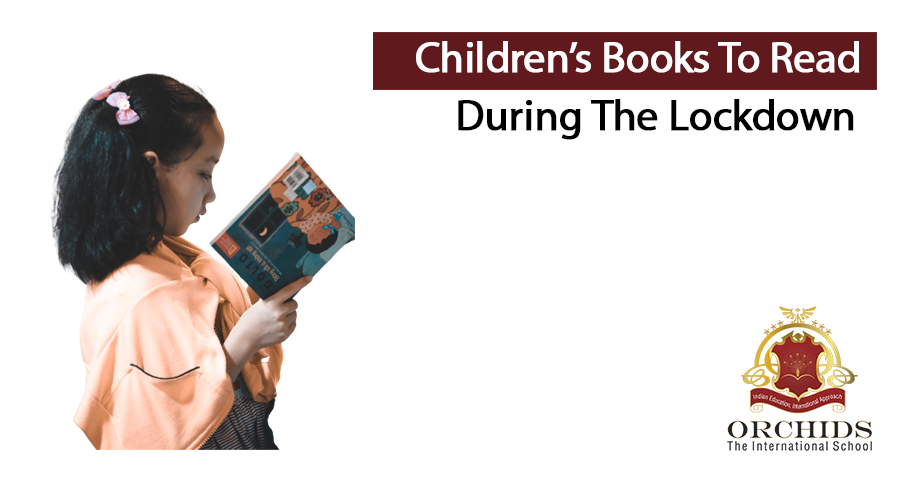 In 2020 the World Economic Forum (WEF) came up with a list of six children’s books to read to help children overcome the insecurity and frustration of living at home due to the raging pandemic.

According to the WEF, children’s books are ideal for mitigating risks associated with the ongoing pandemic and calming their fears. It is also a tool that can help them adjust to this whole new world, where nothing is the same anymore.

Children’s Books to Read For Age 1-4

Focused on teaching children various shapes and sizes in an adventurous and creative way, The Shape of Me and Other Stuff was written and illustrated by Theodor Geisel under the pen name of Dr Seuss in 1973. The book has been done in silhouette and explores different shapes for objects that babies and toddlers can easily understand.

Designed, illustrated, and written by Eric Carle in 1968, The Very Hungry Caterpillar is a children’s picture book about a hungry caterpillar that eats a wide variety of food before becoming a butterfly. The book has received several literary and graphics design awards and is still fresh 40 years after being launched.

Written and published in 1942 by Margaret Wise Brown, The Runaway Bunny picture book is about a young rabbit who wants to escape from his mother. In this game of hide-and-seek, he does escape her. However, the mother is never far from the young bunny. At one stage, she tells him:

“If you run away, I will run after you. For you are my little bunny.” The book is all about a mother’s love for her child.

Snuggle Puppy by Sara Boynton is a beautiful story about a mother dog’s love for her puppies. A significant part of the book is in illustrations, which means it’s light on text but image-heavy and is pleasing to the eye. The language and illustrations are pure fun and joy to both the eyes and the mind.

Author Nancy Tillman’s On the Night You Were Born is a beautiful book with touching rhymes. Every child is unique, and this picture book wonderfully conveys that message while celebrating children.

Children’s Books to Read For Age 3-7

First published in 1999 by British writer and playwright Julia Donaldson, The Gruffalo tells the story of a mouse walking in the woods. It is written in rhyming couplets that repeat across the book with minor changes. There is a bestselling sequel to The Gruffalo’s Child, which is about Gruffalo’s daughter, who starts walking in a deep dark wood searching for “big bad mouse,” despite her father’s warning.

Brown Bear, Brown Bear, What Do You See? by American authors Bill Martin Jr., and Eric Carle is a simple story about animals. The book has a minimalistic plot where the narrator asks other animals what they see, and the answer is usually another animal and the story repeats. The main characters are a brown bear, a red bird, a yellow duck, a blue horse, and other animals.

Written to help children overcome bedtime fear, Go Away, Big Green Monster has sold over 10 lakh copies from the time it was launched more than 25 years ago. Writer and illustrator Ed Emberley have created a beautiful book in which a green monster grows as children turn pages, and by the end of the book, the monster disappears as children take charge of their fear.

Children’s Books to Read For Age 8+

Written in 1938 by Richard and Florence Atwater, Mr Popper’s Penguins is a children’s book that tells the story of Mr Popper, a house painter of modest means. He keeps a penguin named Captain Cook as a pet. Captain Cook soon meets a female penguin, and soon they have ten baby penguins. The story ends with how Mr Poppers plan to keep the penguins away from his home.

2.   Charlie and the Chocolate Factory

Who can forget Charlie and the Chocolate Factory? The book and its cinematic version both are legendary among children. Written in 1964 by British author Roald Dahl, the story is about Charlie Bucket, who goes inside a chocolate factory owned by Willy Wonka, whose behaviour is pretty eccentric.

First published in 2005, Wolves is an illustrated children’s book by British author Emily Gravett. The story is about a rabbit that goes to a library to borrow a book about “Wolves,” as “approved by the National Curriculum.” It’s a fun ride for your child.

4.   Where the Wild Things Are

“Where the Wild Things Are” is an emotional story of a young boy called Max, who is mischievous and super-naughty. Although only 338 words long, the book has won several awards for its story and characterization. The book was written by Maurice Sendak and was first published in 2000.

Other than these, your child can read several other notable children’s books to read like:

With the lockdown extending in bursts for over a year and a half, it can be challenging for children to cope. Make sure they have the ability to try out new things so that they do not get bored. Reading is a great way to cope with boredom and learn too in the process We hope that our list gives you a little help in that regard!