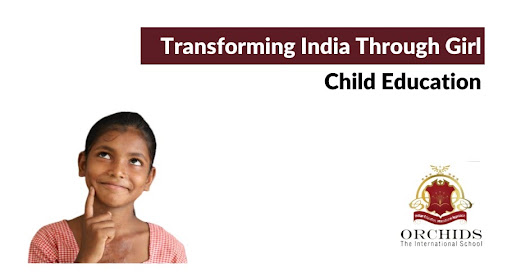 In India, 165 million women over the age of 15 are illiterate, and just 49% of females participate in secondary school. In this blog, we have analyzed the state of female education in India and the many hurdles that females encounter in obtaining a good education. It then goes through measures being made to address these challenges, as well as major actors in the industry and where financing may help.

Due to widespread societal and cultural prejudice against women, females in India are frequently denied an education. Investing in female education, on the other hand, has significant societal benefits, such as fewer families and a lower risk of domestic violence, improved vaccination, and lower newborn mortality rates, and a bigger, higher-quality workforce.

To comprehend the current predicament of females and female education in India, particularly in rural areas, it is necessary to recognize that prejudice has deep cultural and societal origins. females are routinely denied access to education, and cultural norms surrounding puberty frequently prevent them from leaving their homes and communities to attend schools or colleges.

What is Women Empowerment?

Women’s empowerment, according to the United National Development Fund for Women (UNIFEM), entails:

• Gaining knowledge and awareness of gender relations and the methods in which these interactions may be altered.

• Acquiring a sense of self-worth, faith in one’s ability to effect desired changes, and the ability to direct one’s own life.

• Having the ability to make decisions gives you negotiating power.

• Improving one’s abilities to organize and influence social change to achieve a more just social and economic order on a national and worldwide scale.

Hence, Empowerment refers to a psychological sense of personal control or influence, as well as a concern for actual social influence, political authority, and legal rights.

Education is a powerful tool for empowering women

In any community, state, or country, women’s empowerment is critical. In a child’s fundamental life, it is a woman who performs a prominent role. Women have a significant role in our culture. Women’s empowerment via female education might result in a good attitude shift. As a result, it is critical for India’s socio-economic and political development.

The Indian Constitution enables the government to take affirmative action to encourage women’s empowerment. Female education has a huge impact on their lives. Women’s empowerment is a global problem, and numerous official and informal movements throughout the world focus on women’s political rights.

Why should we invest in female education?

Education empowers females to make better life decisions and improves their health, with positive consequences for their families and society as a whole.

Any society’s true growth and improvement are unattainable if females are excluded. Future social and economic goals are highly reliant on the current state of females. Individuals, families, and society as a whole gain from female education, which produces some of the best returns of any development investment. females have the power to influence their families and communities in ways that have never been seen before.

Why is female education important?

Future generations’ health is inextricably connected to the current physical state of females and women. Each year a woman remains in education, her infant mortality drops by 8%. Here are some of the countless reasons why is female education important:

Almost one in every two women in India cannot read or write, resulting in a total of 165 million illiterate women.

India has the highest proportion of illiterates of any country on the planet, with nearly twice as many women as males. The national average female illiteracy rate (age 15 and older) is 45.5 percent, whereas the male illiteracy rate is 23.1 percent (UNFPC, 2009). Almost one in every two women in India is illiterate.

Approximately 82 percent of females in the first grade dropout before they reach the age of fifteen.

Although the government now states that at the primary level India has achieved 82% enrollment, this is not an indication of regular attendance. According to government sources, there are primary schools within one kilometer of 94% of India’s population. However, despite this relatively good access, females’ attendance is extremely low, as illustrated by the above drop-out rates. These dropout figures are more indicative of the situation of female education than looking at enrollment levels in isolation.

The school system as a whole is failing females

Even when a female can enroll in school, a substantial majority of females in primary school classrooms lack basic numeracy and reading abilities. According to a 2006 World Bank research, 50% of 10-year-old children polled were unable to read, and 28% of 11-12-year-old students were unable to complete two-digit subtraction. This clearly indicates the situation of female education in our country.

Females have the same right to opportunity, knowledge, economic and social involvement, and freedom from violence as boys. Consistent efforts can make a difference in the field of female education. There are some creative solutions to the challenges that females face in school. We can ensure that the power of every female to improve her family and society is harnessed and used to transform India with the proper funding and a focus on scaling up the greatest ideas.

The importance of teaching children teamwork and sportsmanship

How to teach moral values to kids?