Home » Blog » Creativity » What Role Does Music Play in a Child’s Development?

What Role Does Music Play in a Child’s Development? 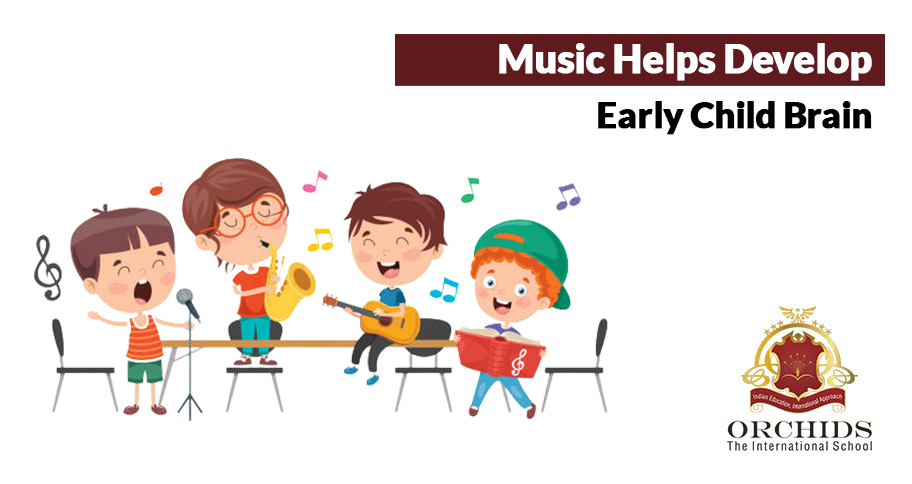 “Musical training is a more potent instrument than any other because rhythm and harmony find their way into the inward places of the soul.”

The Greek philosopher Plato wrote this in his dialogue “The Republic” thousands of years ago but the words still hold, to this day and age.

Music is the Rhythm of Life

From time immemorial, man has used music for almost everything. From praising god and nature to entertainment and relaxing the mind, music has played an important role in our lives. The role of music is not just limited to these; it also helps in children’s early growth and development. According to researchers, when children are introduced to music early on, their quality of life improves drastically. It is now a fact that there is some correlation between music and child’s development.

According to a 2016 research conducted by the University of Southern California, children that learned to play musical instrument had better brain development—specifically in reading skills and language acquisition— than children that didn’t play any instrument. As music and children’s brain development are two interspersed fields, we cannot overlook them.

The Importance of Music in a Child’s Development

Music in a child’s development has gained some prominence for many years. Music, like academics, plays an important role in the child’s overall development. When children are exposed to music at an early age, it helps improve not just their language skills but also their emotional, motor, and intellectual skills. It also helps them make a career out of music.

Look at all the top musicians and singers and you will know why they are all successful—they all started learning music early in their lives. Think of your child as the next musical genius. Music also helps a child’s development with better mind-body coordination, speak clearly, and boosting memory and brainpower.

While adults already know the meaning of thousands of words, children don’t and that’s where music comes into the picture. Children are learning newer words every day their brain is hard-wired to learn, understand, and process the words they hear in a song or music. Gaining language skills is an integral part of a child’s development trajectory. They grow up using a rich repertoire of words they hear in music in their daily conversations at homes and school as well as with other kids.

Music is known to make kids smarter by enhancing their IQ. According to the 2017 article published in The Conversation, listening to music helps improve certain kinds of mental tasks. The article also mentions that learning to play certain musical instruments can help children do better in spellings or science projects at schools.

Just as music can lift the spirit of an adult, it can soothe a child. When parents sing a lullaby or play a song, it can have a calming effect on the child. In short, music has a therapeutic effect on the child’s development goals.

Although your child may not probably understand the song or the lyrics, you may have seen them dancing to a certain tune or enjoy the complete song. Music helps your children to develop fine and gross motor skills, both equally vital for any child’s development.

Exposing children early to music helps them build on social, emotional, educational, and creative skills. Even before they start with pre-schooling, children would have started listening to music at home by way of lullabies, rhymes, or even songs on the radio and TV.

Music, in child’s development, plays an important part that there exist various theories and hypotheses regarding that. As a parent, you must encourage your child to both listen to music and learn to play musical instruments as this will improve their cognitive and behavioural abilities.

How to Teach Your Kid a Foreign Language

Teach The Benefits of Yoga To Your Kids, On This World Yoga Day