The Problem Of Drugs And Alcohol Abuse In Students In India 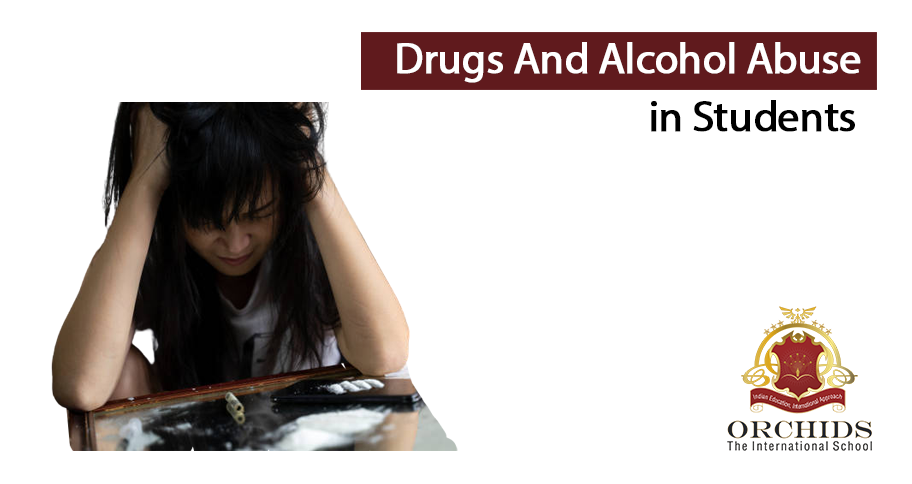 Primetime television news. An anchor dramatizing a celeb scandal by loudly asking for drugs. Soon enough, the whole internet got flooded by memes from that incident. Gifs, screencaps, Indian netizens left no medium untouched. But amid all the laughter and theatrics, not a lot of attention was paid to the actual issue plaguing our society: drugs and alcohol abuse.

The public reaction to the drugs and alcohol abuse scandal of Bollywood celebs reaffirmed the popular consensus among Indian citizens. Drug abuse is an affliction of rich and famous people. We, the average humans, have nothing to do with it. But is it true?

Drugs And Alcohol Abuse In India

Drugs and alcohol abuse is not a class issue. It exists everywhere in Indian society, right from the rich villas to the slums. You might not know anyone who abuses drugs, but if you are in school or college, there is always a friend of a friend who suffers from addiction.

According to the data by the National Crime Records Bureau, over 2,300 people died due to drug overdose from 2017-19 in India, with the highest number of such fatalities recorded in the age group of 30-45 years.

The analysis of a report on substance abuse by the National Drug Dependence Treatment Centre, AIIMS by India Today, found that about 3.1 crore people in India use cannabis regularly. It also found that 2.3 crore Indians had used opioids.

The epidemic of addiction reached its peak when the first thing people hoarded during the lockdown was alcohol instead of necessities. But enough about adults, let’s talk about the rising drugs and alcohol abuse in teenagers. And what we can do about it.

Drugs And Alcohol Abuse In Adolescence

While alcohol is easily available, illegal drugs not so much. When we talk about drugs accessible to students, it mainly points to cannabis and sedatives like opioids. You might be familiar with the local names of these, Ganja (marijuana), charas (hashish), cocaine, heroin and opium(Doda, phukki or poppy husk).

The Indian Journal of Psychiatry stated in a meta-analysis that:

These are consumed either at a social company or alone at home. But what is the reason behind the prevalence of drug abuse in youth? The accessibility? The popularity? Or just peer pressure?

Reasons Behind Drugs And Alcohol Abuse In Students

Stress is the primary factor for drugs and alcohol abuse in class 12. In Indian society, the board exams are considered the “make it or break it” situation of your future career. This puts immense pressure on the students. The students also lack any other coping mechanisms due to their jam-packed schedule. Thus, all it takes is a push for them to start relieving their stress by using opioids and cannabis.

Poverty is undoubtedly a big reason behind substance abuse in poor kids. Sometimes it’s the parental negligence and easy availability that leads them there. Other times, it’s the systematic barriers against poor students in all educational institutes and workplaces, pushing them to drugs.

Peer pressure can lead to many activities – bullying, committing dangerous behaviour, flunking school and, of course, drugs and alcohol abuse. Whether it’s from the desire to fit into a group or to prevent being bullied, kids in schools and universities can give in to the pressure of using addictive substances.

Celebrities can influence the attitude and values of their fans, especially adolescent children, towards drugs and alcohol. Since young kids lack awareness regarding the actual extent of damage, they can often follow in their idols’ footsteps.

Lastly, there is a serious lack of public awareness campaigns against drugs and alcohol abuse. To avoid substance abuse, an individual needs to be made aware of the consequences of their addiction. Awareness campaigns are especially useful in the context of schools and universities.

What can we do about it?

To sum it up, there is an alarming increase in the rate of drugs and alcohol abuse in school going kids. Infact, the Indian Journal of Psychiatry estimates one in every 5 kids is affected by substance abuse. Studies have shown again and again that prevention is tenfold better than curing an addiction issue. It’s time we take a hard look around us and become aware of this disorder affecting our society.

26th June is also designated as the International Day Against Drug Abuse and Illicit Trafficking 2021.

If you or a family member is a victim of substance abuse, you can seek help through the 24×7 Toll-Free Drug De-addiction Helpline number – 1800110031.

Out Of Water: The Effects Of The Water Scarcity In India.

How Does Choosing A School Impact Your Child’s Future Career Opportunities?