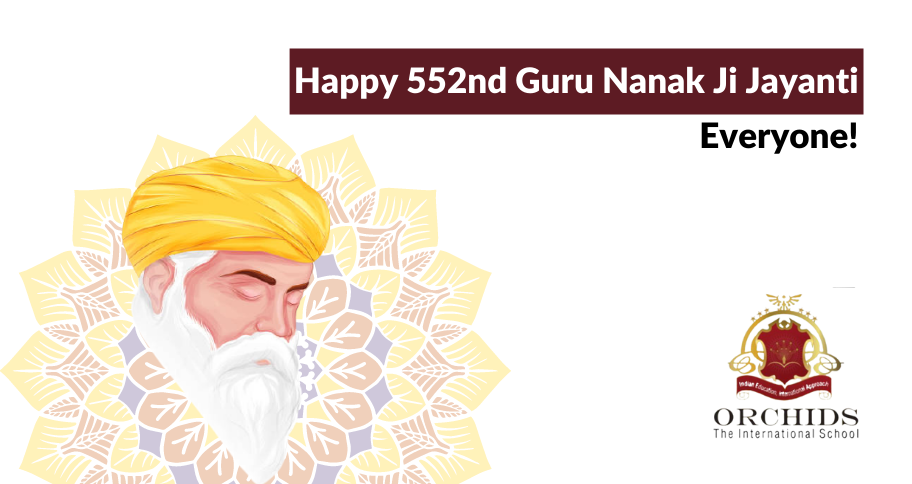 Guru Nanak Jayanti is a day to celebrate the founder of Sikhism and honor his teachings. The date for Guru Nanak Jayanti changes every year as it follows the lunar calendar, but it typically falls in November. It is customary to spend this day meditating on one’s spiritual journey and listening to readings from the Guru Granth Sahib, which contains writings by Guru Nanak and other Gurus. This blog post will provide some more information about what exactly happens on this memorable holiday so that you can learn more about your spiritual journey!

Guru Nanak was the founder of Sikhism. He lived from 1469 to 1539 in Punjab, India. Guru Nanak experienced a spiritual awakening in his early life that led him to spend most of his time meditating alone in the Himalayas. After many years, he began teaching and sharing his message with others which can be found in the Guru Granth Sahib, a holy text or scripture of Sikhism.

Guru Nanak Jayanti is a Sikh festival celebrated on Kartik Pooranmashi, the full-moon day of Kartik in the Nanakshahi calendar. The festival commemorates the birth of Guru Nanak Dev Ji, the founder of Sikhism and the first guru of Sikhism, which falls on Katak Pooranmashi (the full moon day) in November/December every year according to the Punjabi calendar.

Guru Nanak Jayanti falls on the full moon day in November each year and is a time to reflect on his life and teachings, which are still significant today. The important scripture called the Guru Granth Sahib talks about universal truths such as truth, contentment, and spirituality. The central tenet of the Sikh religion is that there is One God who has many names such as Truth (Sat), Creator (Karam), and Formless (Nirankar). Sikhs aim to lead a life full of love for others, humility, equality, and respect for all people regardless of caste, creed, gender, or race.

The Sikh community celebrates Guru Nanak Jayanti, but it is also essential to Hindus, Buddhists, and Jains.

Nanak was born in 1469 in what is now Pakistan, the first of 10 gurus who brought about many changes, including abolishing the caste system, closing down temples that practiced untouchability and child brides. He also stressed the need for women to be treated with respect and equality. This is important even today when there is so much violence against women in so many countries globally.

Bhai Mardana was one of the first followers of Guru Nanak’s teachings and was a Muslim. And it is believed that before he died at the age of 95, Guru Nanak appointed Bhai Lehna as the next guru and asked him to follow the path shown by him.

Guru Nanak was born in a time of conflict, and he brought about many changes that transformed India. His teachings were followed by eleven more gurus who introduced reforms such as abolishing child marriage and stopping discrimination between caste and class. Guru Nanak would go for walks at night to avoid being seen by the royalty in the area who saw him as a threat.

Many of his teachings were about equality and emphasized that everyone is equal. For example, he said all the major religions are the same, and they seek truth through different paths. He also stressed that everyone could attain God rather than saying it was for a chosen few. His teachings continue to influence the lives of many Hindus and Sikhs even today.

There are many ways of celebrating Guru Nanak Jayanti. The most common ways are through reciting shabads at home or in the local Gurdwara. Sikhs can also celebrate through special prayers, lantern lighting ceremonies, and by attending the Gurudwara. Many Sikhs also visit holy places or Tirthas during this time associated with Guru Nanak’s life. One example of a tirtha is Kurukshetra, where some believe that Baba Ji performed miracles. Some Sikh families also celebrate this day by lighting oil lamps in their houses or lighting crackers. Sikhs also celebrate by cooking unique dishes, such as khichdi and kadhi. A combination of both secular and religious observances mark this festival.

All the families celebrating Guru Nanak Jayanti cook and eat sumptuous meals together. It is said that all five flavors – sweet, sour, salty, bitter, and spicy – should be included in the food.

Lighting Up the Day!

It is customary for Sikhs to visit Gurdwaras on Guru Nanak Jayanti. Many people also exchange visits with Prashad or sweet dishes. There are huge Melas or fairs held throughout the country in honor of the revered saint’s birth anniversary. It is also a day for socializing and making merry. People visit parks, cinemas, and other recreational places to celebrate the occasion. In fact, children often arrange small functions in their schools to worship their Gurus on this holy day.

Celebrate this auspicious day with your family and friends by exchanging sweets and greetings. Tell your children the story behind celebrating Guru Nanak Jayanti as this day brings together everyone irrespective of caste, creed, and religion to join in festive celebrations, which are marked with recitations from Puratan Sri Guru Granth Sahib. Prayers are offered for the peace and progress of society.

Happy Guru Nanak Jayanti to you and your family!

Why is Earth Day More Important than Ever?