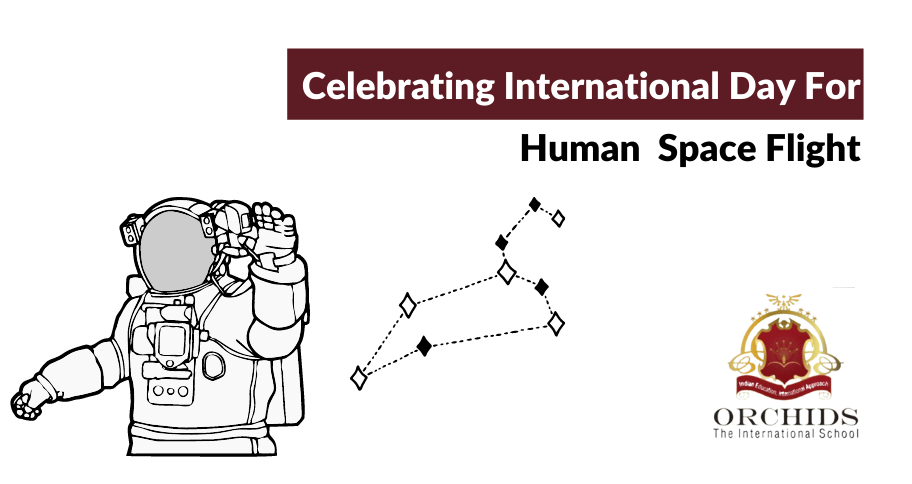 To commemorate the odyssey of humanity into the unending void that is space, the UN has declared April 12th as the International Day of Human Space Flight. In its General Assembly on April 7th, 2011, the UN made this decision, stating, “to celebrate each year at the international level the beginning of the space era for mankind, reaffirming the important contribution of space science and technology in achieving sustainable development goals and increasing the well-being of States and people, as well as ensuring the realization of their aspiration to maintain outer space for peaceful purposes.”

Though we are celebrating International day for human space flight for the tenth time this year, it is not merely a decade since we set our eyes on the enormous black expanse out there and are mystified by it. In 1957, the Soviets launched the first artificial satellite into space, Sputnik 1, and four years later, Yuri Gagarin became the first human to leave Earth and orbit it in space. But our history of space exploration dates even further back. For thousands of years, humans have had a strange fixation with the universe. Galileo was the first person to invent a telescope to look at the stars and planets out there. But even as early as the 4th century BC, humans developed complex geometry and mathematics to study the motion of planets, notable figures being Eudoxus of Cnidus and Callippus of Cyzicus.

But human space flight being, well, mostly empty space, it is not easy to study our spherical brethren up close. For instance, the nearest celestial body to us is the moon. Nearest only relatively because it is actually almost 400,000 kilometers away from us, and it takes one second for its light to reach us. And the sun is a whopping 149 million kilometers from us. The nearest star to us, Proxima Centauri, is a little over four light-years away.

When we measure distance in space, conventional methods we use in our home planets simply don’t make sense because the numbers tend to become meaningless when they become long enough. So we use light-years to measure the distance between objects in space. As you may know, one light-year is the amount of distance light travels in the vacuum. And as Einstein theorized, photons are the fastest moving things in the universe, and light covers 9.5 trillion kilometers in one year.

So if Proxima Centauri were to go supernova now, we wouldn’t know about it for another four years because the light from the supernova hasn’t had the time to reach us yet. This sheer distance is simply unconquerable, and that is why space both daunts and fascinates us at the same time.

Elon Musk has dedicated his life to take humans to Mars. He has been working tirelessly to take humanity to the next level and pours billions into his vision. You might think that Mars is so close to Earth, and it is relatively easy to go there. But there are many challenges we face when it comes to international space flight. Some of the most problematic are:

We know that without the sun, there is no life on Earth. But once you leave the Earth’s atmosphere, you aren’t safely cocooned from the dangers of space. Forget the large asteroids and meteorites that can crash into your space flight, the most lethal is the radiation from the sun because it is invisible to the naked eye. And it is present everywhere throughout space. As you know, radiation will lead to cancer, damage the central nervous system, and hinder cognitive abilities.

Have you ever felt so dreadful and became homesick on a twelve-hour flight? Well, in space, it takes months to reach even Mars. All that time, you are confined in a space shuttle and left to pass the time with limited options. Looking out the window can keep us entertained only for a few days. After that, the flight will both literally and figuratively become too long. Being isolated from other humans will have detrimental effects on the human psyche.

Once again, we address this point because this is truly the only problem that humans simply couldn’t seem to crack. Even if you were to travel at the speed of light, which Einstein promised can’t happen, it would still take us at least four years to reach the nearest star. Unless we find a way to find a shortcut, like creating wormholes or inventing teleportation, reaching even our nearest celestial neighborhood is strenuous.

Well, in human space flight gravity itself isn’t a problem in space, but its absence is. Even astronauts living at the international space station spend a lot of time accommodating their bodies to the gravity of Earth once they come home. Our physiology has developed in such a way that all the organs in our bodies and the blood can function at their optimum only when we experience Earth’s gravity. Once we leave that, problems occur which might end fatally.

Now you know that space, though it seems serene and calm, is full of dangers that can kill you in an instant and rather painfully. So on this international day for human space flight, we have to remember all the brave heroes who have willingly taken that risk and took space flight for the betterment of our species.

Is water the gold of the future? Commodifying survival.