Home » Blog » Days and Festival » Why Is Earth Day More Important Than Ever?

Why Is Earth Day More Important Than Ever? 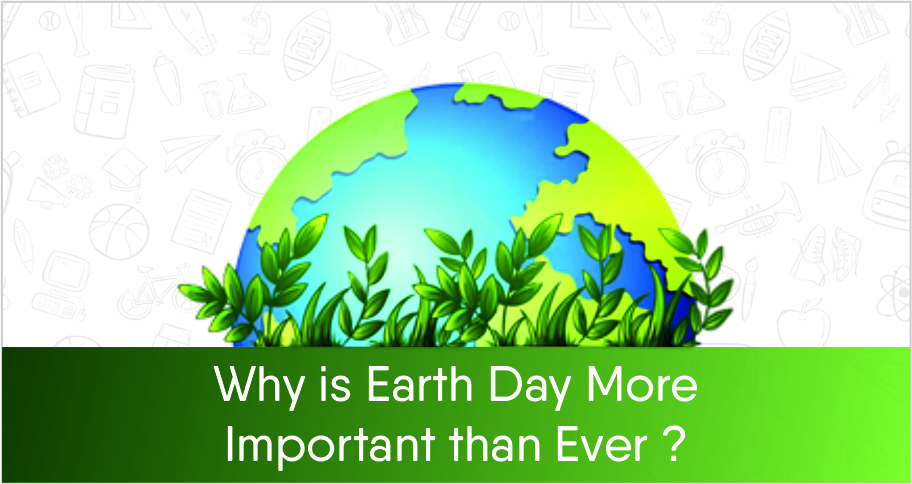 Every year on April 22nd, Earth Day is celebrated to mark the modern movement’s anniversary to fight for our environment. It started in 1970, and in over fifty years, it has garnered the support of 190 plus countries and engaged one billion people. But how did it begin?

Though it benefited our species marvelously, the Industrial Revolution had proved cancerous to other living organisms and the planet in general. Air and water pollution skyrocketed, but ordinary folk remained oblivious to the corruption of precious life-giving elements. Numerous factories, power plants, raw sewage, toxic dumps, and pesticides rotted nature and changed our planet. Oil spills led to mass die-offs of marine life; deforestation resulted in the extinction of wildlife and loss of wilderness. But numerous tiny cliques of selected educated individuals always protested against these unjustifiable acts. However, due to their small size, their voice was not heard, their demands left unfulfilled.

One Gaylord Nelson from Wisconsin, like most other educated people of that era, was concerned about the deterioration of our environment. Inspired by the anti-war movements of college students at that time, he United all the tiny groups which were fighting for different environmental causes under one umbrella. And he became the reason for the first-ever convention of fighters of ecological causes, which happened on April 22nd, 1970. And that is how Earth Day was formed!

When it comes to the environment, people are not as divided as they are in other things. So both the right and left, rich and poor, city dwellers and village people, all poured in their support for Earth Day and gave their voice. In the end, this mass movement led to the creation of the United States Environmental Protection Agency, which will eventually bring about many acts and measurements to save and conserve the planet’s environment.

When people say that the planet is doomed or the earth is being destroyed, they actually mean that the earth is becoming inhospitable for humans to dwell. Earth has been around here for four billion years. Many living organisms called it home long before we homo sapiens came along, and they would continue to survive if we were to vanish.

So first, we must understand that when people fight for the environment, they are actually fighting against self-destructive people who are too selfish to realize that they are killing their own brothers and sisters. While humans have changed our planet’s characteristics and decided the fate of many lifeforms, they are ironically making the earth inhospitable for them, too. There are many important issues we need to tend to on Earth Day, in order to keep the environment habitable for posterity. Some of them are:

No Earth Day shall be celebrated without addressing the elephant in the room: our atmosphere’s heating. Thanks to the greenhouse gases, burning of fossil fuels, and increased power consumption, our planet’s average temperature is steadily climbing to an all-time high. Experts believe that polar ice caps will completely melt into the oceans in the not-so-distant future, raising the sea-level and submarine in many cities, including New York, London, and Venice.

Air and water are simply not natural anymore. Where do you think all the carbon from emissions will go? It dissolves in the water and air and comes back to us, giving us many fatal health problems, including cancer.

Sun is life-giving and nurturing, only when Earth’s protective blanket, the ozone layer, absorbs most of its harmful radiation. If it is entirely gone, there is nothing to shield us from the seething wrath of our star. Ultraviolet rays will literally burn away the skin and make it impossible for humans to continue living on this planet.

The need for natural resources such as wood has destroyed many forests around the globe. What were once greeny pastures of wildness are now sultry deserts. Along with wilderness went numerous species of animals and plants, forever lost to the ravenous greed of human consumerism.

On this particular occasion, we as species have to take a stand and fight against all the activities that destroy our planet’s habitability. While making significant changes like stopping pollution from mega industries or making deforestation a crime lies in the territory of governments, we as ordinary people can still make a difference on not just Earth Day, but everyday, by doing a few things. Like: