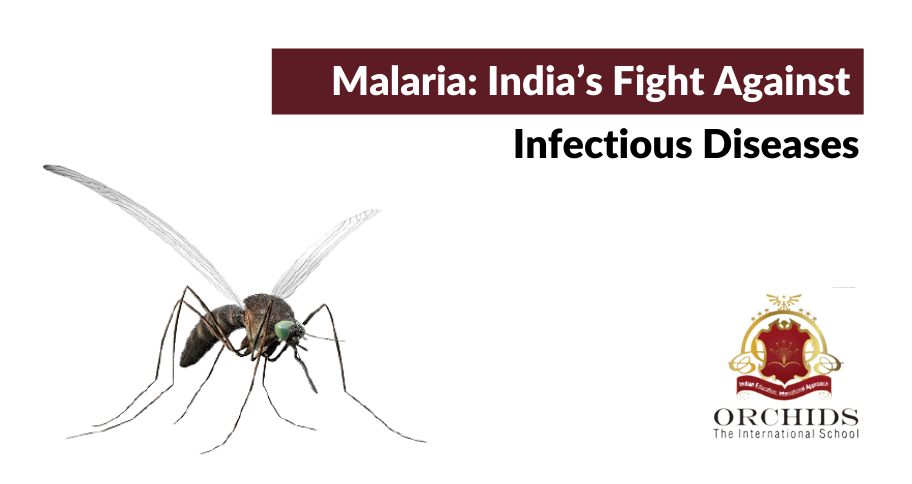 When it comes to infectious diseases, malaria is one of the deadliest diseases plaguing India. The sheer population and the hot and wet climate make it easy for the disease to ravage both rural and urban populations. In 2000 alone, malaria in India affected 20,31,790 and caused 932 deaths. This infectious disease is caused by the plasmodium parasite, transferred through the bite of an infected Anopheles mosquito.

The mild symptoms of malaria range from fever, chills, anaemia, headache, vomiting, and joint pain. However, severe cases can cause convulsions, abnormal posturing of the body, unnatural eye movements, seizures, kidney failure, mental disorders, coma, and even death. Malaria can be treated by drugs Artemisinin, Quinine, and Chloroquine.

The Current Situation of Infectious Diseases in India

Although India is still among the top 10 countries with the most malaria infection, there has been a large drop in infectious diseases cases compared to the past decades. According to the World Malaria Report by WHO, India had only 3,38,494 cases and 77 deaths in 2019. Compared to 2000, WHO stated that India has seen a 71.8% drop in malaria cases and 73.9% deaths between 2000 to 2019. It has also achieved a reduction of 83.34% in malaria morbidity and 92% in malaria mortality in these 9 years.

So how did India manage this incredible feat? This large drop in cases and mortality can be attributed to both the government and the citizens—the Ministry of Health and Family Welfare the National Framework for Malaria Elimination, NFME in 2016. The NFME states various strategies to eliminate malaria by 2030. It has targets as well as a roadmap that helped the government in streamlining the process of identification of high-risk areas and taking strict preventative measures to prevent the disease. It also classified each state and union territory depending on their malaria endemicity stage.

A similar plan was launched in 2017. The National Strategic Plan for Malaria Elimination created a roadmap till 2022 that states can follow to reduce the disease. The government also provided microscopes, rapid diagnostics, long-lasting insecticidal nets to risky zones to reduce the high endemicity.

Likewise, there has been a significant change in people’s attitudes towards these mosquito-borne infectious diseases. The increase in literacy led to people being more aware of the disease and its causes. Television and radio further created regular awareness and made the knowledge accessible even to remote rural areas.

How to Be Safe from Infectious Diseases Like Malaria

Modern medicine makes malaria treatable if it’s detected early on. Below are some common symptoms that signal that a person has caught the disease:

Since malaria can quickly turn from a mild inconvenience to a life-threatening condition, these symptoms are a definite signal to get a diminishment from a professional doctor.

However, prevention is always better than cure. Malaria and all other parasitic diseases have long-term health consequences. The best treatment is not having an infection at all. Since the female Anopheles mosquito causes malaria, prevention relies on making sure that there are no breeding grounds for the mosquitoes. You can also take the following steps to ensure a malaria-free household:

Did you know that 25th April is World Malaria Day? It is an active reminder of the devastation the disease causes to the human population every year. In 2021, India is one step closer to its goal of eradicating malaria 2021. However, it is possible only with the cooperation between the authorities and the people. What steps do you take to prevent malaria and other infectious diseases? Let us know in the comments.