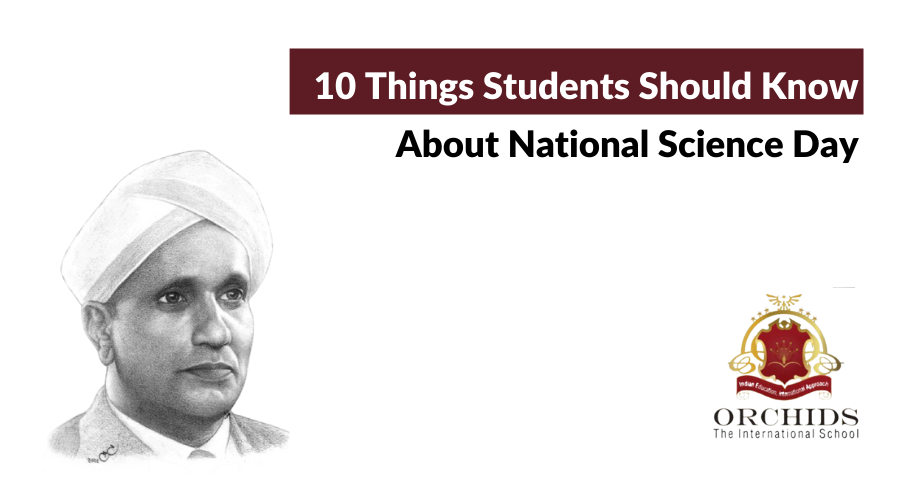 Science and technology play a major role in making human lives better and comfortable. Starting from the usage of modern technology in agriculture to robotics, humans made everything possible now with the help of Science. For this reason, Science is respected in every corner of the world. But do you know who all are the mastermind behind these blessings? Many great scientists around the globe contributed their entire life to research along with India. We all know that on February 28, we celebrate National Science Day. But there are ten things you should know about being a student. Let us explore all the points about this special day. But before that, let us once again know what exactly is this day.

What Is National Science Day?

On February 28, we enjoyed the enthusiasm of Science and technology  to actually recognize the importance and understanding of the Raman Effect in India by the great Indian physicist Sir CV Raman. It is still the most commendable science celebration in India organized by the universities and schools’ students by showing different science ventures as national level science displays.

How is National Science Day celebrated?

Different types of programs are held where different schools and colleges participate and showcase their science fields’ talents. In some schools, a lot of activities are organized to celebrate this day, while for o. In contrast, the day starts with Student-teachers’ special assembly on the History and Importance of the National Science Day. The Ministry of Science gives a special message on National Science Day’s event to fellow students, researchers, specialists, and India’s individuals. Few schools put up Science Quiz competitions and organize Science Antakshari. Simultaneously, some schools conduct an exhibition of science projects, models, charts, and demonstrations. The National Science Day celebration in school also includes a screening of science movies to foster joyful learning among school children.

Don’t you think quizzes are the greatest way to increase the general knowledge regarding Science and technology? The quiz competition consists of multiple teams competing with each other throughout the various rounds. Questions get more challenging as the games proceed. If you are the host, you are free to include the question from different topics such as Science, mathematics, logical reasoning, etc.

Some students are better in writing as compared to vocal skills. So why not go for an essay competition. For students, it would be an excellent opportunity to develop their skill sets as well. Wondering what topics you can include? As mentioned before, essay competitions should be related to Science and technology, essays on famous scientists in India such as the late Dr. A.P.J. Abdul Kalam, and the latest trends in the technology field Digital India Campaign can also be your topics.

This is considered the best day to encourage aspiring students who are willing to showcase their talent through their science projects. In such an exhibition, they can make models of the various phenomena in nature and explain them to their fellow mates and the audience. Science fairs can showcase the various science projects from multiple schools in one place, helping educate the students about the importance of Science and technology.

The debate can be the best way to increase the knowledge of students by counterfeiting two sides. There should be two teams competing with each other in the debate, and every team has to prove they are right by putting forward logical, sensible arguments, facts, and statistics.

How did you celebrate today in your school? We are all ears to you. Please share your story with us in the comments below!

A Sneak Peek Into The Mind Of A Four-Year-Old

10 ways to manage preschoolers at home during online classes.