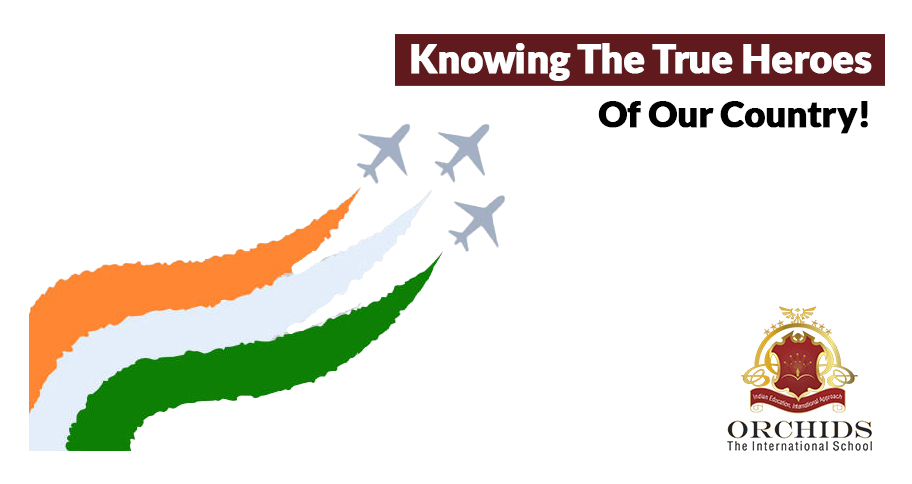 A country with ‘unity in diversity’ is not the only way in which India is remembered. From being ruled by the British for more than a hundred years to achieving Independence, India’s journey from then till now has truly been nothing but remarkable! We must thank and pray for the freedom fighters who fought tooth and nail to make our country free. Could there be a better day to do this than on Netaji’s birthday on 23rd January? We don’t think so! Join your kids in celebrating this day which marks the 125th birthday of one of the most brave and patriotic freedom fighters of India, Netaji Subhas Chandra Bose.

Subhas Chandra Bose was born on 23rd January, 1897 in Cuttack, India. Apart from being a true nationalist, Netaji was also very studious and educated. He passed the Indian Civil Services (ICS) examination and ranked fourth in the country! Then went ahead  to Cambridge to pursue higher education in Fitzwilliam College. He gave one of the most powerful slogans of all times – “Tum Mujhe Khoon Do Mein Tumhe Azadi Dunga!”, which inspired hundreds and thousands of young men and women to join the Armed forces and fight for our nation against the British.

Throughout his journey in freedom struggle, Bose was imprisoned eleven times in eleven different jails. Nevertheless, this did not stop him to continue fighting for our independence. He built the Azad Hind Fauj, India’s first armed force and gave the shout “Jai Hind” which is used till date by our fearless patriots and citizens! Bose was inspired by the teachings of Swami Vivekananda, another great patriot, and believed in the idea of “universal brotherhood”.

Patriotism is at the heart of every Indian. It says so much about a person’s love and respect for their country! Several other nationalists sacrificed their lives to help us live in a country which is free and indominant.

5 Ways to Teach Patriotism to Kids on Netaji’s Birthday

Engage with your little tots in fun and patriotic DIY activities this Netaji’s birthday!

“Every citizen of India must remember that he is an Indian and he has every right in this country but with certain duties.”

Each one of us are free to live in this country regardless of our background! However, we must remember and respect all our soldiers and nationalists who fought for our freedom. As parents, we must teach our kids about patriotism and the unforgettable contributions of our true national patriots on Netaji’s birthday, 23rd January.

How to determine the best age to start kindergarten