Home » Blog » Days and Festival » Is New Year’s Day a festival or tradition?

Is New Year’s Day a festival or tradition? 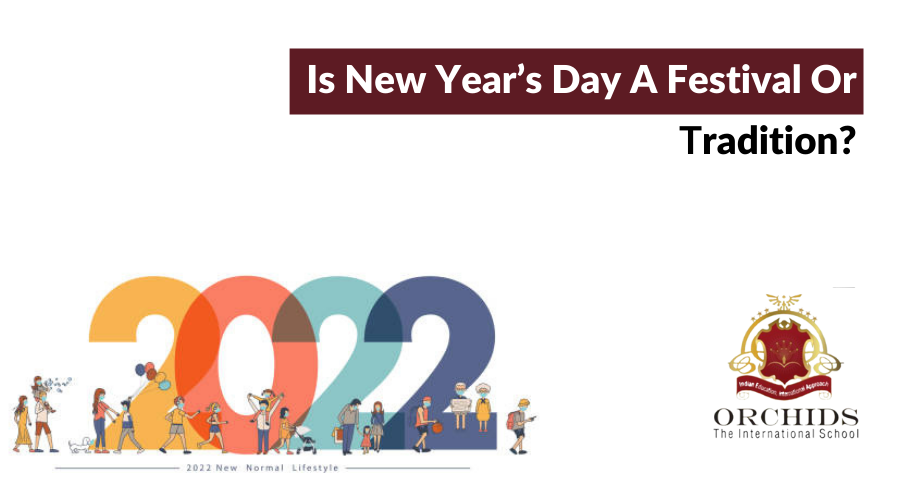 New Year’s Day is a pleasant occasion that is observed all across the world. According to the Gregorian calendar, it marks the start of a new year (which contains 12 months, and January 1 is counted as the first day of a new year). People worldwide begin making plans for new year resolutions and preparations a month in advance.

Like any other celebration, it provides joy to many individuals’ lives throughout the world, regardless of caste or culture. New Year’s Eve is extensively celebrated and explored by individuals of all ages. Almost all schools and educational institutions announce a winter break from Christmas Eve to New Year’s Day (January 1). As the first day of the year, New Year brings happiness to people’s lives because it symbolizes a new beginning while leaving any negative energy behind.

Making New Year’s resolutions is as popular as ever because the New Year is a time for introspection and thinking about change. Whether we want to work less and smokeless, spend more time with our families, improve our grades, or save more money, the New Year is the perfect opportunity to focus our minds on how we might improve ourselves.

Resolutions are also manifestations of the universal urge to control the future. We don’t know what we need to know to keep ourselves secure since the future is unsettlingly uncertain.

The New Year signals that the moment has come to say goodbye to the previous year and welcome the new one. Every year on March 1st, the New Year is traditionally observed. This date was changed to January 1 because it is thought to have more religious importance. With the spread of western culture over the world, one of India’s many celebrations has been New Year’s Day, which falls on January 1 in the Gregorian calendar. There are differing accounts of when the Gregorian calendar’s New Year’s Day, which falls on January 1st, was initially observed in India. Some say it began when the British occupied India, while others claim it became popular after the 1940s.

To counteract that troubling impotence, we take steps to regain control.

Every household these days has a distinctive tradition: the New Year tree. To define it, it is the Christmas tree that is decorated during the holiday season and at the end of the year. Every family member helps decorate the Christmas/New Year tree with a variety of toys, bells, stars, sweets, mistletoe, and colorful fairy lights.

Every home around the world observes several other rituals and traditions on New Year’s Day. Every culture has its way of commemorating this day. Some people begin organizing a mini-vacation month in advance, while others intend to spend quality time with their loved ones. Buying gifts, decorating houses, and buying new clothes are all part of the preparation process.

Many countries celebrate New Year from the evening of December 31 (also known as New Year’s Eve) to the early hours of January 1st, and many meals and snacks are consumed to bring good fortune for the following year. Grapes are regarded as a symbol of hope for the months ahead and are consequently used by people in Spain and other Spanish-speaking nations.

Legumes, such as lentils in Italy and black-eyed peas in the southern United States, have been a traditional New Year’s dish in many countries and locales because they are thought to represent coins and future financial success. Pork is also a popular New Year’s dish in various countries, such as Austria, Hungary, Cuba, and Portugal, where pigs symbolize progress and prosperity.

This article is about the Gregorian calendar’s New Year’s Day, which is observed around the world on January 1st. It’s worth noting that different groups in India use other calendars. Therefore the New Year is celebrated at different times depending on when it’s marked on these calendars. Diwali is another New Year’s date (Hindu calendar).

In India, people dress brightly and participate in pleasant activities such as singing, playing games, dancing, and attending parties. People of all ages frequent nightclubs, movie theatres, resorts, restaurants, and amusement parks. People exchange greetings and New Year’s greetings. The tradition of exchanging messages, greeting cards, and presents is an integral aspect of the New Year’s celebration. The media cover many New Year’s Eve activities, and they are broadcast on prominent channels throughout the day. Those who choose to stay home for the holidays rely on these New Year’s Eve shows for amusement and fun. It’s a frequent sight to see people making new year’s resolutions, an age-old ritual. Losing weight, creating healthy habits, and working hard are just a few of the most popular solutions.

Live performances are held in larger cities such as Mumbai, Delhi, Bangalore, and Chennai and are attended by Bollywood stars and other well-known people. Such events draw large crowds, yet some people celebrate with their closest friends and family members. The enjoyable occasion is seen as a beautiful opportunity to reconnect with loved ones and rekindle friendships with long-lost acquaintances. The goal is to bid farewell to the previous year and welcome the New Year in the hopes of bringing truckloads of pleasure and joy into everyone’s lives.

As a result, there are no worldly symbols associated with this festival in India, but one can enjoy the brilliant colors and cheerful ambiance of festivities, prayers, and social feasts. Good music, dance, crackers, and illumination are used by people all over India to increase their happiness.

It’s Not Too Late! New Year’s Resolutions for Parents and Kids They Can Stick to That Will Make Life Better