Your Guide To Buddha Jayanthi And Celebrating It 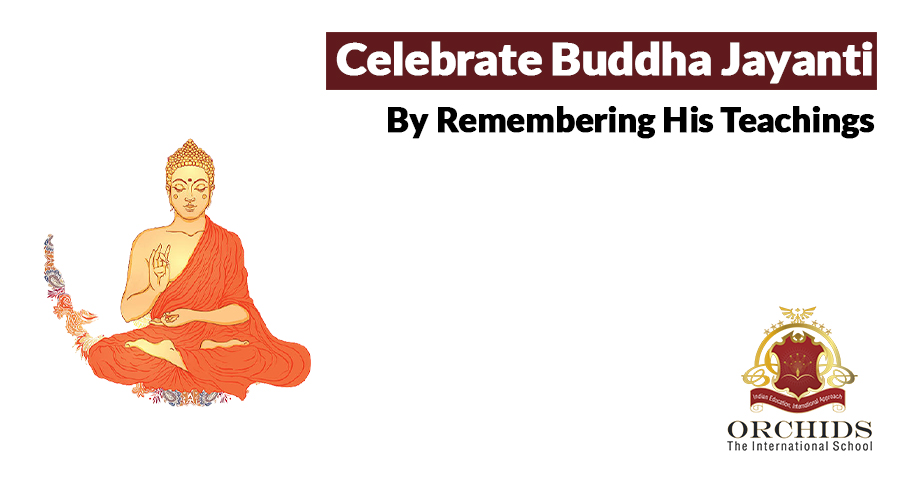 Have you heard of Buddha? Or any of his teachings? There’s quite a lot one can learn about life and everything in between when one reads and learns about him. There is so much that he has taught that his teachings became a way of life or religion in itself- Buddhism. Buddha Jayanthi marks the day that Buddha was born and is celebrated with great vigour. We can learn from him, so on his birthday let us revisit some of his teachings. It is really interesting we promise. Let’s take a look at all the ideas he has proposed that led to him being so popular. Let’s get right into it!

Siddhartha Gautama or Buddha as you may commonly know was a man with many feathers in his cap. He was a teacher, philosopher and spiritual leader with great influence on people. The beacon and father of Buddhism, he experimented with different types of teaching through the years. But to his disappointment found that nothing worked as well enough as he wanted it to. Deciding to take a different route, he chose to meditate beneath the bodhi tree to seek the answers to his problem. And then, he stumbled upon the ultimate enlightenment.

When was Buddha born?

The year of his birth has always been a widely debated topic as there are many claims about him being born in the 6th century to 483 B.C. While latest research, in 2013, suggests that upon an investigation conducted by a group of archaeologists of a tree in Lumbini, there was evidence found that the Buddist shrine there existed for more than 300 years. This would back up the theory of Buddha being born in the 6th century. But, we probably may never know for sure.

Coming from a royal family, Buddha was born to the ruler Shakya who raised him by himself as his mother died within a week of giving birth to him. Buddha was a child who was prophesied by a holy man to grow up to do great things- either be a great king, military leader or a spiritual leader. A worried Shakya did everything in his power to make sure Buddha lived a sheltered life from the harsh realities of the outside world.

At the age of 16, Buddha married the princess Yasodhara and had a child with her. Then came the one day when Buddha stepped foot outside the palace walls, he saw the chaos of the real world and he was filled with questions about death and aging. On one such day, he came across an ascetic and hence began his quest to find out where can one find the ultimate knowledge.

Buddha’s knowledge did not stem from a year or two of hard work. He spent six years living an ascetic life or one where he revoked all self-indulgence for himself, little did he know back then that he would be the great Buddha and we’d all be celebrating Buddha Jayanthi!

But, the six years of ascetic living didn’t bring Buddha the answers to the questions he had in his mind, he decided to meditate under the Bodhi tree. He spent days under that tree slowly purifying his mind and gaining the enlightenment he sought for while the universe helped him deal with the demon Mara who tried to take his enlightenment away.

Legend says that it was Brahma who convinced the reluctant Buddha to get up and go spread the enlightenment that he had been blessed with and so he did that and these are some of the takeaways!

If you’ve found yourself googling “when is buddha Jayanthi ”, we got you. While some of you realize only when you get WhatsApp forwards for Buddha Jayanthi wishes, here is how Budhha Jayanthi is actually dated. So to first note is it falls on a full moon night in either late April or May. Buddha Jayanthi 2020 fell on the 7th of May, and do take note that the date fluctuates. In 2021 we’ll be celebrating buddha Jayanthi on the 26th of May.

One of the centres of the celebration is Buddha Jayanthi Park Delhi. You can easily get there using the Rajiv Chowk metro stop. But since there is a pandemic happening around us and we can’t really go outside, a few activities we can do at home is by reading and learning his teachings. Understanding that Buddha always wanted one to be their own light. Plus, there is so much even the youth can take away from his teaching. The concept of indulgence being one. Anything in excess is bad and anything in scarcity is also bad.

In pre-covid times, the activities for the day would include attending sermons, special prayer meetings under the Bodhi tree and processions to remember him and his teachings. The National Museum in Delhi also showcases Budhha’s mortal remains, or what is believed to be his remains to the public. But we’ll probably have to wait for this pandemic to pass before we can enjoy all of this once again.

Buddha has always and will always undoubtedly be one of the most influential teachers in this world. With his teachings widely accepted around the world, he is a beacon for millions around the world. In times like this, let’s make a list of takeaways from your readings of Buddha. Let us know in the comments below what teaching would you carry forward in your life!

Why is Easter incomplete without Easter Sunday eggs and bunnies

Why is Earth Day More Important than Ever?