Top 8 Apps You Can Use to Learn a New Language 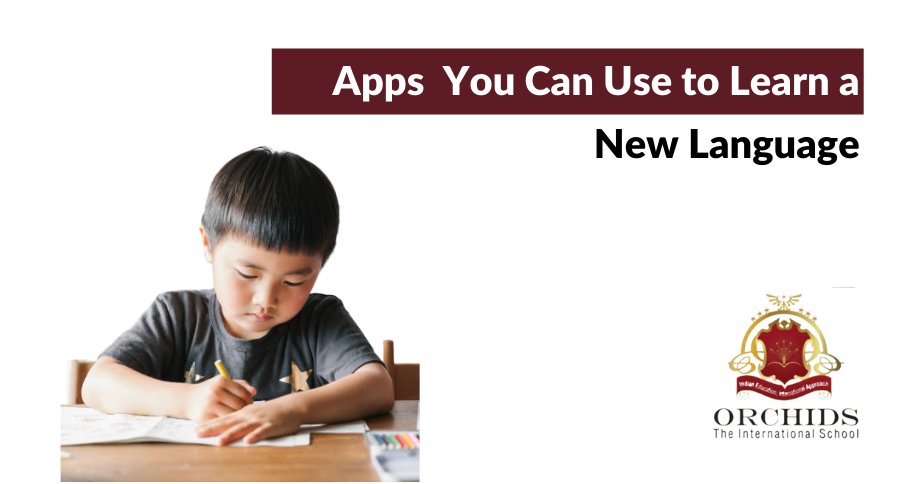 When 12-year-old Shruti asked her parents if she could learn a new language the response was a resounding no. The reason for the refusal was that it might eat away time spent on essential subjects. But did you know that children who know more than one language are more flexible, creative, and have better problem-solving skills? Studies have also found that multilingual kids score better on tests than kids who know only one language. As a matter of fact, it is usually more comfortable for a preadolescent brain to learn new pronunciations and sounds as compared to adults.

With this pandemic forcing all of our little ones to stay at home, they can use this time productively and learn a new language. The internet is a treasure trove of information, and most of our kids are always hooked onto some screen. Hence it is the perfect place for them to learn a new language. Some resources can also create such a home immersion system that even parents learn the language along with the child.

Why Should Kids Use Apps to Learn a New Language?

Apart from the fact that we are in the middle of a pandemic and going to physical classes is not advisable, these apps are designed for kids. As kids learn and develop faster than adults, they can learn a new language effortlessly.

Introducing your child to a new language now can mean that they will be completely fluent in no time, and that is setting them up for success in the future.

Language learning apps designed for kids are usually fun to use. They keep the child engaged and are visually stimulating for them. With various games and activities, the child will learn a new language without spending hours reading through textbooks.

These apps are usually designed to be interactive. An interactive lesson is far more effective and holds the child’s attention far longer than any other learning technique. The child is prompted to respond to questions and thus memorize the concepts and words faster.

While the closest we got to learn Spanish for free in our childhood was watching episodes of Dora, the explorer on nickelodeon. Today several free apps can help your child learn a language with ease.

One of the most commonly used apps today to learn a new language, Duolingo, helps children learn multiple languages within one app. They can learn French, Spanish, Russian, and even Vietnamese, all from the comfort of their homes. This is one of the best language learning apps as the child earns rewards in the form of points for every correct answer. They also have to race against the clock to level up, making them push harder to achieve the set goals. The lessons here are broken down into smaller bite-sized pieces that effectively impart the lesson. Parents can download Duolingo from both Google play store as well as iTunes App Store.

This app uses a series of language learning videos that focus on teaching the child the basics of a language. The series is made up of a collection of apps that help track the child’s progress along the program while reinforcing and supporting what was previously taught. Like Duolingo, this app is also available on both iTunes Apps Store and Google Play Store.

With this app, a child can practice early reading skills in English while they learn the basics of Spanish. The game helps the child learn a variety of skills such as the sound of letters, understanding the difference between upper and lower case letters, as well as Spanish pronunciations and vocabulary. It is an excellent app for children who are in preschool or their early years in school. This is also considered to be the best app to learn Spanish.

This app is especially useful for kids who enjoy solving puzzles. They can use this app to learn and engage at the same time. This app uses the help of Endless Monsters that assists in navigating through common words in Spanish using interactive puzzles. You can get the Spanish immersion as well as an English translation while using this app. While it was previously only available on iTunes App Store, this app can now also be found on Google Play Store.

Mandarin is one of the most commonly spoken language all over the world. This app is a Mandarine Chinese learning app that uses games to pack in all the required information. Not only does it help you by providing phrases and words, it also helps the child understand the basic concepts of grammar and sentence patterns. This ability is essential if the child is expected to navigate through a difficult language like Mandarin.

This app offers many European language courses like French, Spanish, German, Turkish, and Dutch, to name a few. With just 10 to 15 minute sessions a day that can be redone as many times as needed, this is a learn a new language app that can really help children learn better. Another significant part of this app is that it allows the child to learn a language based on their interests. If you ever go on a European tour, they can blend in seamlessly with the locals.

Like Babble, this is another app that takes the scientific approach to teach language. It uses flashcards to teach Pronunciation, Grammar, and Vocabulary. They also help children learn a new language better by practicing with native speakers.

Those parents who are thinking about giving their kids an edge business-wise or if they plan on having their kids study far east or southeast Asia, then this is the app for you. With this app’s help, your child will learn languages like Vietnamese, Korean, and Japanese with ease. There are also some other languages that a child can learn if they are interested. Although it isn’t a free app, it will cost less than Rs 100 a month, which is not an alarming amount to invest in your child’s future.

Encouraging your child to learn a new language will not only help them in the future, but it will keep them occupied during this difficult time.