TV Shows And Movies You Can Watch With Your Child 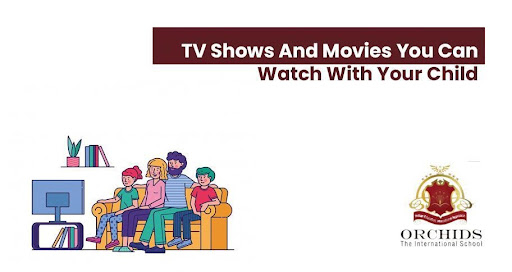 With the rising use of technology in today’s world, it’s not uncommon to see children fiddling with cellphones and tablets, unlocking new interactive tech experiences. This deep immersion in technology has paved the way for gamification in education, increasing children’s levels of engagement. But what is the point of gamification? Several studies have found that game playing is an integral part of a child’s cognitive and social development. Learning can be enhanced by playing and engaging in ‘hands-on’ activities.

This is why, in today’s world, various platforms are striving to rekindle learners’ interest in education through gaming to rekindle their competitive instincts and increase engagement and happiness. This is mostly accomplished by using core game principles and application-oriented learning.

OTT platforms in India have produced an astounding amount of material for users over the previous several years. However, many viewers argue that most of these shows are obscene or excessively violent, making them unsuitable for family viewing. While this is true, there are plenty of family-friendly Indian web series to choose from. As we’ll see below, there are a variety of shows that you may watch with your parents or children to spend some much-needed quality time with them.

Here are the best TV shows and movies you can watch with your child to stimulate their creativity and cognitive development:

Kota Factory is a well-known and well-liked clean entertainment. It’s an exciting story of IIT candidates in Kota, a city famed for engineering education.

Mayur More, Ranjan Raj, and Alam Khan all do well, and Jitendra Kumar has become well-known as a result. This show gives you a lot of perspective about a student’s struggle, the competitive field of education, and a good teacher-student relationship.

Hopeful is a perfect follow-up to Kota Factory, and it tells the story of three friends who reminisce about their time as UPSC aspirants.

It reminds me of Sushant Singh Rajput’s Chhichhori in some ways. To impose creativity and cognitive development on children, this is one of the shows you can watch with them.

Web shows were still in their infancy when Yeh Hai Family was released in 2018.

Even with the grins on their faces, one couldn’t help but feel teary-eyed watching this mini-series with Vishesh Bansal, Mona Singh, Akarsh Khurana, Ahan Nirban, and Ruhi Khan.

This show teaches family values and will take you in nostalgia.

Gullak has taken out two seasons, each of which has impressed. It is arguably one of the best family sitcoms on OTT without any cringe moments.

It stars Jameel Khan, Geetanjali Kulkarni, Harsh Mayar, and Vaibhav Raj Gupta in a mini-series that keeps each episode short and delicious.

Another Ekta Kapoor production premiered soon after Akshay Kumar’s Mission Mangal. Backstories and sub-plots were properly fleshed out in Mission Over Mars, which was based on the same premise.

Jitendra Kumar was featured in Panchayat, which brought fun and drama to a village, after impressing in Kota Factory and then in the film Shubh Mangal Zyada Savdhaan. This show is rooted in a small village and talks about the struggles there. This is a great show to watch with your child for their creativity and cognitive development.

This one is wonderful for the whole family to see because it has a lot of lighthearted moments as well as a lot of surprises.

Lara Dutta and Rinku Rajguru’s Hundred was somehow overlooked among the flood of Web series that debuted last year. Hundred is a clean family entertainer about a cop (Lara Dutta) who works with a terminally ill young woman (Rinku Rajguru) and solves a huge crime and brings in some chuckles.

So when Dia Mirza teamed up with Applause Entertainment to create Mind The Malhotras, all eyes were on how this family show would do. This remake of the Israeli comedy La Famiglia, starring Mini Mathur and Cyrus Sahukar, is a fun family film to watch.

Although this show does not qualify as a Hindi web series, it focuses more on physical comedy, and I do not feel that language will be an issue when watching Mr Bean. I remember watching this show on Pogo; it was one of the funniest shows I’d ever seen with little dialogue. This was also a big hit with my folks.

This is one of the best web programs for families to watch together. This show is available on Prime, and it’s hard to think there are just 14 episodes in this timeless masterpiece. Rowan Atkinson developed this fantastic show. If your parents haven’t seen this show yet, now is your chance to sit down with them and watch it together.

For the creativity and cognitive development of children it is important to introduce them to the face of entertainment rather than just promoting them to be buried inside the book. If you are looking for some tv shows or web programs to start with your kids refer to the shows mentioned above and kickstart their creativity and cognitive development.