10 Movies All Kids Should Watch Before They’re 12 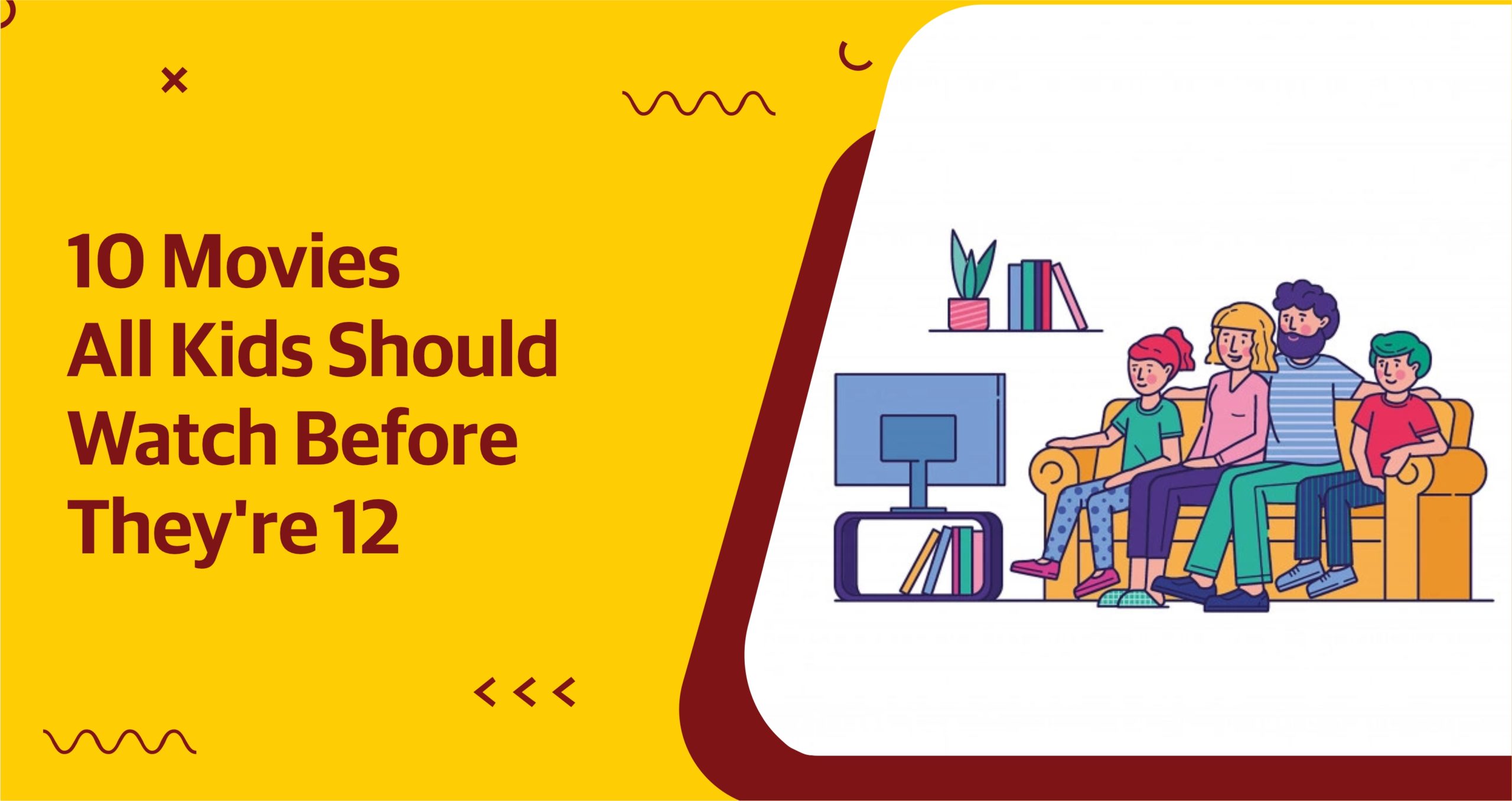 We all know that children are easily influenced by the things they watch. An article from PBS says, “Experts say that repeated exposure to violence on TV can be linked to aggressive behavior in kids.” With this in mind, it is important for parents and teachers alike to make sure children have a diverse selection of movies available when they want an after-school snack or to entertain something new. In this blog post, we will talk about 10 movies for kids that must be watched before their 12th birthday!

Top 10 movies for your child

Yes, as we spoke about the concept of why it is required amidst their screen time, here are 10 amazing child-friendly, morale-rich movies for kids. Dive in!

This is a classic Disney movie starring Hayley Mills and Maureen O’Hara. It’s about twin sisters who meet up when they become separated at the age of five, only to find out that one of them has found her birth mother while the other still lives with their adoptive parents. The two girls take on the challenge of reuniting their respective parents, but it’s not a simple task. It also has one of the best endings in any movie ever made.

This movie is about a young boy who gets so engrossed in reading the book The Neverending Story, that he doesn’t want to put it down. It’s probably one of the best movies for kids as it has some great life lessons for everyone. Parents should be aware that while The Never Ending Story’s main message is good, encouraging youngsters to become book lovers, the terrifying experiences shown in the film will thrill your child. The spectacular effects, stunning landscape, and colorful characters will appeal to both youngsters and adults. Above all, The Never Ending Story’s theme of daring to dream and reaching new heights!

This is another adventure movie for kids as the plot revolves around a group of people who set out on an adventure to find the treasure but end up saving the world instead. The message we think this movie sends is that family will always be there for you no matter what, and it’s also great for when your friends are away or busy. A film in the shade of Indiana Jones, with outstanding young performers, this is one of the good movies for kids and parents!

This is a comedy/drama movie that has been loved by adults and children alike since it was released in 1987. It’s about how the farm boy, Wesley, falls in love with Buttercup, who lives in a castle, but their world gets turned upside down when she betroths herself to Prince Humperdinck. It is good and evil in this story, and that’s why we added it to this list. Children mustn’t just watch the good things, to understand them better, bad notions must be analyzed. This movie is a great pick for kids.

The Sound of Music

This is a musical about the life of Maria von Trapp and it’s set in Austria. The Von Trapps are living in fear because Nazi Germans have invaded their country when they end up getting drafted to leave their home for good, but then an old Baron comes into town offering them shelter on his estate if they’ll sing and dance. The sound of music cannot be evaded from the list of good movies for kids when it carries lots of values and morals.

The Wizard Of Oz

This is one of the kids’ movies that will be watched by kids for generations to come, and it might even teach them a thing or two about life. True to this statement, we’re suggesting this movie because it was released years ago and still fascinates. Judy Garland stars as Dorothy Gale in this classic film directed by Victor Fleming, who also made Gone With The Wind with Vivien Leigh. This movie teaches the importance of believing in yourself and never giving up on your dreams no matter what obstacles stand in your way.

This dazzling animated musical was the core reason behind the beginning of Disney’s fabled Renaissance period. Your child will fall in love with the feisty heroine Ariel, who is the inspiration behind many youngsters’ red hair. When we talk about movies for kids, it must include a certain message that is useful for their development. And this movie does have it! The lessons to be learned from this movie are invaluable and will teach your child the importance of being true to themselves as well as appreciating their family.

This is one of Disney’s most thought-provoking films, telling a heart-warming story with a deep message that never fails to touch audiences. The Jungle Book has a stunning depiction of genuine surroundings as well as very advanced computer-generated creatures. Your kids will connect to this Mowgli in every way since he has all of the characteristics of a feisty and independent child. He is a wonderful role model for children. The film teaches us how important certain topics like racism, inequity, and stereotypes are. And the animals do an excellent job of addressing these current subjects in a way that children can understand.

A live-action retelling of Gail Carson Levine’s Newbery Award-winning novel from 1998, Ella Enchanted follows an overprotected girl who has just turned 11 when she meets Prince Charmont (the heir to the throne) at her school dance. One of the film’s attractions is its hilarious dialogues and songs! The main lead, Anne Hathaway’s bright smile, and witty actions make children fall in love with her spirit. We surely say it’s a good movie for kids.

Bambi is another one of our best movies for children as the animation is both skillfully and artistically made. The plot revolves around the life of Bambi, his mother, and his father as they go through different phases in their lives from tender moments to more intense ones (such as when hunters invade). Bambi is one of Walt Disney’s most well-known and beloved animated flicks. It’s still a powerful, passionate movie.

While considering activities for kids at home, movies do pop in mind. And so, we hope our list with movies for kids, helps you out. But it’s good to remember that all children are different and what they prefer might not be your cup of tea. What we can do is recommend good films with a happy mood, so you should always take into consideration this aspect when picking out movies for your little ones.

If you are more into TV shows, here is our compilation of TV shows that are a must watch!

The Most Classic Rainy Days Activities for Teens