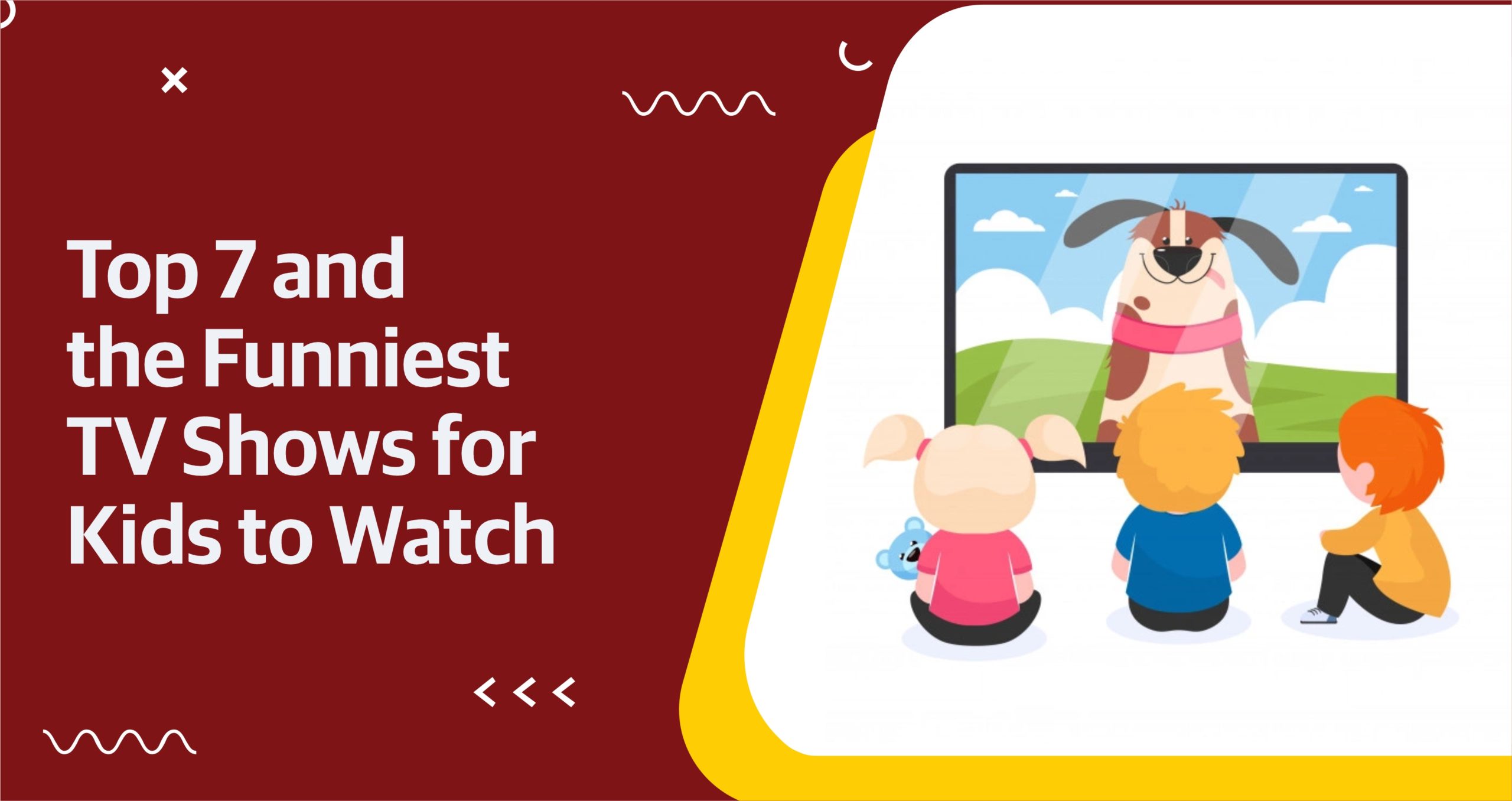 What TV shows are kids watching these days? Shows have come a long way from when we were kids. Looking for something entertaining to make the kids watch? The best and the funniest TV shows for kids are here, and they’re better than ever. This TV show for kids includes some of the greatest throwbacks to everyone’s favourites. After all, there’s nothing easier to do to keep them entertained than to sit back on the couch, cue up your favourite channel, and then throw on a couple of episodes of a family-friendly show on the TV. Hey parents, hold on! With the advancement in technology and the media, TV shows have become much more popular, and if you’re not careful about what they are watching, it may make or break their morals. So, this blog post will give you 7 TV shows for kids that they can enjoy without worry!

Don’t you think parents today have more control over what their kiddos are watching and enough options to do more than just filter out actively bad shows?  What they still don’t have are the countless hours necessary to wade through the ocean of kid’s programming for the few gems.

Figuring out the best TV shows for kids to watch can be complicated. Right at the cusp of being a tween, they know when a show is pandering to little kids. But that doesn’t mean they’re ready for deeper or darker themes. If you’ve been looking for good Tv shows for kids of all ages, this list of the best television shows is a must watch.

Blue is the name tag-wearing, a green dog with a blue nose and happy paws. He lives in the Blue’s Clues House on TV Land. In the TV show, he leaves behind little paw prints all over his house, which lead to things that are part of each episode’s mysteries! Kids will enjoy watching their favorite part right from the first episode.

In a destructive world of magic and mysticism, a young kid rejuvenates to go on a quest in order to fulfill his dreams. The quests are dangerously mystic. Finally, the boy named Avatar brings the world back to life and peace. Children find it quite motivating as the show convinces the viewers to never give up in tough times and keep striving for good.

The Loud family is big—and not just because 12-year-old Lincoln has ten sisters. The TV show follows the chaotic lives of Lincoln, his parents, Lori and Mr. Loud (who are now divorced), his kids, Lori and Leni, and the idiot dog Bobby, who seems to have a different girlfriend in every episode.

The episodes revolve around a Mexican-American family, the Daizes. A star butterfly princess from the kingdom of Mewni, Star must learn how to use her newly granted magical powers.

The first season of the TV show was released in 1992, and it follows Bruce Wayne’s journey from a child to an adult when he becomes Gotham City’s protector with his crime-fighting alter ego as The Dark Knight. It is an animated superhero animated TV show that is perfect for kids because it is all about justice.

The Octonauts are a team of eight intrepid explorers who are always ready to dive into the sea and explore the underwater world, saving animals in distress. The TV show is designed to encourage children to take care of the world, with catchy songs and dance routines thrown into each episode.

Choosing the right TV show for your kids can be a daunting task. That’s why we created this handy list of 7 Fun TV shows for kids to watch! Most of all, these TV shows for kids are fun. And unlike some offerings out there, they won’t make your kids poke their eyes out. We hope you find it helpful in finding something new and exciting to watch as a family or with friends. So, why don’t you give them a try? Have any other favorites that didn’t make our list? Let me know what I overlooked.