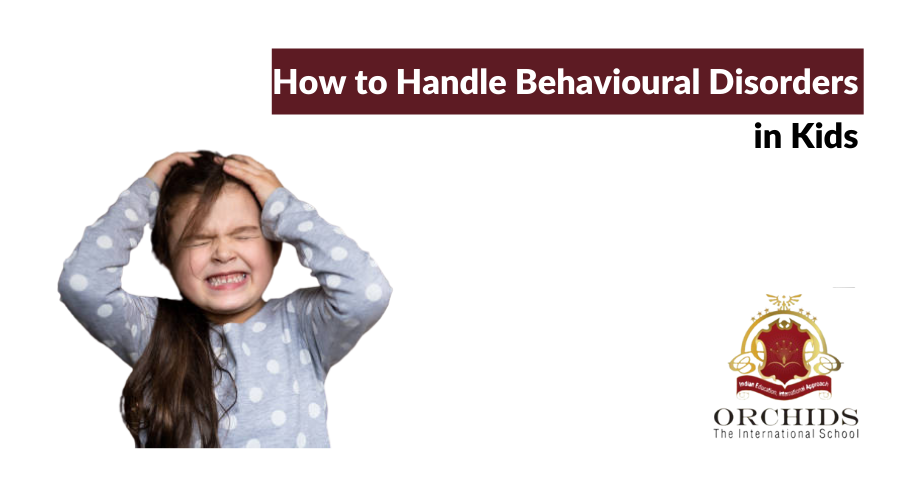 Behavioural disorders in kids are pervasive in the world.

We understand that these figures might be frightening for you if you are a parent, but it’s essential to address them.

“The most important part of treatment for a child’s disruptive behavioural disorders is Parents. The most effective interventions we’ve seen are parent-based.”, says Eugene D’Angelo, PhD, chief of Children’s Division of Psychology.

Studies show that children and teens who experience mental illness are at increased risk for adverse mental health and social outcomes as adults.

“Childhood mental illnesses can lead to various ongoing challenges later in a child’s life. When a child has an illness such as anxiety, depression or attention-deficit hyperactivity disorder (ADHD), it is likely to cloud their adult life”, says the study’s lead author, Dr Mariette Chartier.

Attention Deficit Hyperactive Disorder is a psychiatric condition that may require special care. For children, ADHD is associated with problems at school due to low self-esteem. Children with ADHD often have trouble succeeding in a controlled classroom setting.

Typically diagnosed around the early elementary school and stops around adolescence. Frequent anger, irritability, arguing, defiance or vindictiveness are the most common symptoms of ODD.

It’s incredibly typical for a child to be oppositional and defiant at a young age; therefore, spotting ODD is a thing a lot of parents struggle with. So what distinguishes ODD from normal behaviour? The answer is its severity and longevity. A child who had ODD will strongly show behavioural symptoms for at least six months.

You might know anxiety to be just an ordinary human emotion, but if its occurrence levels are severe and last longer than six months, it might be a disorder.

Anxiety is the body’s natural response to the stress of fear or apprehension about what will happen next. Everyday situations in which anxiety gets triggered can be – the first day of school, giving a speech in front of people etc. Children with anxiety disorder tend to get clammy hands, dry mouth, cold feet or a racing heart quite often than usual.

Depression is classified as a mood disorder. If a child is sad, angry or irritated from time to time, and the feelings of sadness, loss, or anger limit their ability to function normally, they could be depressed. Feeling sad, irritated, down or in a bad mood is natural among kids. But when depression hits, negative feelings and thoughts linger for a longer time.

Depression shows up in different ways, and thus it’s difficult to recognize it. Like other disorders, if their mood swings linger for a considerably long time and vary in magnitude, it might be depression.

You might have experienced mood swings at some point in your life. But if mood swings include extreme emotional highs and lows in your child, it might be a point of concern. Bipolar disorder, also known as manic-depressive illness, is a disorder marked by extreme mood swings from high to low and from low to high. Children with bipolar disorders have extreme emotional states that occur at specific times. These states are called ‘mood episodes. These mood episodes can affect sleep, energy, activity, judgment, behaviour and the ability to think clearly.

Language disorder, formerly known as receptive-expressive language disorder, is common in young children. Such children have difficulty understanding others and expressing themselves. If at 30 months, your child isn’t responding to questions verbally or with a nod or head shake, then it may be a sign of a language disorder.

What happens when a child receives an excess of information from various technological sources? More often than not, the child is overwhelmed and doesn’t know how to deal with it. Infobesity is a newly discovered disorder among kids and is growing day by day at a rapid pace. According to some research, every individual absorbs around 34 GB of data from their surroundings at a particular point in time.

How to deal with behavioural disorders at home?

Have open and honest conversations with your child to build their trust. Don’t just start a conversation but listen deeply to what your child has to say.

A healthy lifestyle is a key to managing most behavioural disorders.

Some of the effective ways to cope with the disease every day include:

Yoga and meditation are also powerful in calming ones senses and easing some of the symptoms of any behavioural disorders—mindful meditation has shown to influence positive thought processes.

4. Indulge with them in their favourite activities.

Engage in activities that your kids enjoy, and allow conversations to unfold naturally. Don’t react out of judgment or fear if they say something concerning. Creating safe spaces for your children to talk helps make them more comfortable sharing complicated feelings and emotions when they need help.

When to seek help for behavioural disorders?

Most behavioural disorders are often misunderstood and considered taboo in our society. There is a great deal of confusion about where to draw the line between typical childhood behaviour and that which signals a clinical condition requiring treatment.

The best form of treatment is early intervention. Don’t hesitate to seek treatment. If your child needs help, a child behaviour specialist is bound to put your mind at ease. Meeting with a trained professional doesn’t mean that your child is crazy or that you are not a competent parent. It simply means that kids need a little extra support or an alternate method to be their best version.

As a parent, you don’t have to go it alone managing a child with any of the above disorders. Doctors, counsellors and child development experts can help. Treatment involves therapy, training to help build positive family interactions, managing behaviours, and possibly medications to treat related mental health conditions.

Most importantly, remember that you, as a parent, are not alone. There are doctors, counsellors and child development experts who can help you very well manage any of the above disorders. The treatment usually follows therapy, training to build a positive family environment, and skills to manage behaviours. Medications are used in adverse cases to balance brain chemistry to remove the most severe symptoms of the disorder.