The Top 8 Hindu Mythological Animation Series to Watch with Your Kid! 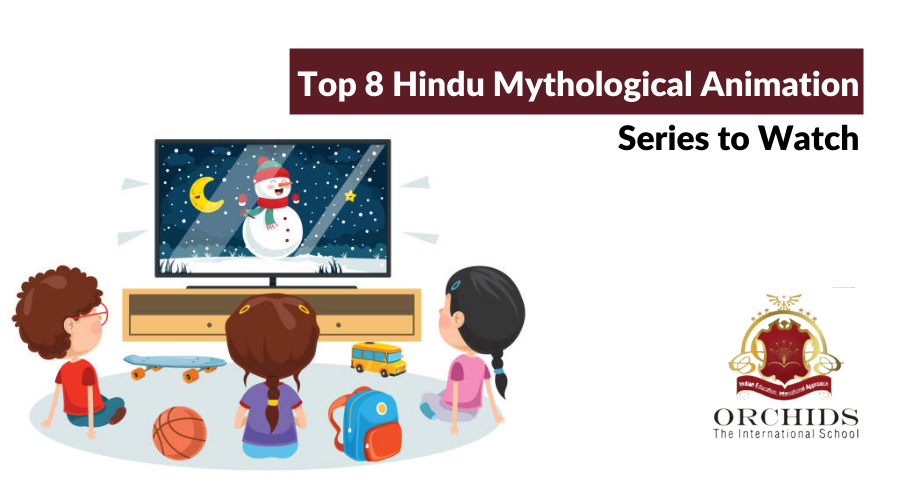 Gone are the days when you had to wait for Hindi dubs of foreign cartoons when you wanted entertainment. The Indian animation industry has been churning out exceptional movies and tv kids show series that are being loved by not only the children but also parents. Animated kids show series are a great medium when it comes to teaching your kids about Hindu mythology as well as the Hindi language. These vibrant and colorful shows can easily capture the little one’s attention and entertain them, while also teaching them about various gods and goddesses in Hinduism.

From Hanuman to Krishna, you have a variety of characters you can choose to introduce your child to. Below are our top 8 Hindu mythological animation kids show series that are perfect for preschoolers and elementary school kids:

If there is one India cartoon that almost every child across the country is familiar with, it would be Chhota Bheem. The cartoon features a young protagonist called Chhota Bheem and his gang of friends as they fight and defend their town of Dholakpur from evil people.

The colorful animation sequence and catchy plots quickly propelled this kids show series to become one of the top watched cartoons in India. Other than the protagonist, what also draws interest is his gang of friends including Chutki, Raju and Jaggu and their ongoing rivalry with Kalia and his friends Dholu and Bholu.Starting from a daily kids show tv series, this Hindu mythological animation kids show series can be now seen plastered over drinks and biscuits. It seems that this tiny cartoon boy has conquered the hearts of both kids and businesses. Chhota bheem can also make your child pay more attention to physical education in schools.

Krishna and Balaram is a Hindu mythological animation kids show series depicting the story of Lord Krishna, a prominent god in Hinduism. The plot of the show revolves around various conflicts that Krishna and Balaram solve as well as the evils they defeat. The show is an ideal media to introduce your kid to Hindu culture and mythology as the stories stay pretty close to the actual tales of Lord Krishna. With smooth animation and seamless dubbing, this is one of the best Indian animated movies and series you can show to your child.

Arjun the Prince of Bali

Arjun, the prince of Bali, started as a spinoff of Chhota Bheem. One of the best Indian mythology animated movies, it got turned into an animated kids show series due to its popularity. The kids show series revolves around Arjun, the oldest son of the king of Bali. He is accompanied by his pet tiger Zimboo. The show features his adventures as he tries to protect his kingdom from evil people and solve the trouble of the citizens. This show is an ideal medium if you want to introduce the language Hindi to your kids.

Hanuman and The New Adventures of Hanuman

Hanuman and its sequel the new adventures of Hanuman are two animated feature films directed by VG Samant and Anurag Kashyap. The movies depict the life of the popular mythological character From Ramayana, Hanuman. While the first movie follows actual Hindu mythology closely, the second one is a modern interpretation. Hanuman. Known as Maruti, deals with Gods and defeats demons while being a regular school student on the side. These films are not only enjoyable but also educational. The crisp Hindi voiceover will help your toddler learn the language while also being thoroughly entertained.

Roll no. 1 is one of the more unique Indian cartoons. It takes the mythological character of Lord Krishna and sets him in a modern school setting. Krishna or Kris is an intelligent kid with superpowers who lives in an orphanage. The villain of the story is Kanishk who is a reincarnation of Kansa and whose aim is to conquer and take over the whole earth. The kids show series follows various evil schemes of Kanishk and how Kris and his friends ultimately foil them. An entertaining watch, the show has references to the actual mythology in the form of other characters including Radha (Pinky) and Sudama (Babloo). This award-winning show is a must-watch for older kids interested in Hindu mythological animation kids show series.

Selfie with Bajrangi is an animated kids show series that currently airs on Hungama TV and Disney channel. It follows the adventures of modern-day boy Ankush and his pal Bajrangi, aka Lord Hanuman. The plot twist is that no one but Ankush can see Bajrangi. The episodes generally revolve around them catching guys who are up to no good as well as helping police and normal citizens. The name comes from the fact that Bjarangi likes to take a selfie whenever they manage to save the day successfully. The next time your kid demands to watch tv, turn to this series for quality entertainment.

Bal Ganesh centers around the life of baby Ganesh, the son of Shiva and Parvati in Hindu mythology. This animated film shows the adventures of the mischievous, elephant-headed god as he goes about his daily life. He was accompanied on his journey by his loyal friend and vehicle, Mooshak, the mouse. Watch how he manages to have fun while simultaneously defeating evil demons and protecting the world.

One of the many retellings of Lord Krishna tales, Little Krishna, tackles a younger version of the mythological character.  This series is one of the finer Hindu mythological animation series aired on Indian cartoon channels that utilizes 3D animation. Baby Krishna is a mischievous little boy who loves praying pranks on his mother and her friends.

The 13 episodes long series also depicts some of the famous battles Krishna had as an avatar of Vishnu, such as the fight against Bakasura, the crane demon and Kaliya the giant deadly five-headed venomous serpent king.

As more and more Indians become interested in animation, we will continue to see more of these mythology-based animation series appear. Your kid’s daily dose of tv does not have to be just pleasure. With these shows, combine learning with entertainment. What mythological character would you prefer a show about?

10 Movies All Kids Should Watch Before They’re 12

The importance of teaching children teamwork and sportsmanship