Know The Signs Of Speech Delay In Toddlers In Parenting 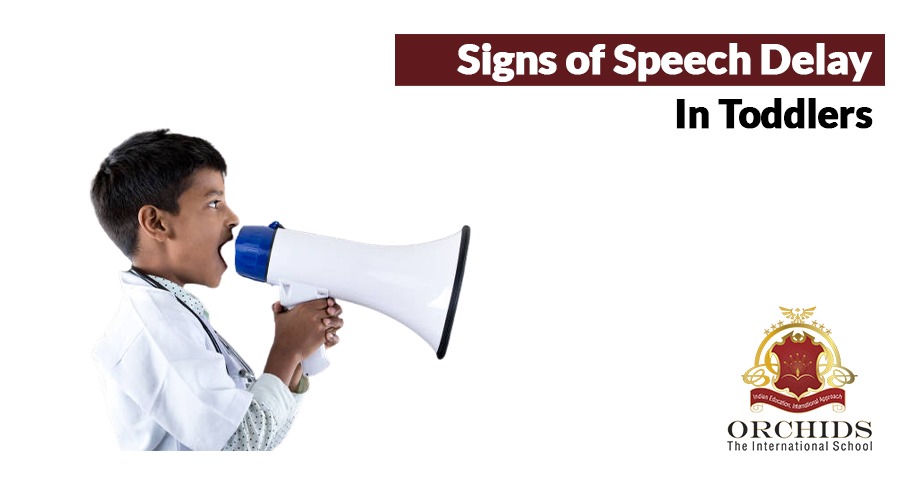 The ability to communicate has always been one of humanity’s greatest tools in elevating itself above other species. During all your parenting, you will observe that a typical 2 to 3-year-old can say about 50 words and speak in two- and three-word sentences. By age 3, their vocabulary increases to about 1,000 words, and they can speak in three- and four-word sentences. If your toddler hasn’t met those milestones, they may have a speech delay. Very few things as such hurt parents as much as when they find that their child is showing signs of speech delay.

Without the ability to freely talk, they will always have trouble telling exactly what they want to say. While it is typical for children to have some form of speech problems when they are young, some unfortunate ones have this problem prolonging, sometimes way into their adolescence.

While parenting your child, you need to understand the very basic thing. There are two types of language delay: receptive and expressive. When a child struggles to understand what is being spoken to them and often requests to repeat what was spoken, it is called a receptive delay. If your child can understand the language better but has a hard time forming sentences and speaking out loud, it is an expressive delay.

Stuttering and speech delay go hand in hand most of the time while child rearing. Infact, in parenting stuttering is one of the top signs of speech delay you will get to observe in kids. Some doctors believe that these problems originate from the brain. Some believe that it is not the brain itself but the communication pathways. That is, the brain sends signals to the muscles involved in speech. These signals travel through nerves, and when there is an inconsistency in this route, the speech is stuttered or delayed. So other health conditions will also start or worsen the child’s delay in speech.

Apart from the conditions involving the brain and the nervous system, there are other prevalent causes that impede the child’s ability to speak. We have compiled a list of the top four causes.

In speech delay, it is the most logical cause. How can a child speak if he/she can not hear properly? Sometimes, speech delay is actually not the inability to speak but not knowing what to, since they did not hear what has been spoken to them.

Children with autism also have a speech delay. But as they grow, they will learn to speak better, and it is not perpetual.

Words are problematic to children with dyslexia, not just when it comes to writing them but also speaking. They have little phonological awareness, so it is hard for them to break words into little parts and training to utter them.

This in speech delay, is not uncommon for a child to have either one of his/her parents with a history of speech delay. If you have struggled with communication in your early days, the chances are that your child might have to face the difficulties you did. But on the bright side, you have firsthand experience in dealing with this problem, so you can guide your child in the most optimal way.

In parenting it is impossible to know early on if your child is going to have a speech delay. There are no medical tests or scans to spot it. We can only know it when the child already begins to express the symptoms. However, this is not a reason to be petrified. Speech delay, though sneaky, isn’t like some other health conditions that can harm your child physically.

Below is a typical timetable of speech progression for toddlers. If you find an anomaly or any signs of speech delay in the initial period of your parenting years , it is time to take action.

They should use gestures to communicate

A one-year-old should be able to use gestures to communicate. Babies see everything and everyone with wonder. When they try to express their joy or concern and are unable to speak since their vocal muscles haven’t yet developed to form words, they are left with no choice but to use their arms and legs.

They try to imitate their parents

Toddlers usually try to imitate their parents and ‘speak,’ basically making loud baby noises, one of the most pleasing sounds in the world. But a few parents never get to hear it. If a child is 15 months or older and still not using his voice and gestures instead, he might have a speech delay.

A kid is able to pronounce by 2 years

By two years, a child will be able to pronounce at least a few full words. Even their names or ‘mom’ or ‘dad’ would do.

Also, at the age of two, half of what the child speaks should be sensible and not be all baby noises. If the sentences slur or come out as incomprehensible blabber with a raspy tone, the child may have a speech delay.

Two and a half year babies will follow directions. Failing to do so will mean that he/she might suffer a hearing impairment.

They will learn to relate

Three-year-olds should be able to do relative a lot. Like, Recite rhymes, at least parts of them, and might also try to tell stories, and a three-fourth of it should be comprehensible

They learn to ask questions

Ask a lot of questions due to the partnering of untamed curiosity and their newly discovered ability to talk.

It is not a preventable condition, so, unfortunately, you can not stop it when it is happening. There is only so much you can do when your child shows signs of speech delay.  But there is a silver lining. Most of the time, speech delays aren’t severe. As in parenting, you will get to see most kids catching up, especially when they get early treatment. Well, one of the good parenting tips for parenting guides  is to get your kiddo the help they need as soon as you think there’s a problem. If you ponder whether your little one is falling behind in emotional, mental, or physical growth, don’t wait to find out. Talk to your doctor right away.

Also, keep in mind that merely talking a lot to the child will do wonders in them speaking normally. Remember not to push or act impatient. Wait and make them comfortable to speak at their own pace. As they gain confidence that their speech delay isn’t bothering you, they will become forthcoming and would love to talk more. In the end, they wouldn’t even know when the problem would dissipate.