Home » Blog » Parents Corner » Does Parenting Have an Impact on Child Brain Development?

Does Parenting Have an Impact on Child Brain Development? 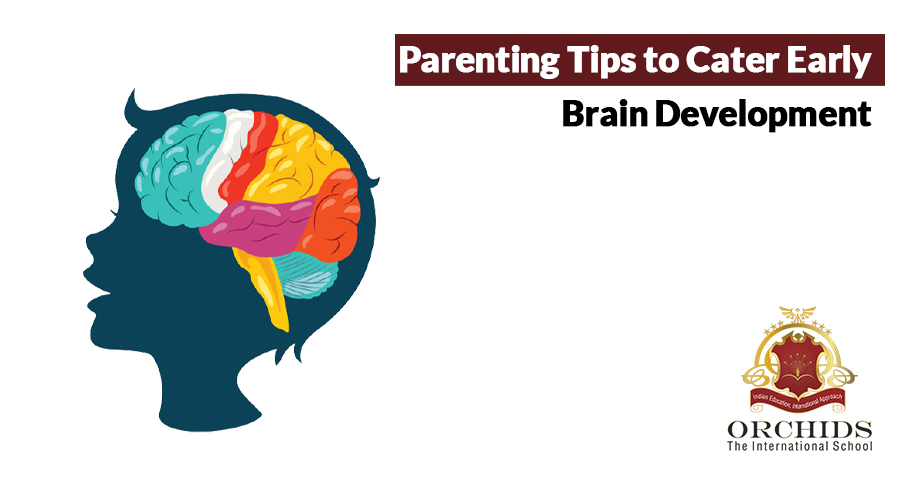 Only a few things have a lasting effect on a person’s life – their financial situation, social position, and — Parenting. From the moment a child is born to his last days, these things dictate who and what he is. While social and economic circumstances are something that an individual still can change in his life, he hardly has any control over what parenting he receives.

“Children are educated by what the grown-up is and not by his talk.” –Carl Jung.

A child with positive and encouraging parents will grow up receiving love and support and is far more likely to succeed in life compared to his peer with negligent parents. Before we discuss how parenting changes how a kid views the world, let’s look at how a child’s brain develops.

Early childhood. The most critical time for babies to develop their physical, social, and cognitive skills. The majority of the child’s brain development happens during these formative years. A child needs proper nourishment, both physically and psychologically, during these years to develop into a thriving adult. And malnourishment in either of those results in a physically weak and mentally distressed adult.

Though the volume of neurons (brain cells) in a newborn’s brain is similar to that of an adult’s, the neural connections between these brain cells (synapses) are fairly higher in an adult’s brain. These connections are what we know as synapses. Whether a child is just learning ABCs or mastering quantum physics, the brain forms these synapses between neurons. This is how we learn and gain experience.

Scientific studies have shown that almost a million synapses are created each second in a newborn’s brain. Since our early childhood depends on our parents, we gain all the fundamental knowledge required in life through them. Infact, research and empirical evidence reveal that childhood brain development is one of the crucial stages in their lives, if not the most.

We know that most of our basic knowledge comes from what we learned in childhood, including how we view the world, other people, relationships, and even worth ethics and etiquettes. All of these boils down to what parenting we had as a child. For example,

Child A who grew up in a household where parents solved arguments through discussion, is most likely to develop an even temper and solve disputes without raising voice. Whereas Child B, who grew up in a household with aggressive and violent parents, would internalize that aggression is the only way to solve any conflict. Out of these two kids, Child B is more prone to getting involved in dangerous situations as a teenager or an adult.

Parenting not only teaches how to react to various situations it also influences the physical development of the brain. Children with neglectful parents often learn how to talk later than kids with parents who are actively involved in raising them. Bad parenting also includes helicopter parents who want to control every aspect of their toddler’s life. Parenting, especially the authoritative type, will result in kids who either cannot stand up for themselves or defy all authorities.

The first thing the parent or a caregiver should do is spend a lot of time with their child. Humans are social animals. The relationships they form with adults play a vital role in child brain development.

The newborn will form synapses even from something as basic as feeding or cooing when they cry. A child gets used to the parent’s voice in a few days, and when they do, brain connections are formed. When the parent hugs the child or sings a lullaby, the child learns their voice and smell. These completely different sensory organs – nose and ears – form a million synapses during this time.

For a healthy, growing brain, constant stimulation is a necessity. Boredom or isolation has a negative impact on child brain development. For many adults, stimulation is playing video games or watching a good flick. But infants haven’t yet reached the mental capacity where they can enjoy either and feel stimulated. For them, the world is new and strange. Parenting tips:  giving them a piece of plastic cover or a TV remote is stimulating enough. Stimulation has been proven to be one of the most critical factors in studies regarding child brain development.

The quality of the time spent with the child is equally, if not more, important than the quantity. A newborn is, for all intent and purpose, a blank sheet of paper. Parenting is responsible for teaching them everything about the world they were born into.  Its parents whose words they copy when they learn how to talk, and its parents who they try to reach when they try walking for the first time. A neglected child often struggles with these basic cognitive skills as they don’t have anybody to guide them.

Apart from talking and walking, other things like empathy and morality also develop during this time. If a child sees their parent sharing their food or caring for stray cats and dogs, they will learn to do the same. Hence, it’s not incorrect to say an adult always carries a reflection of their parents in them.

But how do you prepare the child to be alone and make sure they form a lot of synapses without your presence? Interactive toys. From learning the basic alphabets to solving small puzzles, they will help the child form ample synapses in their brains. It is not as hard to keep a child entertained, for the new world is new to them. Anything insignificant to adults, even a paper cup or soda cap, can kindle a child’s brain and help in forming synapses. So, in a way, as long as you pay attention to the child’s mood, you are doing an excellent job at parenting.