Combat Social Inequality- Why Early Childhood Education Is So Essential 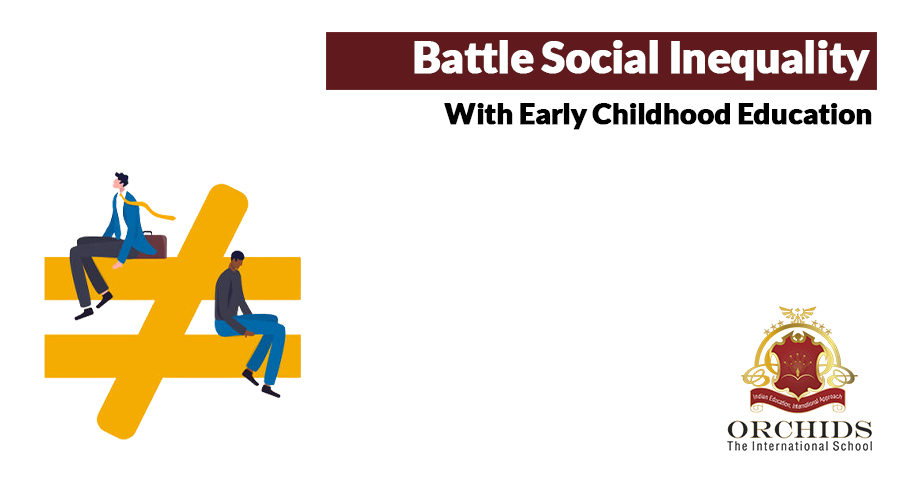 Any form of disparities in the way people from a particular place experience life is not good for the country. While it is true that we are all different and we pursue different objectives, achieve different goals, some rudimentary should remain accessible to all. But that is not always the case. We see a child sitting in a car at a traffic light, getting dropped in school, and another child of similar age selling fruits or other minutiae outside the car in the hot sun. This example doesn’t even scratch the surface of the iceberg’s tip. There are a myriad of social inequalities plaguing the world. Let’s take a look at what are the types and how to combat social inequality.

For a large portion of the populace, most of the salary credited to their accounts at the end of the month disappears into various commitments before the first week. Scrimping and saving to even buy a smartphone, sometimes there are no savings at all. This can not be called living but surviving, modern cavemen merely trying to get by month after month. Only a few get to live their lives to the fullest, and others are left to battle lifelong poverty.

While inequality in salaries is definitely worse, the cruellest manifestation of social inequality is homelessness. If we divide the landmass of the world with all the people inhabiting it, each will get a little over 5 acres of land. But is that what’s happening around us? Some people live in mansions, with home theatres and swimming pools, while a cursed few fight for a place on platforms and underpasses.

Even though inequalities in wages and shelter are depressing, the most dangerous type of inequality is the one permeating the educational system because the inequality carries on to the next generation and the next after that. Not everyone has fair access to education and education is one of the most important ways in which one can combat social inequality.

No human should be treated differently just because they are born into a different coloured skin or caste. This is the most senseless form of inequality. Even though it is illegal to discriminate on the basis of caste, it is an evil that still needs working on.

Slightly different from racial inequality, gender inequality still has all the negative effects. The gender we are born in is not up to us. And no gender is higher or lower than the other. Some countries still pay less to women for doing the same job another man is doing.

Humans have a strong sense of justice by nature. When they are ostracized socially or economically, their indignation doesn’t let them be at peace with themselves. As the world carries on without tending to their wounds, they bottle up all these negative feelings and explode in destructive ways.

No matter how much some people work, they feel they are stuck in a dead-end job, drawing minimal wages. And some people, though earning a lot, are not respected because of their race or caste, or gender. Inequalities like these ruin their quality of life.

Some people, when unable to earn enough to provide for their families, take a wrong turn. They believe that the world has forsaken them, and only crime can rescue them from their monetary predicament.

As a parent, the responsibility falls on you to teach your children about the combat social inequalities of the world. Show them documentaries of how once-powerful nations treated weak people as slaves, colonizing and exploiting them. Children must understand some form of injustice is always present in society.

When children learn about inequality, they will see the inequalities and want to fight them. The primary inequality is poverty. Childhood education will give less fortunate kids a chance at succeeding in life so that their children do not live the same lives their parents did.

Another thing childhood education can fight is gender inequalities. Learning about successful women in science, sports, and literature will teach the children that women are in no way lesser than a man.

As education becomes the mainstay of future generations, our posterity would see the pointlessness of few people hoarding more money than they ever need while others couldn’t even afford critical medical expenses. This would result in them deciding that wealth should be shared. How? With the help of the law, of course!

Childhood education and empathy in a particular group of pragmatic children will change the way the world works. To fight social inequalities, some of them would climb the ladders of the government and legislate laws to get rid of them. The presidents and prime ministers of the 2050s are now merely children getting their education on social inequalities.

It tools humans hundreds of years to realize that one human can not chain another and use them selfishly. Our history is blemished with us treating our own brothers and sisters in some of the most horrendous ways imaginable. But we have come a long way from flogging people. However, the battle for combating social inequality is far from over; the fighters we rely upon–social activists, writers, and politicians–are our kids who had their altruistic personalities firmly sprouting from their childhood education.

Planning The Best Investment For Your Child’s Education

In what ways do schools in Newtown promote adaptive physical education?