Do You Think It’s Okay to Discipline a Child Physically? 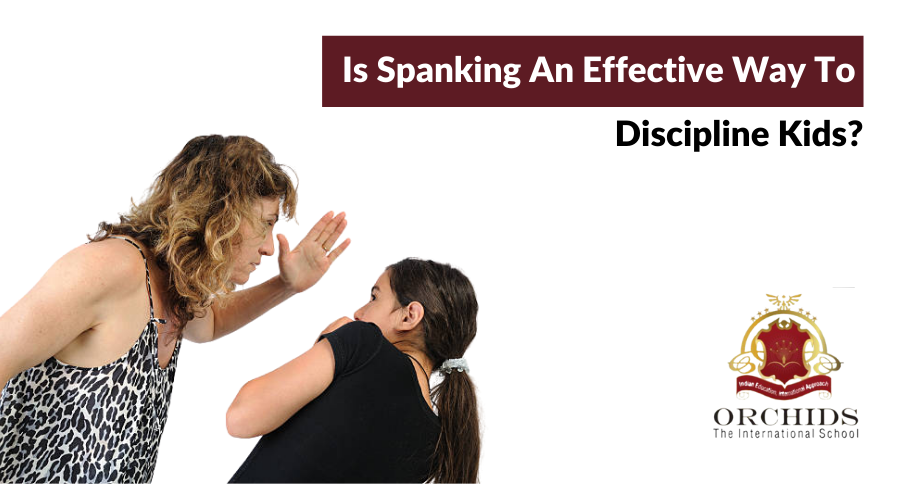 A story says about a mother who believed – Spanking is a necessary part of discipline. Until one day, she observed her five-year-old daughter, Sara, hitting her three-year-old son Dhruv without any reason. When confronted, her daughter said, “I’m just playing mamma…..”

Spanking was considered a punishment in that family that was waived exactly as it’s “meant” to be: calmly and with a focus on helping the kid to realize the reason for the punishment. Having grown up in a family where Spanking was an accepted form of punishment, you would think that Sara would probably be in favor of spanking herself. But personally, she isn’t in favor of it. She is married, and her daughter is now three years old. Spanking to discipline children has never been something she was comfortable with. She has friends who spank, and she doesn’t for a second judge them for that fact.

“Just a swat, looks to be instantly effective. If a child is misbehaving and then you spank that child, the behavior stops immediately.”

Call it a misconception or the truth, here; the live experience is always more powerful than reality. One of the memories that many people usually recall from their childhood is the times they were spanked. Interestingly they still believe it was “for our own good.” Leave discipline; how many of you actually stop and think about what that spank may do to your child’s brain and behavior in the long run?

According to a 2004 survey, about two-thirds of parents of young kids reported using some sort of punishment. These parents reported that by sixth grade, 90 percent of children had been physically punished, and 95 percent of teenagers reported exposure to physical punishment, with 51 percent having been hit with a belt. Parents who spank their kids may believe that a swat “just gets their attention” or imposes old-fashioned discipline, but Spanking, in fact, makes behavior worse than it was before and can cause long-term harm.

Consequences of spanking a child

Spanking Brings Along Aggression in Kids.

Forget discipline! Several studies show that the kids who were spanked by their controlling parents are more likely to display aggressive behaviors later in life. When parents beat their kids, they model aggression unknowingly, and little ones learn by watching how their parents behave. They realize that hitting is an acceptable way to solve problems or to react when angry. This ultimately leads to aggressive behavior towards other people during childhood but also later in life.

The Potential for Doing It Wrong

One thing is pretty clear: Experts in this field confirmed that Spanking should only be used in a certain set of circumstances. That is, for toddlers who have committed truly disobedience — not small acts of dissent. It should never be used for toddlers and rarely for young ones with better communication abilities just to discipline them. It is meant to convey a strong message and not to be used regularly. Moreover, it should never be motivated by anger or meant to elicit feelings of shame or guilt.

But if you are a first-time parent and Spanking is an accepted form of punishment in your home, chances are more than in a moment of anger, you might lapse and resort to this punishment when you shouldn’t. There seems to be very limited time when Spanking might be truly effective and correct.

Even if you are willing to roll the dice and think that your child wouldn’t be negatively affected by beating, research shows that Spanking isn’t effective at child-rearing. Children who are physically punished are not more likely to be compliant in the long term, so they are not learning how to behave differently in the future, which is your long-term goal as parents. Parents want kids to make good choices when they are not around, but spanking doesn’t make that more likely.

It Creates Shame and Is a Sign of Bad Parenting.

If they have been slapped by their parents, they might think, “I’m bad,” and struggle with self-esteem, trust, and mental health issues. Kids feeling shame are not motivated to improve their behavior and begin to feel that they cannot do better. Hitting a child to modify their behavior is not at all considered positive parenting. It rather tells kids that they can’t learn in a more positive way and don’t deserve to be treated well.

It Loses Effectiveness Over Time.

Sometimes, kids assume the misbehavior is “worth it.” They might even get “used to” such kind of punishment, in which case it stops being a deterrent. A more effective discipline technique includes understanding the reason for the behavior and having that conversation with the little one in an authentic and open way. Remember parents, punishment is about inflicting discomfort or pain, while discipline is about teaching and guiding.

It Doesn’t Work for Teens

If you have always believed in Spanking and applied it too, have you ever realized what you will do when you become a tween/teen? Physical punishment teaches kids that it’s OK and normal for any stronger person to hurt someone who does something that they don’t like. Physical discipline employs shame and pain to discourage and punish rather than dealing with the root of the child’s behavior.

Find the Alternatives to Spanking

Many discipline strategies are more effective than just a swat. Most parents want to consider alternative negative consequences that will reinforce their rules without hurting their child, all by removing privileges. But that’s not always the case. Using praise to encourage a positive attitude is another effective alternative to Spanking. When you see your baby “doing good,” make sure they know that you noticed them. Kids tend to perform according to parents’ expectations. Thus, it is too important that children’s sense of self is not lost in parental expectations. They need to develop a sense of pride in their own behavioral choices that are based on internal motivation rather than external approval.

The objective of discipline should be to teach kids new skills that will give them the tools required for being a responsible adult. Research shows that beating is not an effective discipline technique and has negative consequences—some of which can be lifelong.

But at the end of the day, whether to spank or not is a parental decision to be made on an individual basis.

But make sure you do thorough research and talk to the people and experts in your life whom you trust. If you choose to swat, work to ensure you are only implementing this form of punishment in the calm and measured way that is required for it to be effective. When determining which discipline techniques to use, think about what you hope your kid will gain from your intervention. You can embrace strategies like praise and reward your child’s positive behavior for building their confidence. Beyond that, continue to love your junior and provide a warm and caring home for them because your babies need that.

P.S.  Seeking for positive parenting with positive alternatives? I invite you to check out this long list of parenting resources that will help you find gentle solutions for many parenting challenges.

How to Raise a Strong, Confident Child

Are you a confident mom? We bet these 8 tips will make you one!