Home » Blog » Parents Corner » The Effects of Bullying on Teens

The Effects of Bullying on Teens 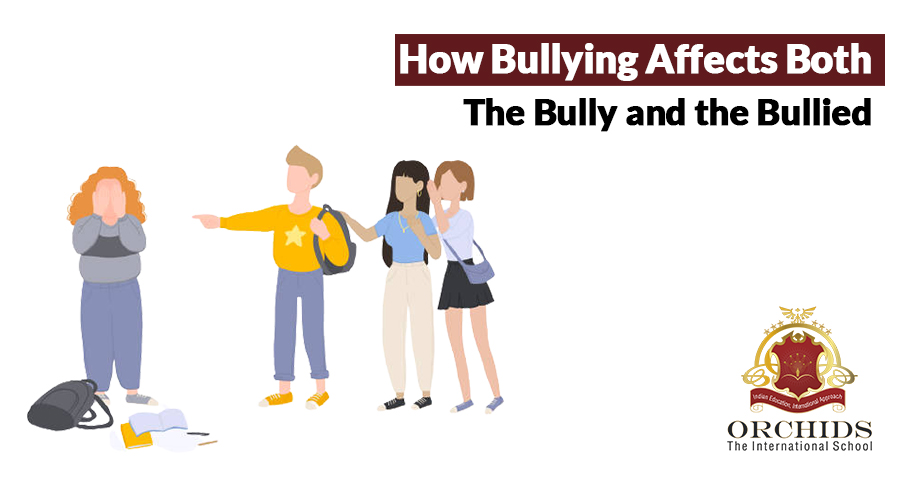 We’ve all been bullied at school at one point or another. Maybe it was just a flash comment on how we look or said something in the class. Or it was a year-long torture from someone mean. Either way, we must remember the helplessness we experience when the effects of bullying seemingly had control over our lives. And I am sorry to say that even today, bullying persists.

For the bullied teen, the school would appear mortifying, and they would rather stay home and lose their education than go to school in fear of what’s gonna happen that day. As parents, we must know all the detrimental effects teen bullying has. Maybe your child is the bully or the one being bullied. So it doesn’t hurt to know this, and you can intervene before things take a turn for the worse.

Serious Effects of Bullying on Teenagers

Though the psychological effects of bullying stay with us for longer periods, it is the physical one that is immediate and scares us the most. A bully may trip us as we walk through the aisle to our class or upend the food tray we carry. Or they may simply start some pointless altercation and hurt the teen physically. Since bullies usually pick targets who are smaller, due to their bigger stature, the victims can’t help but just cry or put their head down.

And teens aren’t known for sharing these sorts of things with parents. They most likely would suffer the hurt in solitude. If the bruise or wound is something that doesn’t heal quickly or cause some other serious health problems, it will even end up threatening the teen’s life.

Even though the physical effects of bullying are immediate and could turn life-threatening, it is not as cruel as the mental ones. When a teen is bullied on a particular day, that day for them is ruined. First, they come out of the trauma feeling embarrassed. Then their brain would conceive all the ways they could have avoided that situation; if it was unavoidable, how could they have tackled it in a better way that didn’t end up in them being bullied.

Some teens take things too far. They feel they were oppressed so much that they begin to hate school. In extreme cases, the bullied teens take matters into their own hands, which results in horrifying violence. So parents should pay closer attention to their children; when they are too quiet or preoccupied, your intervention is needed. If your teen is not willing to talk, call his/her friends and ask if everything is alright at school. If you come to learn that your teen is indeed bullied by some kid at school, reach for the principal. Trying and meeting the parents of the kid who is bullying will also help.

It is closely related to the mental trauma the affected teen suffers. Though it originates from mental agony, the ill effects of bullying show outside. In layman’s terms, somatization is the physical manifestation of psychological disorders, like anxiety. When the bullying gets too much, the victim would not be able to sleep or eat properly. In extreme cases, even if the teen is able to shove down the food, due to the persistence of the parents, they would have trouble digesting it. Similarly, your teen might also experience anxiety, headaches, and/or palpitations.

Seeking medical help will surely alleviate the ailments, but it is only temporary. As long as the root of the problem remains unresolved–which in this case is the bullying–all the solution you seek and find is not permanent. If your child is too hesitant to open up to you, then a professional counselor would be able to help.

Effects of Bullying on the Bully Themselves

In most cases, happy people spread joy, and sad people spread misery. So it won’t surprise you that the kid who bullies others is, in fact, battling a fight on their own. Problems at home, parents going through a divorce, loss of someone close, or even financial instability at home can all cause a kid to lash out at the world. Or, in this case, someone weaker than them. They feel too powerless and weak to help their own predicament, so they try to control someone else by bullying them. However, this is not a healthy way to deal with their problems, and as a result, it has a negative impact on the kid who bullies other kids.

Kids who bully other kids are likely going to rebel against everything, which will inevitably lead to bad connections and drugs/alcohol. They would learn all the bad habits very young and spoil their health.

Bullies are almost always vandals, too. They might start off small, but in time, they would graduate to more sinister activities. Dropping out of school will only be the first step. This sort of wildness and blatant disregard for society will lead them to juvenile.

A kid who bullies other kids will most likely mistreat their partner, friend or family members. Add to this their tendency to abusing alcohol; it might end up even at something as serious as a loss of life.

Like the bully, bullies too need care and affection. When a teen is accused of bullying some kid, instead of punishing them, talk to them. Or send them to the school counselor. The bully needs as much attention as the bullied, if not more, as effects of bullying not only scar them but a long series of people they would meet in life.

The top 8 Hindu Mythological animation series to watch with your kid!