12 Geography Facts That Will Blow your Mind 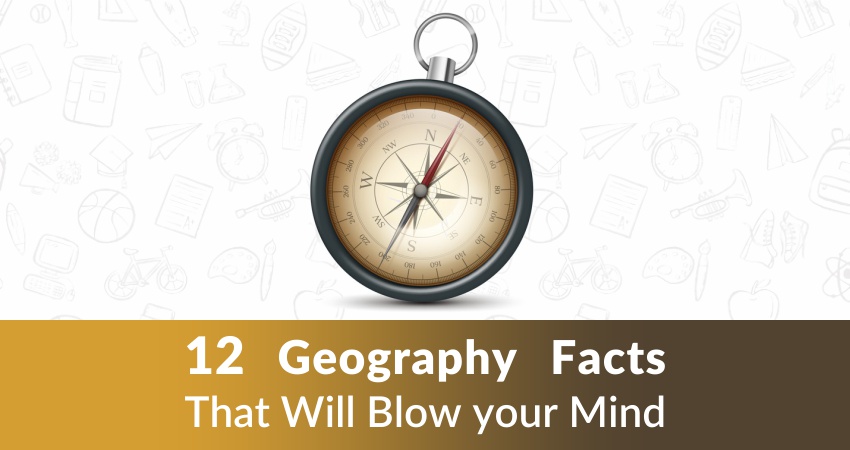 Geography: The anatomy of Earth

Studying the anatomy of our home planet is as interesting as it is important. Scientists have given their time and voyagers, their lives to chart the Earth and map it with the rudimentary tools they had hundreds of years ago. Studying geography is like knowing the physiology of our body, except we are examining the body of Earth, so to speak. Geography is not just the study of countries and borders. Geography facts for kids teach them about the weather and climate change, about water bodies and mountains.

Essentially, a child with a good score in geography is far likely to know more about the world than a 50-year-old person. Children interested in geography facts for kids are also travelers, as they would want to explore what they have studied. From something as beautiful as white sand beaches to witnessing the seething lava gushing out of a volcano, they would have knowledge about most of the alluring, weird, and scary stories of the world.

Like most things we have achieved so far as a species, we eventually have to give that responsibility to our children. We have done many great things: put a man on the moon, constructed a building as big as a football field over our planet, photographed atoms and black holes. Pretty commendable things we have achieved. But one thing that we have ruined for our future is our planet itself. Its climate is at the brink of collapse, sea levels rising, and our platelet getting hotter by second. If something is not done and done fast, the world will become irreparable, and so many mass extinctions will follow, humans the only reason for the blame.

Since climate change and weather patterns come under geography, it is crucial for each and every child to learn about our now-fragile planet so that they would do anything in their power to contribute less to its destruction and maybe even help reverse it.

Now that we have established that geography is a rather important subject to be taught, how do you make your children notice it in the first place? We got a list of cool geography facts for kids that you can share with your little one to pique his/her interest in the subject. Who knows? Maybe the interest we induce today in your child will transform him into the person who is going to reverse the damages his ancestors had done to their home. So without further ado…

Cool geography facts for kids to blow their minds:

5 Ways to Deal with Your Kid’s Homework Challenges