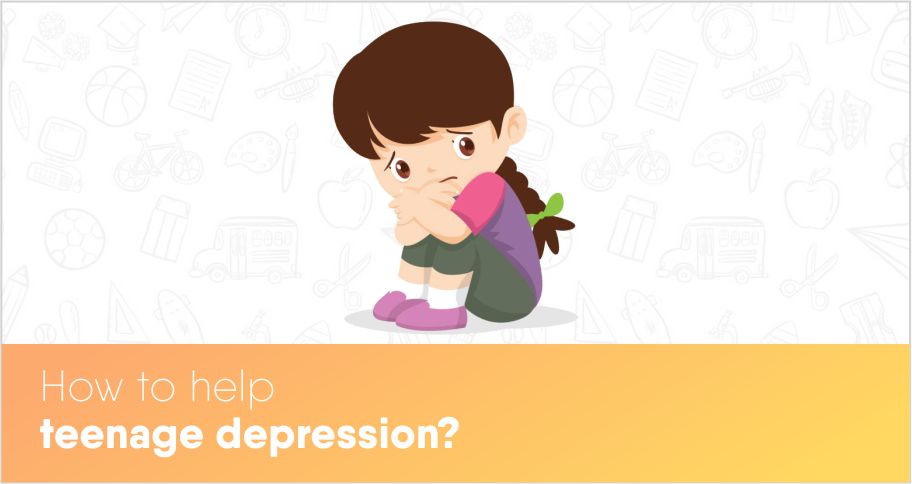 Teenage depression is the most serious mental health issue that causes a constant feeling of sadness and loss of interest in several activities. It also affects the way of their thinking, their behavior, and it also causes several emotional, functional, and physical problems.  In a teenager’s life, problems like peer pressure, academic performance are very common, but for some, it is more than a temporary feeling which ultimately takes them to the stage of depression. These depression symptoms lead to long term consequences in their life. Therefore, you must learn the way of how to help teenage depression and help them to tackle depression.

In order to detect signs of depression, it is important for you to keep an eye on teenage depression symptoms. You must learn about all the major symptoms that your teen may face when he is going through the phase of depression.

There are two types of Teenage Depression.

It is also known as major depression, and usually, it is characterized by combining a mixture of symptoms that affects an individual’s ability to figure, sleep, study, and eat.

Also known as dysthymia, and is characterized by long-term depression. It shows less severe symptoms.  People suffering from dysthymia have also experienced one or more episodes of major depression during their lifetimes.

What are the Causes of teenage depression?

Before we proceed toward the symptoms, we must first focus on its causes, which are

What are the symptoms of identifying depression in a teenager

After knowing the causes, here are some symptoms that you help you in identifying depression in a teenager:

The solution to overcome the Teenage Depression

If your teen is suffering from depression, then given below are the solutions that can help you in knowing the answer of how to help teenage depression:

Not paying too much attention to your teen’s depressive behavior can open the way for several functional and physical problems. Therefore, it is important to take teen depression seriously because if it is left untreated, then its consequences are quite damaging. Help your teen to come out of depression by reading some above-mentioned tips. If the condition gets worse, then don’t wait to seek attention from the medical professional specializing in dealing with depression.

What’s the right age for children to start speaking

How to improve concentration skills of my child