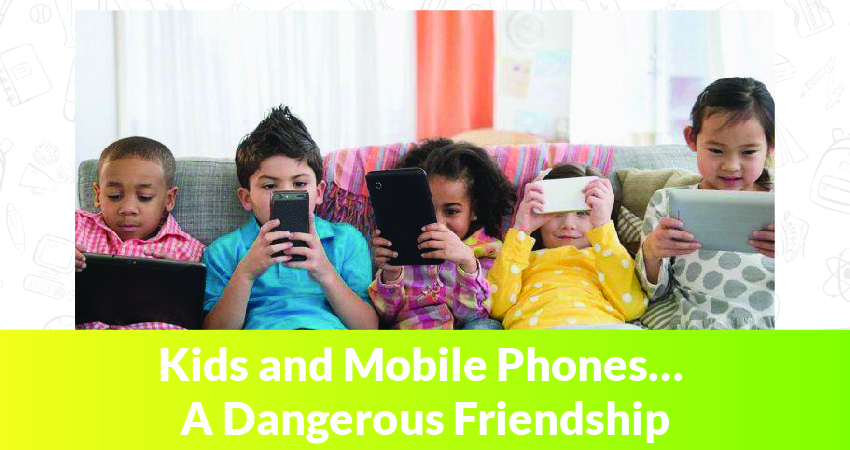 We lived our childhood being outdoors for most of the time – playing on the field, going on walks with our grandparents, and accompanying our mother to the market to watch her bargain with the fruit vendor! As you reminisce about the good old days, your children are spending their childhood on a five-inch screen. It is sad and worrying for every parent. You have tried (we know you have tried hard) to separate the unbreakable and dangerous friendship of kids and mobile phones but they have stayed glued to each other like Jay and Veeru.

Even though they had an iconic bond that ultimately broke in a tragic way, your kid and the mobile phone can still stay friends by taking small breaks from their friendship. Wondering how you can make this magic happen? Well, that is why we are here to help you!

Before taking one step ahead, you have to take two steps back and understand WHY they are friends with their mobile phones? What is it that makes them stay affixed to the screen for hours, so much that they forget about everything else around them? Studies indicate that kids rely on mobile phones to keep them entertained and engaged. What starts as a means of entertainment becomes the only alternative to beat boredom. The mobile phone has an ocean of services to offer, making accessing the internet much easier than any other device. The internet, as we are well aware, has new content being produced everyday at a fast pace – be it videos or games. This attracts your child to watch whatever they can before a new content gets released. This is probably why when you give your kid a book to read or a puzzle to solve, she gets tired of doing the same thing for a prolonged time and gets bored easily, looking for other ‘fun’ things to do or watch.

Cell phones and child development are related to each other and the former impacts the latter in a more harmful way than you would have imagined. Look at these _ aspects of excessive usage of mobile phones and how it impacts them mentally, physically and emotionally:

The influence that mobile phones have on teenagers is much more severe. Teenage is a period of changes. It involves changes that are biological, which in turn influences their emotional state. The dependency on digital devices is increasing day-by-day, forcing us to question “have smart phones destroyed a generation?”

Teens rely on the number of likes and views on the content they create on social media to achieve gratification. They often feel pressured by their peers to be socially active, so much that they may become victims of cyberbullying. Staying late at night chatting and scrolling on social media leads to insomnia in teens, affecting their everyday activities of life. This could be a sign of addiction among teens and should be addressed by parents by simply having a conversation with the young lads! Ask them what sites they surf, which celebrities they follow and what kind of content they like the most. This would open doors for your teen to open up to you once they get into a comfort zone wherein they can talk to you about anything and everything!

Parents act as the first role model for children. They look up to you for inspiration and guidance from an early age. It is essential for you and other family members to set an example for your kids to learn the importance of family time. Nowadays, most parents are working and have little time to give their children. Small acts such as being offline during dinner time, having a long Sunday brunch or playing a family board game together can do wonders to eliminate the idea of mobile phones destroying family life.

As parents, it is crucial to educate your kid  to use mobile phones and the internet responsibly and respectfully. This will ensure prevention against cyberbullying, access to inappropriate content, dealing with hate comments and reporting any unethical activity. What also works is to set a routine for your little one to minimize interaction between kids and mobile phones.

Pro tip: Fix a day and time in the week, say Saturday afternoon, to invite your kid’s friends over for lunch. Ask  all of them to keep their phones aside in a basket for the entire time that they are together. Moments later you will find them chatting, cracking jokes, talking about their childhood and playing fun games! This will take their eyes off screen providing them rest and make memories to cherish for a lifetime with their friends!

We are on a path of everything being digital. The dangerous friendship of kids and mobile phones is here to stay. As parents, we can ensure they take care of their health, enjoy their life, and grow up to become sound and responsible digital citizen by educating them about it before they start their journey on it.

Are you aware of the car safety measures for children?