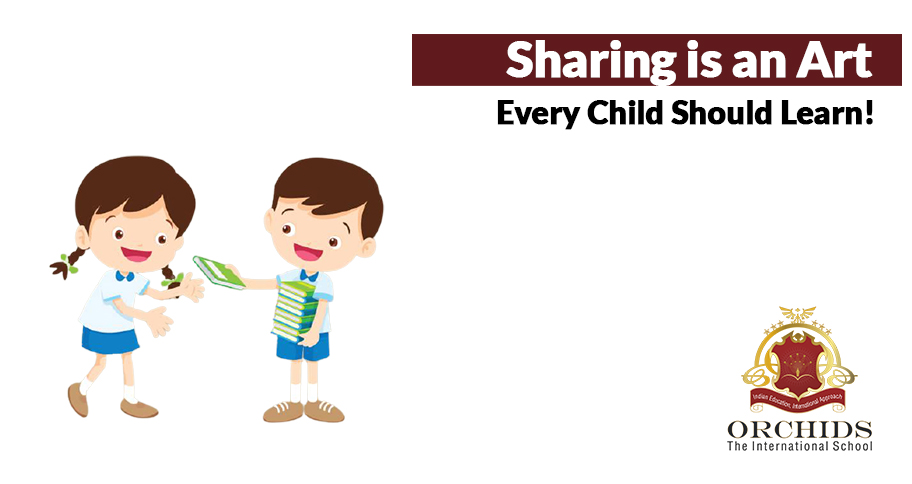 Isn’t sharing and other moral values for kids wonderful? You have a Snickers bar, and your friends are watching you open it. So you break it into two pieces and hand it over to your friend. Had you eaten the whole bar, your stomach would have been relatively fuller, which is how natural survival instinct should work, but now you left a minor gap in your stomach that the shared piece would have filled. However, you must have felt a fleeting sense of pride that you are a good person. But is this momentary pride enough to teach your kid the importance of sharing?

Sharing may deprive our body of food or bank balance from cash, but it fulfils our hearts. But is sharing actually altruistic? According to scientists, human intelligence and knowledge have a strong foundation in our ability to share. When early humans shared their meat with other humans from a different tribe, they developed a friendship, which in turn was used to exchange information, like which parts of the wilds is easy to hunt and where it is risky. Eventually, sharing became a barter system, giving rise to businesses.

While it has been an evolutionary advantage and also good for moral development, the quality of sharing is not prevalent in kids these days. Let’s look at the benefits of teaching your child the importance of sharing.

Why Sharing is One of the Most Important Moral Values for Kids?

When you teach these moral values for kids to your children and make them share something with anyone, you not only make new friends but also keep the old ones. It’s the same for children, and kids are way more grateful than adults are.

If your kid’s friends get a lot of their toys or food, they would love your child’s generosity, building a solid foundation for their future friendship. Isn’t this a reason enough to teach your kid the importance of sharing and moral values for kids from an early age?

When children share, they learn to control their emotions because they are letting go of something, even if it is only temporarily. It will make them wise and lovable.

While a child must have empathy in the first place to share what’s his, he will also experience the gratitude and love of his peers, which will make him be more empathetic and share more. After all, sharing is caring, right?

Be a Good Role Model.

As your child controls her emotions and learns to be empathetic and develop moral values for kids, she will develop qualities like listening to someone with problems and growing emotionally. His/her friends will be inspired by this fact and try to take your child as a role model.

How to Teach Children Moral Values for Kids, Especially Sharing!

Sharing is a huge deal for children. Their food or toys mean everything to them at their age. So instead of expecting a child to listen to you when you ask him/her to share, try to talk to them about the positives of sharing.

Tell Them It’s Not Permanent.

One good point you can give your child to make him want to share is saying that it is temporary and the thing they shared will come back after some time.

Now that you’ve talked to the child about the goodness of sharing, and that is not permanent, you have to set up a time for the first sharing to happen.

If your child didn’t share after all the talking and scheduling, don’t reprimand. Start over instead.

Since your attempts failed the first time, you might feel that you should make the child share with force. Don’t! This oppression will be counterproductive and make the child hate sharing.

If a child is shy about sharing the toys with friends, then parents can play sharing games. Like sharing their toys with the parents so that they will know they will get them back.

Now it is time for round two again. But you know your child was not keen on sharing the first time. So now, instead of making him let go of something he desires, make him share something that he has no use of. Baby steps are what it’s all about.

It doesn’t necessarily have to be your child that you are praising for sharing. If your child’s friend is willing to share something, praise them, too.

If a child has siblings, teach them to share too. If they don’t, even their best friends can be asked to share so that they will know it is a common thing.

If some other child listens to you or their mom and shares their toy with you, ask your child to say thanks. Doing this will teach them that when they share, others will thank them in return. An often overlooked fact is that teaching your child the importance of sharing makes them a kind and grateful adult who changes society for good.

your child has finally learned to share and be appreciated for it and experience gratitude, too. Now it is time for him to truly let go of something he loves: his or her favourite toys. After this lesson, he has become a child who cares about others and has learned to share.

Don’t forget to cook your child’s favourite dinner or buy his or her favourite dessert or chocolate. You don’t necessarily have to tell them they are getting treated because they shared; it is not altruism if they expect something in return. No. They are getting treated with something they love because they deserve it. These moral values for kids will always stay with them, so nurture them early on. When you are treating your child, it is important to establish what the reward system stands for when working on moral values for kids. This will equip them with better social skills that will go a long way towards making their character stronger.