6 Most Common Parenting Mistakes To Avoid While Raising a Child 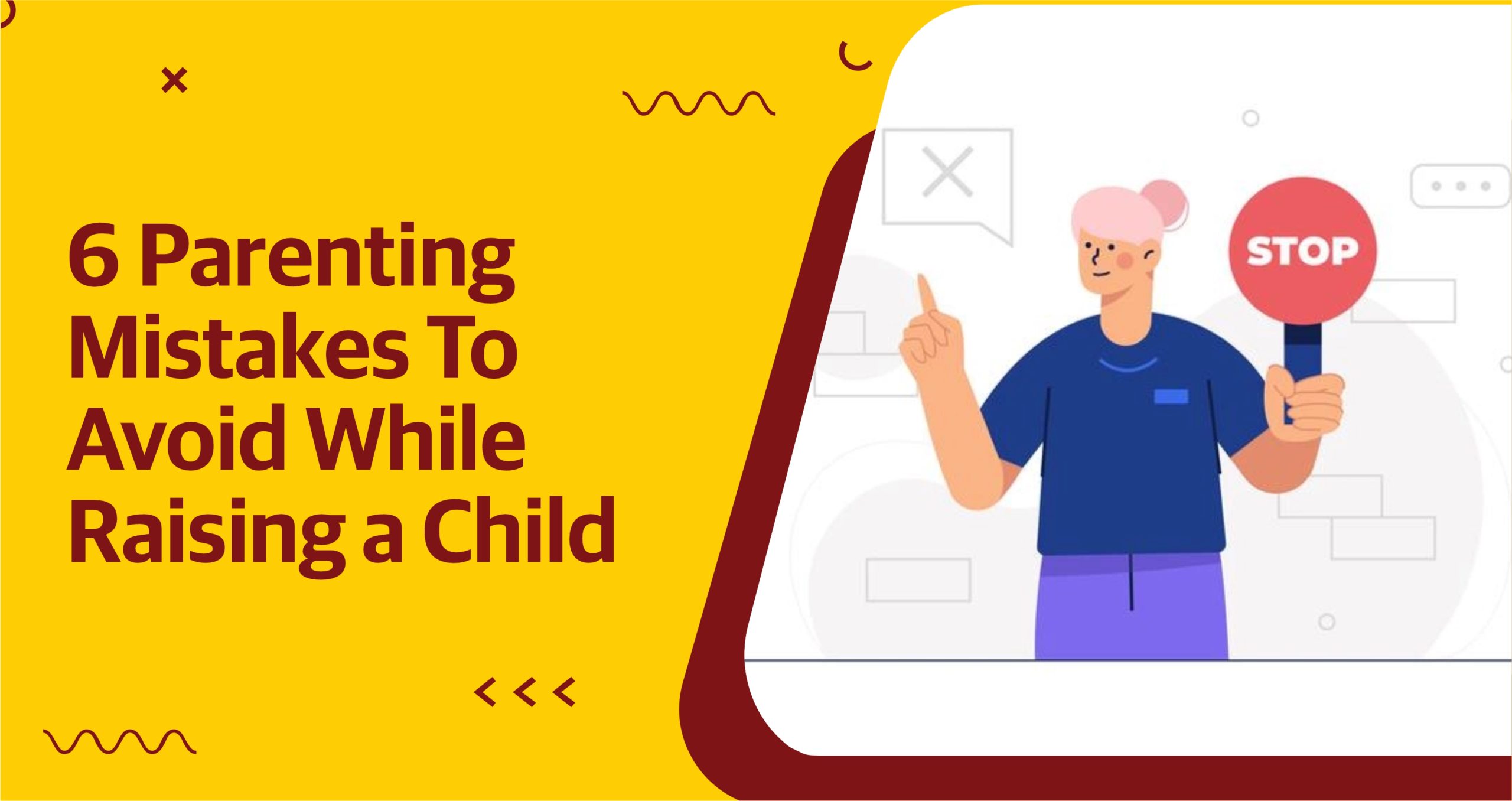 Parents are often unsure of the best way to raise their children. Parents need to remember that they are not alone in this process, and there are many resources out there that can help guide them through the difficult decisions when raising a child. Parents don’t usually want to make mistakes at first. However, they frequently depend only on their “parenting instincts” and fail to seek help for everyday parenting concerns and problems. Unfortunately, many of us don’t have a natural feel for what to do in every situation we meet as parents, and we all make mistakes from time to time. Each parent has their way of raising children, and the right approach for one family may not be a good fit for another. There’s no single parenting style best in all situations, but as parents, we can look to others’ experiences to see what might work better.

6 Most Common Mistakes Made by Parents When Raising their Children

1. Not Attempting to Resolve Issues

Many parents endure months or years of frustration coping with typical difficulties, either because they believe some problems can’t be remedied or because they are simply quick to accept them. Bedtime conflicts, frequent nocturnal awakenings, temper tantrums and behaviour difficulties in older children are examples of this. However, you may require assistance. Although your baby did not come with instructions, there are many books, websites, and individuals who may assist you in navigating the hurdles of parenthood. When dealing with more challenging or persistent issues, your pediatrician and other health specialists can help.

2. Difficulties That Are Overestimated or Underestimated

Before you can remedy an issue, you must first determine what constitutes a problem. And, if there is an issue, how serious is it?

Is it a significant issue if you:

In general, the answer is no in all three cases. These are specific, age-appropriate challenges that should be anticipated. On the other hand, a problem like a teen caught smoking, stealing, or cheating should not be taken lightly.

You can potentially cause problems if you have unreasonable expectations of what your children should do. This sometimes occurs when parents become upset or impatient with a two-and-a-half-year-old who refuses to toilet train, a six-year-old who is wetting the bed, or a moody teenager. Make sure your expectations align with what your children are developmentally capable of or expected to do.

If children are constantly being told what to do, how to behave, and when to perform tasks, they will feel monitored. If children don’t have clear expectations regarding acceptable behaviour and limits on unacceptable behaviour, they will start to believe that they are not good children. They may also think that their parents are not giving them enough freedom or respect. They need to be clear about what they are doing right and when they have failed at something. When children feel like their parents do not believe in them or trust them, they will view themselves as disappointments. Few things can affect your children more than an inconsistent parenting style. If you are strict at times but give in to others or don’t seem to care what your children do, they will struggle to understand what is expected of them and how to act.

5. Not Making Efforts To Change Things

Is what you’re doing effective? It’s almost as bad as not trying to address problems in the first place if you don’t recognize or change your parenting tactics that aren’t working. For example, you may believe that spanking is an effective method of discipline, but if you have to use it every day to fix the same problem or behaviour, it isn’t. Alternatively, if your child’s bedtime routine entails your child constantly getting out of bed, lasts an hour, and leaves you frustrated and exhausted the following day, you’ll need to find a new technique to assist your child in going to bed.

We’re not talking about physically fighting with your child, but you can fight back by getting angry, yelling, or repeating yourself again and over. Fighting or arguing with your children attracts unwanted attention and gives them much control over you because they can elicit such robust responses. Fighting back will result in you “unintentionally encouraging the conduct you’re trying to curb” rather than stopping harmful habits.

Instead of fighting back, you may do better by putting an end to power struggles and adopting more effective discipline techniques, such as time-out and applying logical and natural consequences, rather than wasting time arguing before you use them.

Parents can make mistakes in raising their children. It’s natural to want the best for your kids, and you may do things that seem like a good idea at the time but have unintended consequences later on. It’s easy to get frustrated and feel like you’re the only one who’s having trouble with children, but knowing which mistakes are most common can help you correct them before they become habits. It’s also a good idea to communicate more effectively with children by asking them how they’d like things to run and whether or not they understand your expectations of them. The most common mistakes parents make in raising children are not understanding their child’s need for independence and being too controlling. These two things can lead to many problems that could have been avoided if the parent was aware of these issues or had researched them beforehand. However, now you know what they are so it won’t happen again! We hope we’ve provided some valuable information about how to raise your children and avoid making any more mistakes at this stage in life.