History of Pyramids Made Easy for Kids! 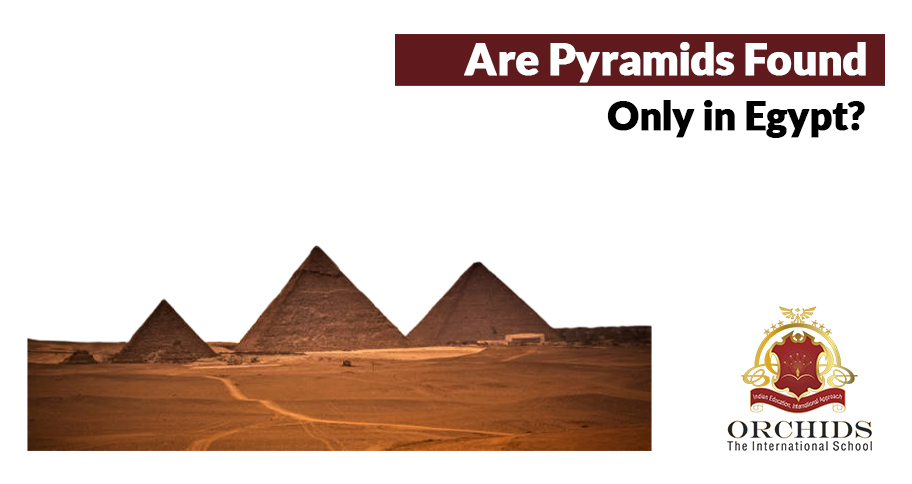 History of Pyramids explained: The Beauty of Egypt

Remember the Sundays when we were children, eating our favourite lunch and watching The Mummy? The ancient beauty of Egypt mesmerizing us? From those days onwards, pyramids have always attracted us. A few generations ago, pyramids have baffled archaeologists and scientists alike, giving rise to many questions regarding the history of pyramids like ‘why and when pyramids were built and who built them?’. The most puzzling of all was ‘How were they built?’ Even with modern technology, it is incredibly difficult to build such mountainous structures; kudos to our ancestors for doing it. And it is really remarkable that pyramids align with stars.

What is a Pyramid?

A pyramid is a structure with four slopes–a king-size prism made out of ancient rocks. They were made with a whopping 5-million blocks of limestone rocks. These rocks, though looking natural, are in fact artificial. Some experts believe that these blocks were made with technology too advanced for humans living before thousands of years, while others disagree. Regardless of the controversy surrounding the history of pyramids’ construction, we all have to admit that they are indeed a wonder.

Pyramids were constructed as tombs and monuments for Pharaohs, the monarch rules of ancient Egypt. They house not only their bodies but also treasures. Ancient Egyptians are not unlike us when it comes to the belief in the afterlife. They believe that when a Pharaoh dies, he would need things to go to the next world and become gods. So they stuffed gold and valuable metals inside many chambers of these structures, some of which are still hidden deep inside the pyramid’s ancient structures.

Some paths would lead to fake rooms or traps that would keep grave robbers at bay. Treasures aren’t the only valuable things inside the pyramids. The walls inside them were garnished with carvings and paintings, which depict the life of ancient Egyptians and their kings.

History of Pyramids Around the World

You would be forgiven for thinking that pyramids belong only to Egypt, though it is true that ancient Egyptians built a lot more than other civilizations. Mayans, Mesopotamians, and other countries also built them. Some of them are:

It is one of the oldest in the history of pyramids, dating 4000-3500 B.C. Located in Sardina, Italy, Monte d’Accoddi was built by the people of Ozieri culture. It is one of the earliest sacrificial sites in the world, where people of prehistoric Western Europe sacrificed cattle.

Situated in Koh Ker, a temple site in Cambodia, Prang is another beautiful gift to us from our ancestors, specifically from the Khmer Empire. It is thought to have had a four-meter tall Shiva lingam at its top, and the inscriptions on it say it is the most beautiful lingam in the world, but it is lost.

The whole of Egypt houses more than a hundred pyramids; the Pyramid of Djoser is the oldest among all others, building some one hundred years before the Pyramids of Giza. Before their construction, the monuments for Pharaohs were just all mounds with a flat top. Imhotep, Djoser’s chief architect, conceived the idea of stacking mound after mound, giving birth to pyramids.

Pyramid of the Sun

Teotihuacán is an ancient city in Mexico, hosting so many marvels of the prehistoric Mexicans. The city itself is a massive complex of archaeological wonders. The pyramid of the sun is the largest of its kind in the Western hemisphere. It is also one of the most mysterious Pyramids in history because no one knows why it was built.

Built in Nubia, now known as Sudan, there are 40 pyramids in this country. The Pharaohs governed these areas, so their influence is apparent in Nubia’s ancient archaeology. But compared to Giza, pyramids in Nubia are narrower and sharply tapered.

We have now answered most of the questions surrounding the history of pyramids, but they still don’t stop being in awe of their beauty, age, and sheer size. The Great Pyramid of Khufu was the largest human-made structure in the world for over 3000 years and is rightly described as one of the seven wonders of the world.

Robotics in School education – The intersection of science and technology

Exams Not the ONLY Way to Judge Success – says Rahul Dravid