12 Ways To Encourage Honesty In Your Child 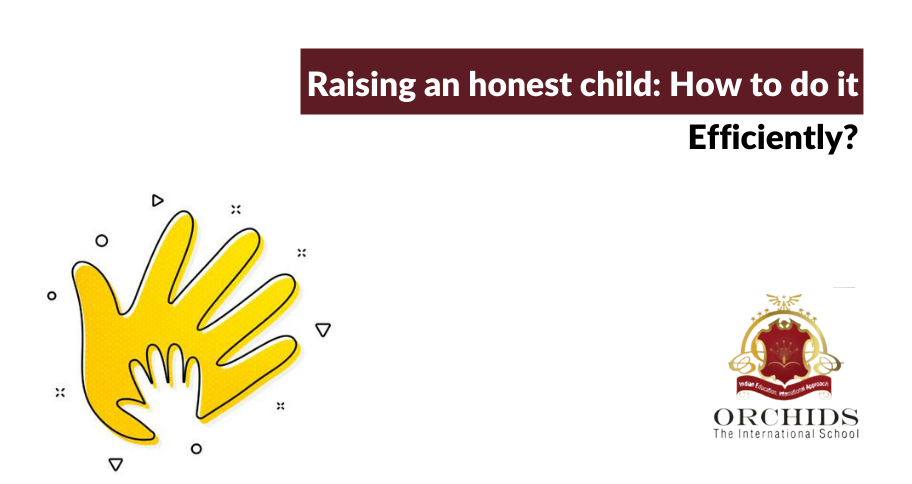 Raising an honest child is not complicated, but you need to work for it and show the example. It can be difficult raising a child constantly, to tell the truth, especially when surrounded by adults who bend the truth or outright lie. But children need to learn honesty at an early age to become second nature as they grow older.

Tips on raising an honest child

Children take their cues about lying from their parents. If you want them to be honest, you should set an example, even if it means revealing that you made a mistake or feel upset about something.

2. Don’t ask questions that require only ‘yes’ or ‘no’ answers

The art of conversation requires more than one-word answers like “Did you see what he did ?” and “Is it yours?”

3. Teach your children the difference between good secrets and bad secrets

Bad secrets are those that could hurt another person, like keeping someone else’s medicine or food, for instance. And good secrets are OK. These are things they can’t tell anyone without hurting feelings or making someone angry. There is an essential step in raising an honest child.

4. Be proud of them when you catch them being honest

If you want to encourage honesty in your child, then seeing them being fair should be a big deal for you as well as your child. When your child tells the truth about something difficult for them or that may have gotten them into trouble, reward their behaviour by letting them know how pleased you are with their candidness. This will help you a lot in raising an honest child.

The best way to reinforce honesty in your child is by practising it yourself. Always follow through on a promise, even if the outcome isn’t what you expected. If you expect them to be honest with you and you make a promise but don’t follow through, they won’t trust that your word is good and they’ll never know how important it is to always tell the truth.

If you make a rule, stick to it when raising your child. For example, if you say there will be no TV until homework is completed and then allow them to watch when life gets in the way, they’ll feel that rules are made to be broken at their convenience.

Make certain that honesty is one of the values you establish for your kids in raising honest children. Teach them by how you act, what you say, and by applying discipline when necessary for not following through with telling the truth or respecting others’ property. Although setting an example by acting ourselves honestly is important, we shouldn’t expect our kids to follow suit unless we teach them why it’s so important too!

8. Believe in your child

Raising an honest child is easier when we’ve instilled in our kids the value of telling the truth and respecting others. If we don’t believe in raising honest kids, we probably shouldn’t expect it from them either. If your child is saying something, try to believe in it rather than just shutting them out.

To raise an honest child, make your kids aware of how important honesty is to you and why by raising honest children. Again, this is done through words and deeds and examples set by us parents. You can teach them about the impact of honesty and how being honest will help them a long way.

It’s much easier raising honest children than those who think that rules and laws can be broken easily. Making choices whenever possible for raising your child encourages responsibility and self-esteem too! For example: “it’s up to you if you want to tell the truth or not.” This way, the child will be the one to take responsibility and will not find out later on that it was a bad thing to do!

11. Make Them Aware Of The Consequences

Once again, raising honest children means raising responsible children. You should always let them know the consequences of their actions so they can think carefully before they speak up or act in the future. It’s also best if you use an example to understand more easily since kids usually learn better through examples than lectures. For example: “if you tell me a lie, this is how I might feel.” This way, your previously mentioned honesty becomes an integral part of raising honest children.

Kids usually have difficulty thinking before speaking especially when being pressured by their parents. So give them time to think and they’ll be more honest when you ask for an answer since kids normally tell the truth when they’re not raising honest children under pressure.

Raising an honest child is undoubtedly a task that starts at home. If your child’s trust in you is solid, they’ll be more likely to understand the benefits of raising honest children and will strive to do so. As a parent raising an honest child, it is part of your responsibility to set examples by starting with yourself.