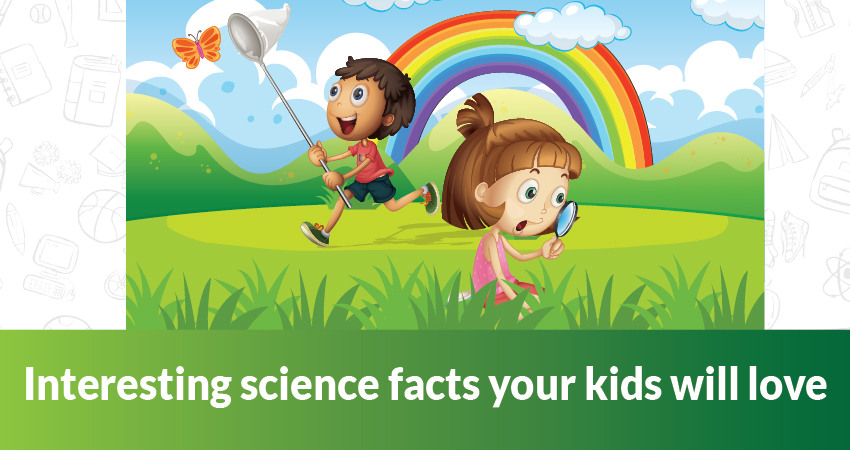 The posterity of yesterday built the technologies of today. A kid who was awed by computers was Bill Gates today; many children love rockets, but one child’s love for it surpassed the rest. And today, he is Elon Musk, sending rocket after rocket out of the atmosphere, with a goal of terraforming Mars. Just imagine the laughs and mockery he would have faced in his adolescence when he told his friends that he wanted to send people to Mars. But he is doing it, becoming a progenitor of private space travel. Similarly, children of today are tomorrow’s scientists. Wide-eyed curiosity in a kid’s mind is the fuel for changing tomorrow’s world. We all understand the necessity of science. After all, science has done in the last five hundred years what our ancestors didn’t do for hundreds of thousands of years. Scientific children do not just live vibrant and fulfilling lives, but they also elevate humanity further. They love learning science facts for kids and the reason behind everything they see.

Though science has progressed much, there is still a lot to achieve, many problems to solve, like The Theory of Everything, the Dark Matter and Dark Energy, and the most desirable of all, why does time travel only in one direction. Maybe your little one is the future Einstein, who will crack one of such significant problems and take humanity to the next level and learn science facts for kids.

Importance of science facts and trivia

While studying and memorizing laws or equations might bore a kid, a fascinating fact would make them curious. A weird little trivia will garner their attention and make them take an interest in science.

Now that they have learned about a peculiar oddity, which is also true, in an otherwise mundane subject. So they would try their best to find the reason behind such apparent anomalies in science, which for all intents and purposes, a cool mystery for them to spend their time on.

After solving one intriguing mystery, children would feel like they achieved something extraordinary when they learn about new science facts for kids. Finding an answer to an interesting scientific fact doesn’t give them the thrill, but the tedious work they did brought them the reward. To feel the same challenge and the eventual exhilaration, they would start searching for more.

Now that they got a taste for the wonders of science, they might start loving the subject, even though it is just because it entertains them. And children would love to do what entertains their curious brains, which would lead them to enroll in science majors in their higher studies.

Children who got interested, thanks to science facts for kids, will be future scientists, using that same mystery-solving attitude to crack the big questions of life. And when they find the answers, our whole species benefits.

Okay. We now know that cool science facts for kids can make a kid love science. Let us list out fifteen of them that we found interesting, which we hope will also impress your child.

Let’s learn some amazing science facts for kids about the vast space:

How many science facts do you know about biology aka living beings? Well, here are some that we know about:

Science facts  about Physics and Chemistry

Lastly, here are some science facts for those who are curious about physics and chemistry: