How to manage stuttering in children and toddlers - ORCHIDS School 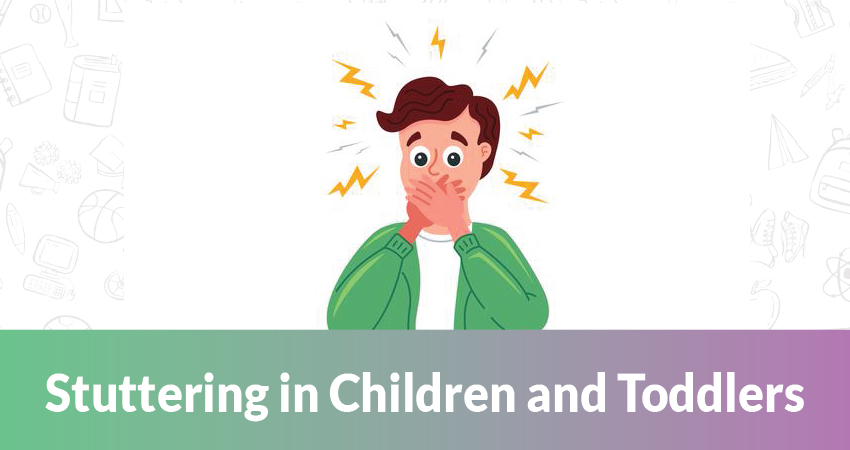 Very few problems cause children to lose confidence in themselves as stuttering does. Kids, who are famous for questioning everything due to their untamed curiosity, completely stop talking in most cases when this speech impediment sprouts. The main reason for this lack of curiosity, hence the lack of communication, is because of the fact that other kids can often be cruel and inconsiderate. In time, the disfluent kid may also develop social anxiety, anger issues, and become aggressive. After that, even if the stuttering in children and toddlers goes away, other personality traits that were affected because of it may prolong and make life difficult for the disfluent kid.

So how do we tackle such a detrimental health condition and help the affected kid cope with it? For that, we first need to understand what stuttering in children and toddlers actually means.

All toddlers go through a stage where they struggle to pronounce particular syllables or words. It usually happens when the toddler is between the age of two and five. As this is the time they first get to use their ability to speak, it is completely normal for them to experience an interruption in the flow of speech. Eventually, as the child gains proficiency in using the language, they stop stuttering.

But some children stutter well after the age of five. Though there are numerous treatments available to alleviate this hindrance, doctors aren’t exactly sure what causes it. Some believe it is a miscommunication between the brain and the vocal muscles that create sounds, while others say it is genetic. When a kid stutters, it is highly likely that he/she has a close relative who also stutters/stuttered.

As previously mentioned, stuttering in children and toddlers can prolong way into the age of five. While this reason can satisfy the optimist parents among us, it is not enough for everyone. And with a good reason. Because the child who is going to stutter after five years will also stutter before five. So how do you differentiate the temporary one from the actual health condition?

What can be done to help a disfluent child?

Stuttering is pretty common in children and toddlers, and it is highly unlikely that it will continue into adulthood. So if your child stutters, don’t panic. The problem can be dealt away with effort and consistency.