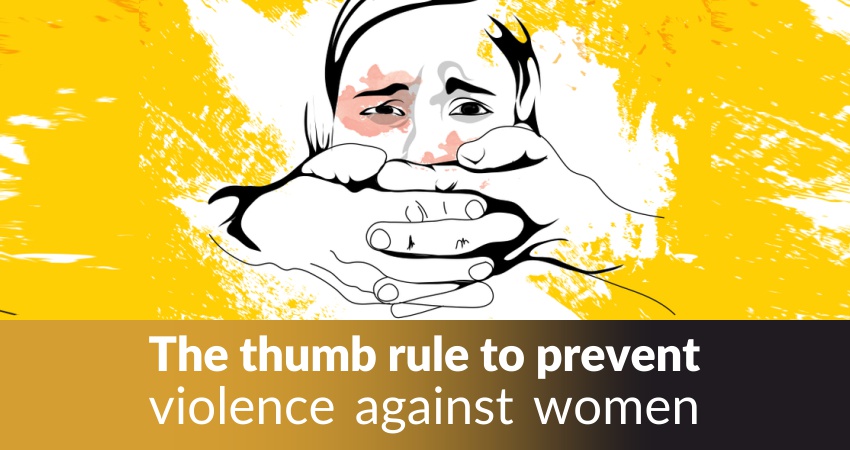 No species has ever treated its females as worse as humans have. Historically, women were never even given an opportunity to share their opinions, let alone have equal rights in voting. It is a long-time tradition that is slowly going out of style, but women are still not treated equally with men in many parts of the world. Be it at their workplace or home–men are given more credit than women even though they do the same work. So how can we teach posterity about respecting women so that the violence against women and children can be eradicated from the future?

Children must first learn the subtle and not-so-subtle injustices against women in modern society, then the history of inequality, and finally about women who faced all these blockades and still came victorious. Teaching children about these things will help them understand the history and gain perspective to see women as their equals. Also will help them to prevent violence against women and children.

Inequalities against women in modern society:

All we can do is: Find out ways to prevent gender violence. Wondering how we can come forward and prevent abuse and violence against women and children? Then it all starts here:

Around the globe, girls are not given equal access to education as boys. This problem is prevalent in developing nations and third-world countries. Many advocating organizations, including UNESCO, try their best to solve this problem by raising awareness and providing free education to girls. So we can assume that this problem will eventually go out of our species, and girls will get equal educational opportunities as men.

At the workplace, women face many issues that men simply can’t relate to. Not only are they harassed sexually by some malignant elements in their offices, but also not given equal opportunities in career growth, and their wages are not the same as men’s thought they do the same work. Even developed nations struggle with this problem, albeit a bit subtly than their developing counterparts.

If a man wants to get a tattoo or a piercing, then he can do so easily. But when it comes to women, their parents do not allow them to do so. Not just tattoos, but women are not given complete freedom to choose their own dress. These are, once again, more prevalent in the rural parts of developing countries. Even developed countries have no legal protections and sometimes make certain things illegal, which should otherwise be women’s sole decision. Forget abortions; even something as basic as using birth controls is frowned upon.

There are certain women politicians known around the world. Like the chancellor of Germany or the late Prime Minister of India, but generally, women are not voted into major powers as much as men. The USA, a progenitor of equal rights, is yet to have its first woman president. This is mainly due to the fact that most people in the world do not have a progressive mindset. They think women are not strong enough or smart enough to handle pressure, which women have proved time and again that they can. And many men have fragile egos, so they do not choose a woman to be their leader; this leads to electing the wrong man into important positions.

If women face such inequalities in modern times, you can only imagine their suffering in history. The first first lady of the US, Elizabeth Cady Stanton, wrote to her husband, one of the Founding Fathers of the US, John Adams, “be more generous and favorable to ladies than your ancestors.” She continued, “If particular care and attention are not paid to the ladies, we are determined to foment a rebellion.”

And fomenting rebellion was what she did. A progenitor of women’s rights movements, Stanton was known for Seneca Falls Convention, the first-ever gathering to discuss and fight for women’s rights. In this historical event, the Declaration of Sentiments was signed, which would spark years of struggle for rights that would eventually lead to the 19th Amendment, which granted women the right to vote.

While Stanton was fighting for women’s rights, there were many women who were proving to the world that they are in no way less than any man. Jane Austen was busy writing her novels that would sell millions of copies, making her one of the most influential figures in the literary field. Marie Curie was literally dying for what she considered as her life’s purpose. She invented two radioactive elements: polonium and radium. The first woman to win the Nobel Prize, Curie also coined the term ‘radioactive’. Mother Teresa was helping the poor and sick, showing to the world, and to men of those times specifically, that women do not just equal, but sometimes even better than men could ever be.

So when you teach children about all these, and some more, they are bound to see women are heroes who struggled every day, who are still struggling, to have equal rights. This would make them naturally hate any form of violence against women and children. Not only would they refrain from being violent to women themselves, but also raise awareness and fight for them when an inequality happens. Education is the only thing that can remove violence against women and children from society.