Home » Blog » Parents Corner » Out Of Water: The Effects Of The Water Scarcity In India

Out Of Water: The Effects Of The Water Scarcity In India 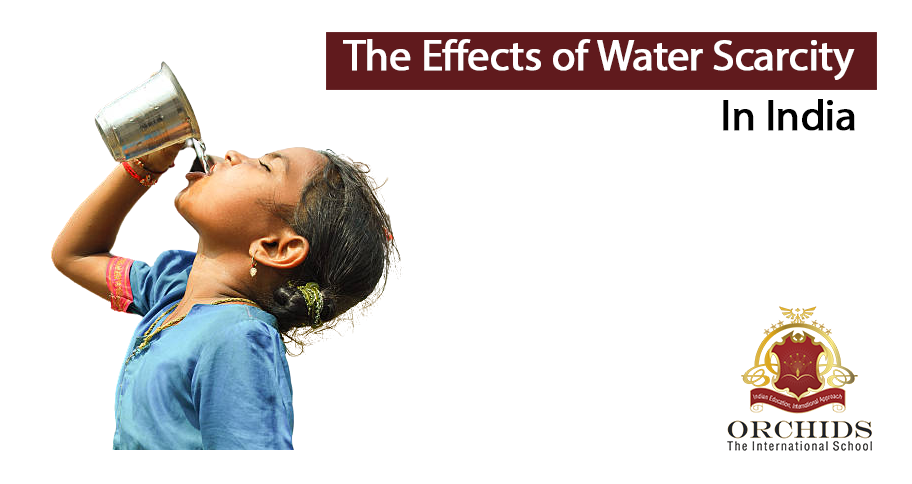 It is no secret that many of the world’s population lack access to clean water. For example, as of right now, nearly 1 billion people in India do not have access to clean drinking water. Water Scarcity In India has been a massive problem for years, and it continues to worsen as time goes on. This blog post will discuss how the effects of this scarcity are felt by those who live there.

Water scarcity in India is a significant problem that threatens the livelihoods of more than 600 million people. The main issue stems from climate change, which has decreased rainfall and increased temperatures nationwide. It makes it difficult for crops to grow without enough water. As a result, many farmers have been forced into poverty due to crop loss or because they cannot produce as much food with limited access to irrigation methods.

On top of this, there is also an increasing demand for groundwater resources for urban populations who need clean drinking water instead of relying on surface sources contaminated by upstream agricultural runoff and wastewater discharge.

The Effect Of Water Scarcity In India On Poor People

The brunt of water scarcity in India has been felt by the rural and more impoverished sections of society. A significant portion of rural villages in India still lack access to drinking water and have to do with nearby ponds and streams.

The poor and vulnerable communities are not unable to afford expensive equipment or filtration systems. This leads to high rates of death from easily preventable causes such as diarrhoea and cholera.

Although the government has taken strides to address this issue through low-cost toilets and expanding public wells, there remains an inequity created by economic disparity that prevents many Indians from having access to their basic needs, including safe water sources.

The Effect Of Water Scarcity In India On Farmers.

In the densely populated Indian state of Maharashtra, over half of the land is not arable due to a lack of water. This has led farmers in rural villages to take extreme measures such as drilling deep into aquifers that are thousands of years old and pumping up dried-up wells so they can irrigate their crops.

But this practice also leads to irreversible damage on these ancient sources for irrigation; since there’s no other source nearby, once gone, it will be difficult if not impossible for them to recover from.

Water scarcity in Indian states has forced farmers to resort to growing hardy drought-resistant crops like millet or ground nuts instead of a more profitable cash crop like tomatoes or sugarcane because cultivating these plants requires less quantity and frequency of watering compared with other more common crops.

Not only does this scarcity affect the soil and crops in the long run, but it also prevents any upward social mobility of poor farmers.

What Will The Future Look Like If We Don’t Solve The Water Scarcity In India?

The water crisis in India is of great concern. It presents a serious risk to the country’s economic and social stability, as well as its security.

The World Bank has estimated that by 2030, there will be an increase of 40% more in demand for water than what can be supplied on current levels; this could lead to acute shortages for 600 million people who live close to or below the poverty line – especially those living in rural areas.

This may also worsen crime rates and intensify conflicts between communities over limited resources such as groundwater supplies.

How Can We Deal With The Crisis Of Water Scarcity In India?

To deal with the challenge ahead, we need comprehensive solutions at various levels, for example:

It will take time before these measures become effective, so we need to develop new technologies with potentials like developing desalination plants on an industrial scale, recycling wastewater, etc.

Comprehensive Solutions For Water Scarcity In India At An Individual Level

However, we should note that in order to address this problem, we need more than just new methods and technologies; we also need people to change their behavior.

It’s vital for us all to become aware of what water scarcity means before taking an individual approach. For instance: how much water do you use every day? What are your habits when you brush your teeth or wash dishes? Are there any leaks from pipes inside your home? These small acts can make a huge difference if everyone follows them.

To sum it up, We all will feel the effects of water scarcity in India for a long time. It’s important that we do our part as global citizens by continuing the conversation about this issue and providing relief funds where possible. As individuals, it is also essential not to waste water because every drop counts!

I hope you have found these insights on the topic interesting- please let me know what you think in the comments below, or feel free to reach out if you would like more information or resources on how to help with this crisis. Thank you so much for reading my blog post today!

What’s that thumb rule to stop violence against women and children?