Home » Blog » Sports » Games and their impact on child development 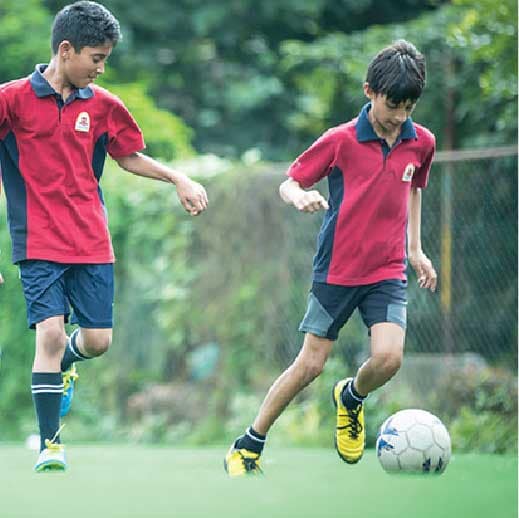 Sports and games are invariably related to the development of one’s persona. Imagine it’s being a sunny day, you are bored to death, and someone calls you to play a game of football. You would immediately join, and enjoy your time, plunging into a world of penalties and miraculous saves. After that, you would feel that you have thoroughly enjoyed the time. Yes, you had a nice time.

If this is the feeling of an adult, how would it impact the mind of the child? Have you ever pondered over this specific question? Given that they are in their formative stages, this question is of utmost importance. To understand the importance of sports first you should try to understand the difference between sports and games and this blog will suggest some of the sports and games children can play and how would they impact the minds of children.

Cricket is generally regarded as a gentlemen’s game. It came to India through the British, when they had the world in their palms. Earlier it was restricted and exclusive to some of the elites, but after the winning of the world cup in 1983, it became a layman’s game. There appeared a plethora of cricketers from obscure mohallas and streets. Names such as Tendulkar became household names.

How would this impact children? By engaging in cricket, children will develop qualities such as working in a team, developing intelligent strategies, etc.

This is the most popular game in the world. Started somewhere as an obscure game, now football thrills people all over the world. Heroes such as Diego Maradona, Ronaldo, etc became very famous in some parts of the country. Now we have our ISL, this game is soaring high.

This game would help children by developing their athletic skills and observation power. It will help also in the development of qualities such as teamwork. Apart from this, there is n number of benefits of sports.

This is also very popular in our country. Names such as P.T.Usha became synonymous with extraordinary athletic skills. Many movies ( they are the folklores of tomorrow) are made about this specific segment of games.

This would keep children physically fit. Fitness is one of the important aspects of life and that is why many schools in Bangalore and major cities are introducing this in their schools as well and let me tell you there are a good number of benefits of school sports in the growing age.

For example, one can excel in it and go on to play for the state or even on a national level.

Chess is purely a mind’s game. This game is all about having the correct strategy and observation power. Names such as Vishwanathan Anand, Bobby Fischer have made Indians proud and we associate the likes of him with superior intellect.

By playing chess, children will learn to develop the right strategy and sharp observation skills. As children are the hopes for a better tomorrow, as their guardians it becomes crucial for us to understand the importance of sports and as teachers, it is our duty to mentor them.

This game became very popular due to the emergence of players such as Sania Mirza, Pullela Gopichand, P.V.Sindhu, etc. Like the games mentioned before this also need physical and mental fitness.

By playing this game, children will remain fit and be able to form the correct strategies.

When children are in their formative stages, whatever they do would have a tremendous impact on their bearings. This is why there is a saying that good friends and good books you read in your childhood will determine who you are.

Sports and games should not only be treated as an activity of fun and enjoyment but as a grooming class for our kids, they learn so much from it that it actually carves a personality out of them. And this is the reason why all the schools in Mumbai, schools in Bangalore, schools in Chennai, and almost all the top international schools in India keep them in their sports and games section and encourage students to participate in these sports.

The benefits of school sports help them understand the game and let them indulge in their favorite game or sports so that they can learn more than just academics in school, some of the key benefits of sports are leadership, team spirit, sharing, being agile, and fresh, motivation, focus, hard work and so on.