Home » Blog » CBSE Board » How To Choose The Best Schools In Bangalore?

How To Choose The Best Schools In Bangalore? 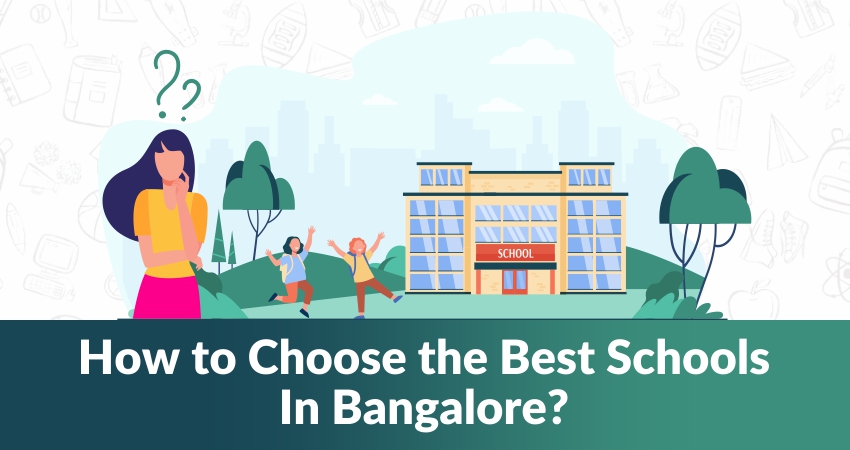 There is a rapid increase in parents’ preference of CBSE boards all over India, Including schools in Bangalore. In the 60s, the Indian government decided to make education equal for every student; and give a standard for that education as it was all a mess and highly haphazard because it had been only a decade after independence. Thus it formed the Central Board of Secondary Education with just some 300-odd schools across the nation. And now, fast-forward to the new millennium, our country has more than 18,000 CBSE schools, some of them better than the rest.

So what is the reason behind this exponential growth?

Many CBSE schools were formed, mainly to cater to the government employees of the central government. Since their jobs are more mobile and they were transferred often, CBSE helped educate their children. Later on, due to the effectiveness of the education and pupils scoring excellent marks in competitive exams like UPSC and NEET than their counterparts in State Boards schools, they became hugely successful. Let’s take the example of Orchids International School, which assists high school students to prepare for JEE, NEET, etc. with the help of in-house IIT graduates.

And now you, a responsible parent who wants to enroll your child in a school but you’re unsure of which one to choose. Fret not, for we are here to help you with your dilemma.

Differences between CBSE and other schools

Why is CBSE better?

Now you know  the reason behind the rise of CBSE schools in Bangalore, Kolkata, Delhi, Mumbai and all other major Indian cities.