What is Barter System?

A century ago, there was no money. So, how did people buy and sell at that time?

It all started with the barter system. Imagine, in a kingdom, there were people with different types of work, like cobblers, farmers, trailers, etc.

Suppose Ram is a farmer and Rahul is a cobbler. When Rahul needs vegetables, he approaches Ram and exchanges a pair of slippers for the vegetables he needs. It is known as a Barter system. 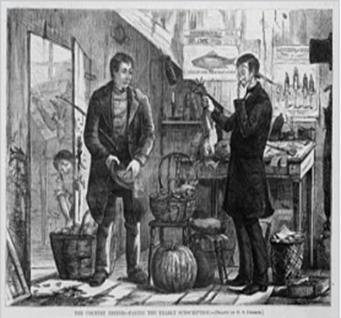 But the barter system works in the double coincident principle. Here, two coincidences have to happen.

If Rahul needs a haircut and he goes to Pritam, the barber, but the value of the hair cut much lesser than the value of the slipper, and the slipper cannot be divided; hence no barter takes place. Thus, the exchange of goods is not easy. Then the barter system converts to money.

After the covert system, profit and loss also can find in the new system.

Subdivisions of the Rupees During the 20th Century:

Sumit Buys Some Goods From a Shop, and the Price Is Given As: 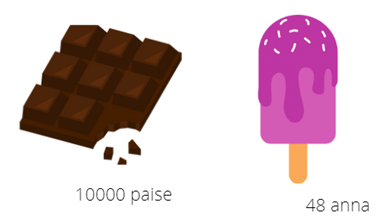 Then He Converts the Price Into Rupees and Buys This. What Is the Total Amount in Rupees?

Ram Exchanged a Slipper With Some Milk. If the Price of the Milk Is 45 Rupees. Then Represent 45 Rupees As the Sum of 20 Rupees and 5 Rupees Notes and Convert 45 Rupees Into Annas.

Here, 45 rupees can be represented as:

Read the Incidents Carefully and Circle the Correct System of Exchange.

If We Put the Given Element in a Barter System, Find Out What Can Be Exchanged With Each Other With the Same Value. 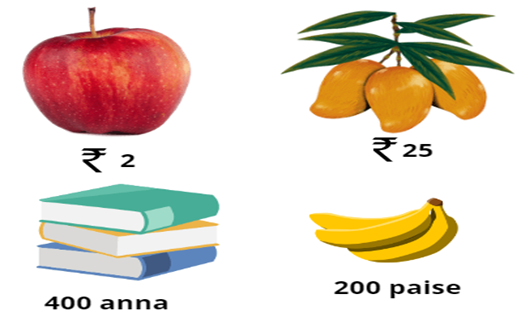 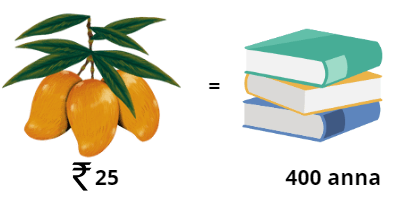 So, mango can be exchanged for the book.

In a Vegetable Shop, Shop Kipper Counted the Price That Sold in a Whole Day for Different Vegetables and Recorded It in a Pictograph.

Read the Chart Given Below and Answer the Following Question: 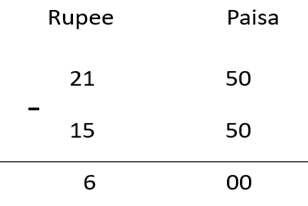 Hence, the price difference between brinjal and pumpkin is 6 rupees.