The Indian Rupee is the official currency of India. We use both types of currency - coins and paper notes.

Who makes these coins and notes? Why is the name Reserve Bank of India mentioned on the currency notes?

The Rupees are available in different denominations. Denomination means the exact amount on the currency coin or note. 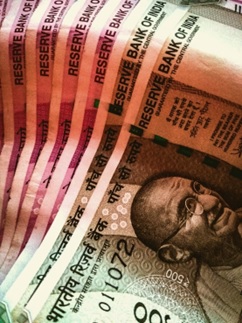 If we look back side of the currency notes, we get some images of historical monuments printed. These images are printed on currency notes to make people aware of Indian cultural diversity and the outstanding achievements of India.

Let's see what historical monuments or pictures are on the notes-

₹ 5 – Picture of a farmer ploughing the field

This picture shows the importance of the agricultural field in India.

Konark Temple is one of the world heritage sites in Odisha. The construction of this temple signifies the time (days of the week, months, year, etc.)

Rani ki vav is a World Heritage site located in Patan, Gujrat. Rani ki vav is the stepwell that begins at the ground level and slowly down below through several steps to the deep well.

This is a World Heritage site located in Madhya Pradesh. This stupa is famous for its special structure, showing the tales of Budhha's life.

Red Fort is also a World Heritage site in India's capital Delhi. On Independence day, the prime minister of India hoists the national flag above the Lahore Gate of Red Fort.

₹ 2000 – Mangalyaan (मंगलयान)Mangalyaan is the mars orbiter mission launched by ISRO on 5th November 2013. It was a proud moment for all Indians.

Fill In the Blanks.

Circle the Odd One Out. And Give the Reason.

Circle the odd one out. And give the reason.

Reason – It is not an Indian currency coin.

Reason – It is not used in Indian currency now.

Write the Denomination of the Following Coins and Notes.
Use the Symbol of the Rupee. 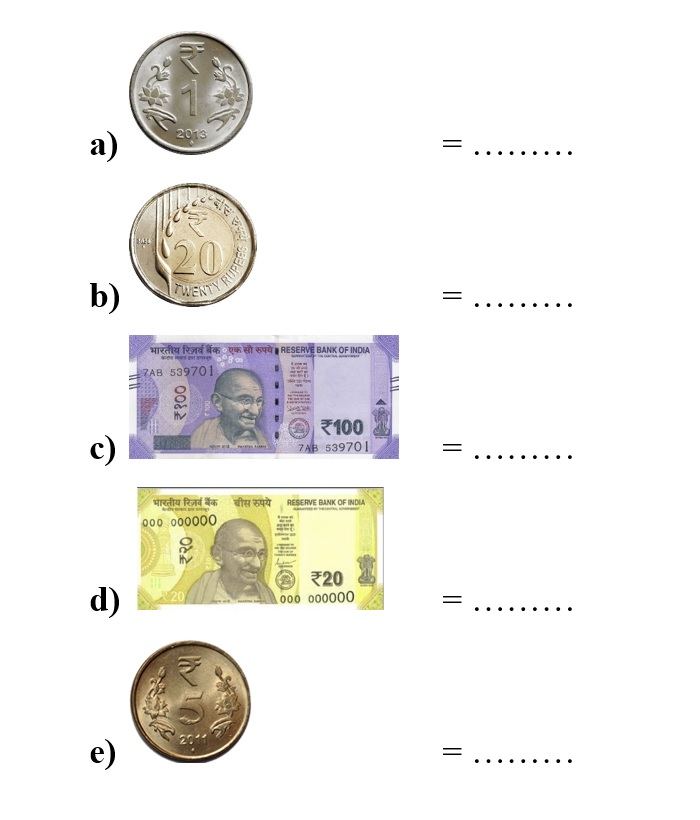 The correct answer is: 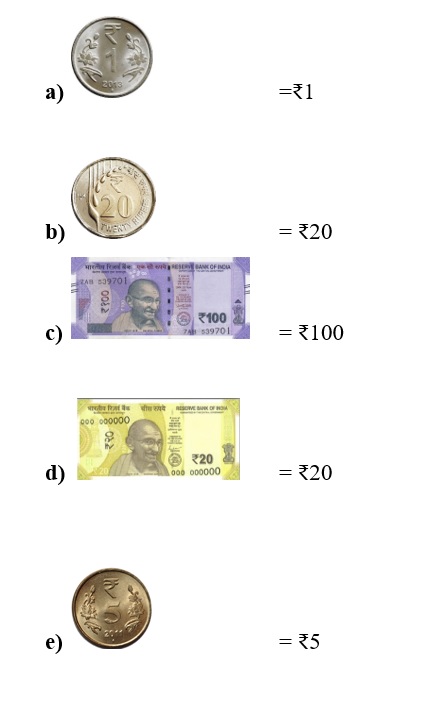 Identify the Following Notes Using the Pictures on the Given Notes. 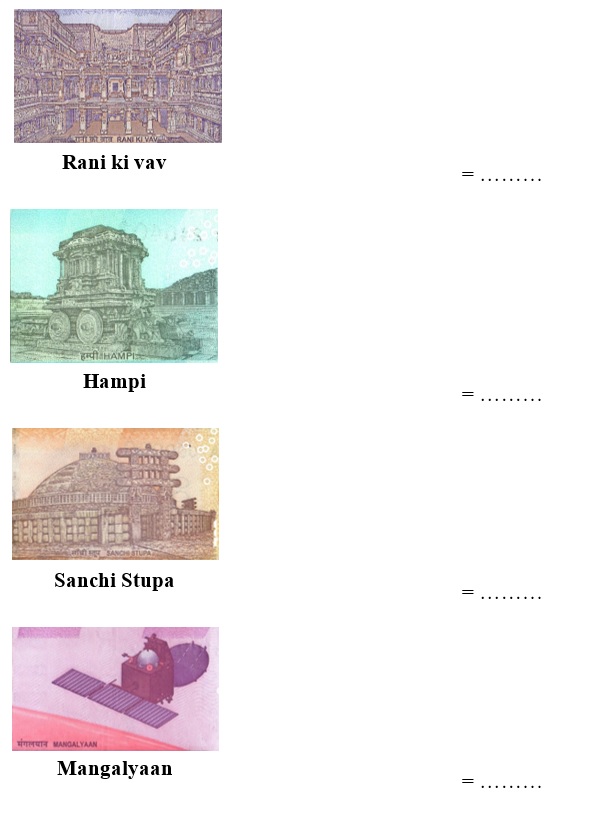 The correct answer is shown below: 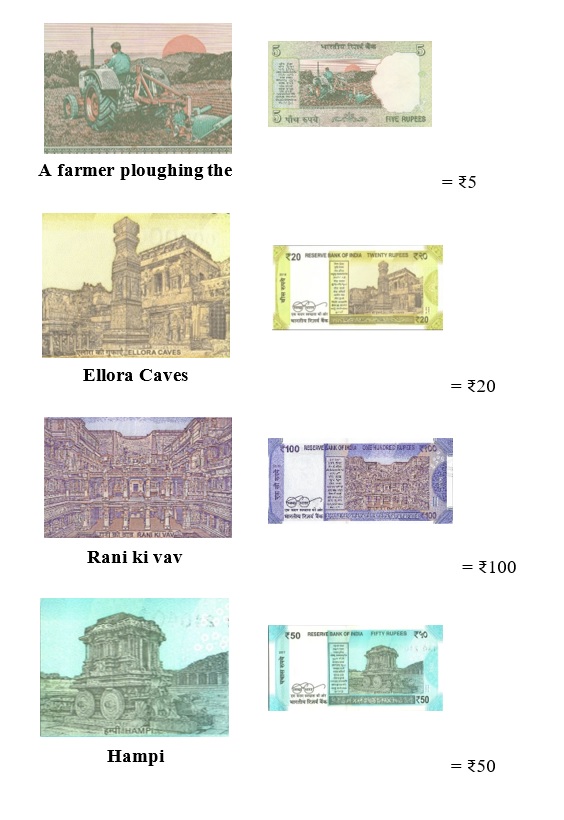 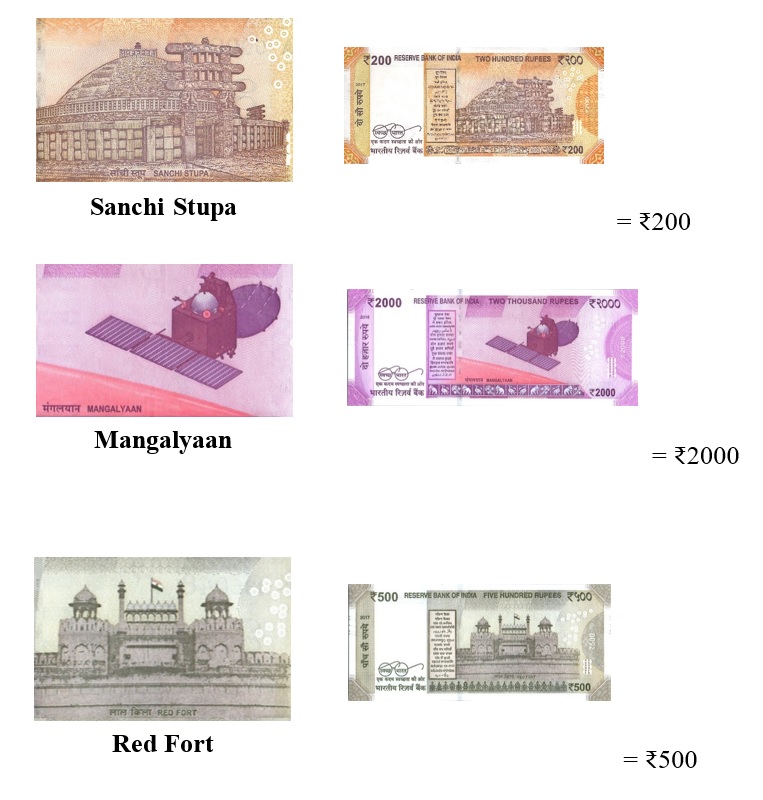