Indian history timeline introduces us to Indian history. Here students will get the concept of BC and AD, BCE and CE. The objective of the discussion is to help the student relate to the ideas of comparing and ordering numbers and adding numbers.

What Is BC and AD?


When we talk about the Indian history timeline, we always use the terms BC and AD to refer to the period when a particular event occurred.

In the timeline, time is measured from the birth of Jesus Christ. Using this system, they describe any event they require.

12 BC = 12 years before Christ. Years BC counts backwards.

It means that years with larger value BC happened before years with smaller value years BC.

AD 45 = 45 years after the birth of Christ.
AD starts just after Jesus’s birth, not his death.

What Is BCE and CE?

The concept of BCE and CE dating systems was first used in the 17th century. This method of dating is more scientific and natural. The complete form of BCE is Before Common Era, and CE is Common Era. 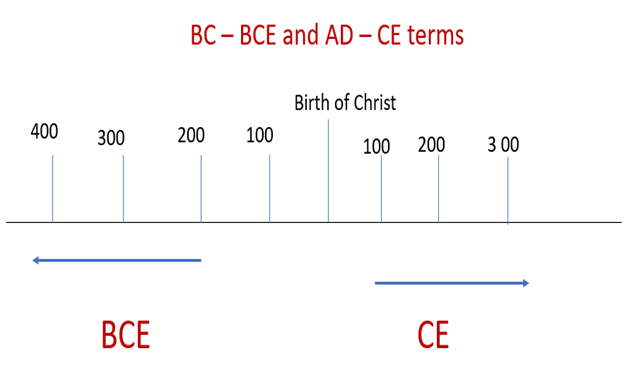 What Is the Representation of Years?

As all know, years with larger value BC happened before years with
smaller value years BC.
So, the largest is 145 BC
And the smallest is 6534BC. 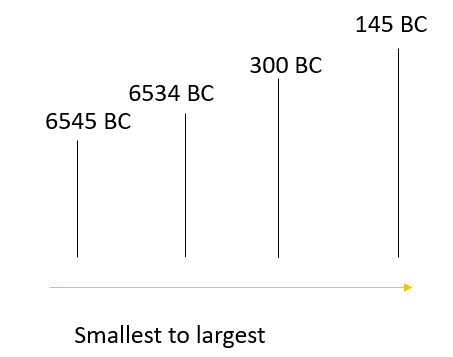 Sumi Gets Some Information From a Poster Given Below: 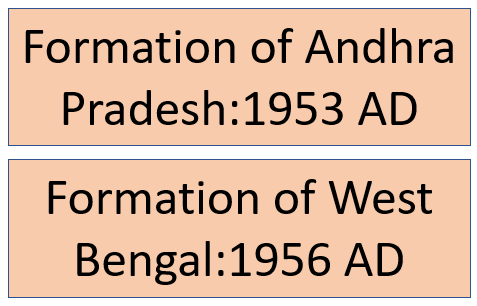 Which State Is Formed 1st According to the Poster? 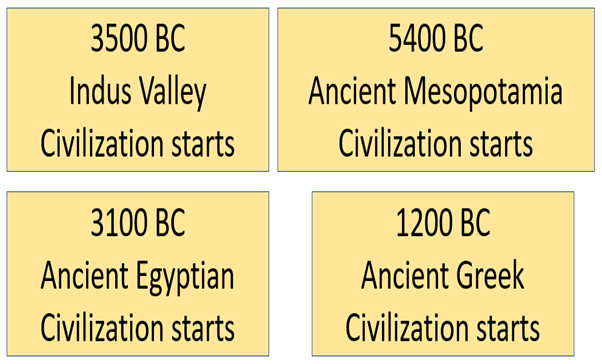 Bijoy Finds the Difference in Years Between the Indus Valley
Civilization and the Ancient Greek Civilization.

Tick on the Correct Option.

From the given table:

Rabi Wants to Celebrate His Birthday in a Leap Year Then What Are the Possible Years From the Table Given Below and Circle the Year? 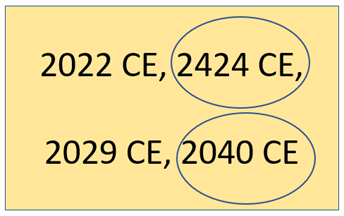 Asim Planned a Trip in 2022 CE, but Due to COVID, He Postponed His Trip for 12 Months Then. What Will Be the Year of the Trip: