Rangoli Kolam is a type of art. Students will learn about simple Kolam, rangoli Kolam photos, rangoli Kolam with dots, Kolam patterns, etc. The motive of the discussion is to relate the idea of rangoli with symmetry for class 3, patterns for class 3, and two-dimensional shapes used to make the rangoli.

The meaning of the word Kolam is beauty. Kolam is a drawing on the floor made of rice paste, rice flour, white stone powder, chalk, etc. It is usually drawn as a ceremonial design in traditional Indian festivities or pujas. Kolam is a drawing composed of two-dimensional shapes, straight lines, loops, and curves. There are various names for Kolam in the different states of India.

Also, the practice of Kolam is found in Sri Lanka, Singapore, Malaysia, Indonesia and Thailand. 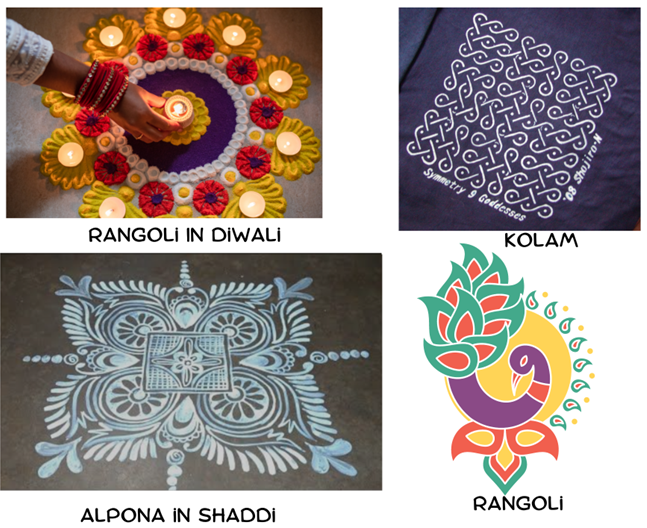 The simplest design in Kolam is the puli kolam or dotted rangoli kolam. Rice flour dots are placed in a grid-like framework and joined to make a symmetrical design. 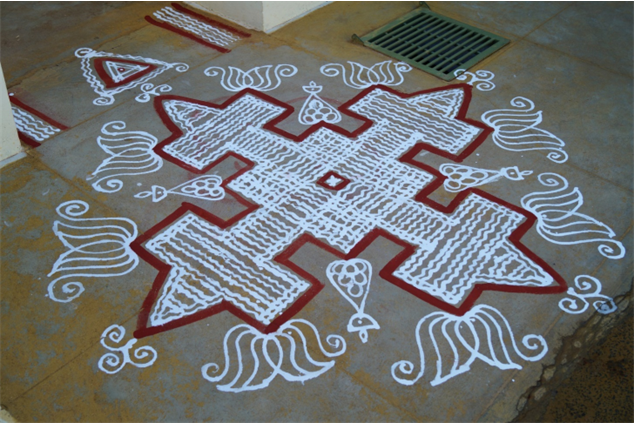 Conventionally it is painted at the door of any house at the festival. Usually, the women are experts in drawing Kolam. Besides geometrical shapes, they used to paint flowers, leaves, shells, grains, animals etc. During Pongal, vegetables and sugar cane are painted. Lamps are a popular design in Diwali. A water jar topped with mango leaves is compulsory painting in the marriage ceremony.

Some patterns of shapes repeatedly come when drawing Kolam.

Sonam Has Got to Know From School That Kolam Drawing Is a Vanishing Tradition. So, She Asked Her Mother to Train Her in Drawing Kolam. Her Mother Has Drawn the Below Design and Asked Her to Copy That.

Sonam Has Drawn the Below Design.

Comparing both the pictures, it is clear that Sonam has not drawn the picture correctly because the heart symbol is repeated on both sides of the line. The upper side and lower side. So, the pattern needed to be maintained perfectly.

The correct picture is

Dipa Was Drawing a Rangoli in Her Drawing Book. But She Has Left Some Blank Spaces. She Asked Manoj to Fill Up Those Blank Spaces. Look at the Design Carefully and Help Manoj to Complete the Rangoli. 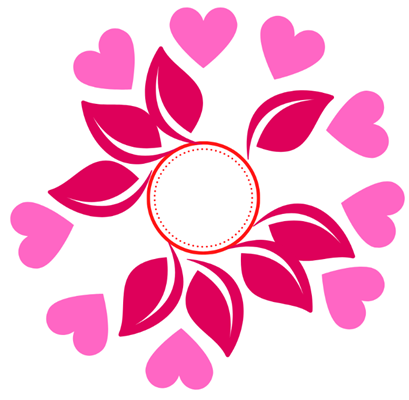 Hence, the picture of the rangoli completed by Manoj is 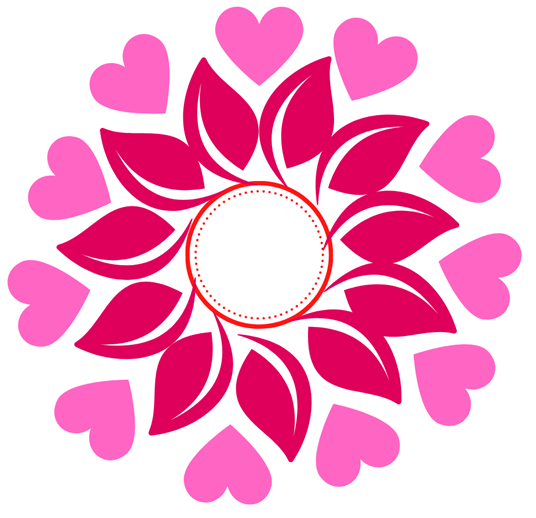 The Teacher Made a Design on the Board and Asked Students to Come and Add Shapes to the Board to Complete the Pattern.

Sima, Dipa, and Jyoti Have Come to the Board one by one to Complete the Pattern. But One of Them Has Made a Mistake. The Below Picture Is the One That Sima, Dipa and Jyoti completed.

Find the Mistake and Correct It. Also, Draw the Correct Picture.

Dipa made a mistake by drawing triangles instead of squares in the pattern.

Hence, the correct pattern is

On This Diwali, Bheem’s Mother Drew a Rangoli in Their Courtyard. But She Couldn’t Complete It, and She Asked Bheem to Complete the Rangoli. 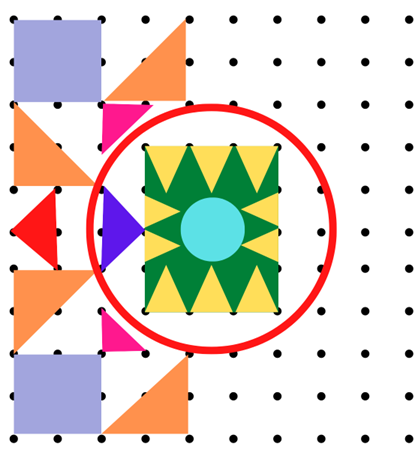 Help Bheem to Complete the Rangoli.

Bheem has completed the rangoli by following the pattern in both halves symmetrically. 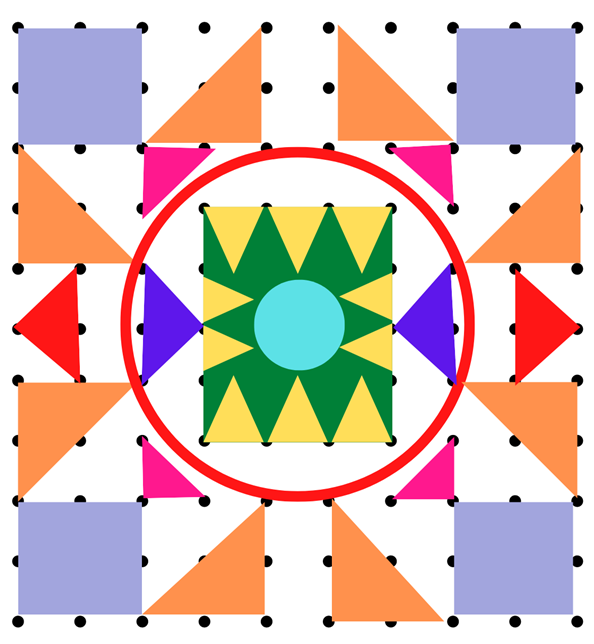 The Teacher Asked the Students to Observe the Following Pattern and Complete It.

Here is the answer from the students