Sundial is an old instrument for time calculation. Here students will learn about the sundial working principle, sundial clock, Konark sundial, etc. Also, connect students with the mathematical concept of multiplication for class 3 and division for class 3.

From ancient times, sundials have been used as a timekeeping device. It helps to indicate the time of the day by the position of the shadow of some object exposed to the direct sun rays. 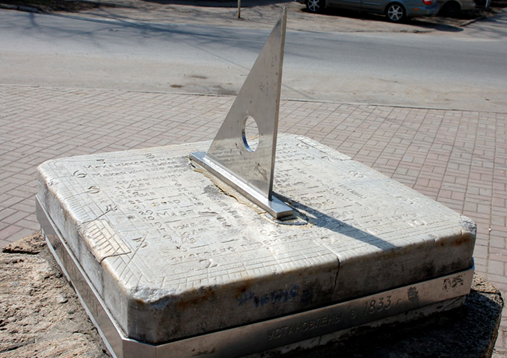 As the day progresses, the sun moves across the sky, which causes that object’s shadow to move and indicates the passing of time.

The first well-known sundial used was Gnomon, used from about 3500 BCE. It consisted of a vertical stick-like pillar, and the length of the pillar’s shadow helps to indicate the time of the day. The earliest known sundial preserved is the Egyptian shadow clock. This clock consists of a plane base with a raised crosspiece at one end. The shadow of this cross piece on this base indicates the time. The base is inscribed with six scales of time divisions.

What is a Sundial?

Sundials are also used in modern times. The below pictures are of some of the world’s sundials used in ancient times and modern times.

The famous sun temple of Konark is renowned for its stone sculptures worldwide. The temple is shaped like a gigantic chariot drawn by 7 horses on 12 pairs of beautifully decorated wheels, heights around 297.18 cm from the ground. These huge wheels work as sundials, also. The temple itself signifies time. The 7 horses represent the 7 days of a week, 12 pairs of wheels represent the 12 months of a year, and 24 wheels of the chariot represent the 24 hours of a day. There are 8 major spokes and 8 minor spokes in the wheel. The 24 hours in a day is divided in Prahars, each equals to a 3hour period by these major spokes. The minor spoke between two major spokes is of 1.5 hours. There is a total of 30 beads between one major spoke to the next minor spoke, and each bead represents 3 minutes. The sundial shows time in an anticlockwise direction and represents 12 am or midnight in the top centre of the wheel. 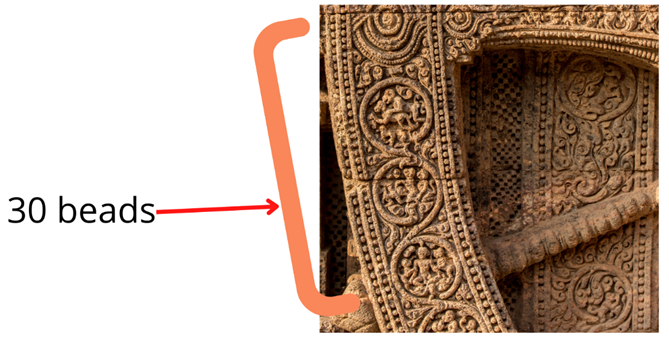 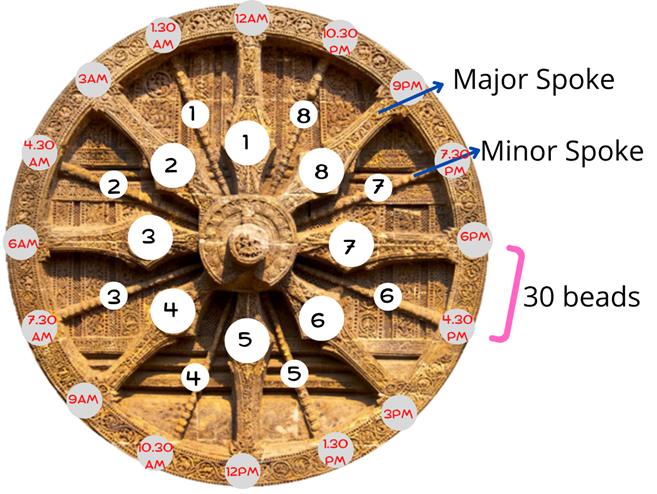 To acknowledge the rich culture of Odisha, the sundial of Konark is also depicted on the back side of the notes of Rs 10. 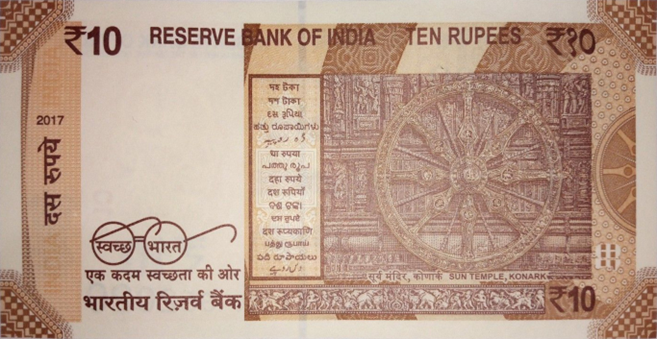 Sima Visited the Konark Temple With Her Friend. The Guide Tells Them That There Are 30 Beads Between Major Spoke and Minor Spoke. Find the Time Difference in Minutes As the Shadow Moves From the One Major Spoke to the Next Minor Spoke.

According to the guide, 30 beads between one major spoke and the minor spoke and each bead equal to 3 minutes. 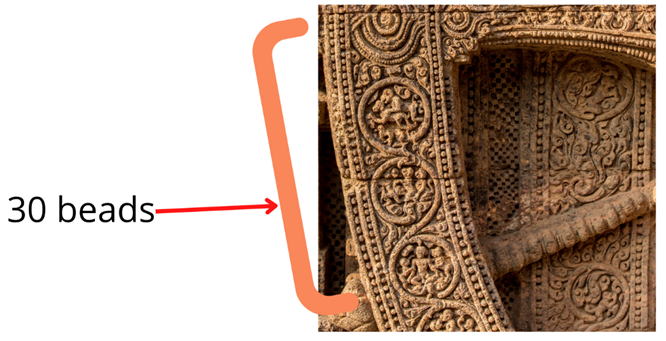 Sima Visited the Konark Temple With Her Friend. The Guide Tells Them That There Are 30 Beads Between Major Spoke and Minor Spoke. Find the Time Difference in Minutes As the Shadow Moves From the One Major Spoke to the Next Minor Spoke.

There are 30 beads between a major spoke and the next minor spoke.

So, the number of beads between two major spokes are

Raima Said That on Her Watch; It Was 2.15 PM Now. Show Where Will Be the Shadow in the Konark Sundial.

After Listening to the Details of the Sundial Wheels of the Konark Temple, the Teacher Wants Us to Answer How Many Prahars Are There in a Day.

The Teacher Asked Students to Assume That the Prahars Consist of 2 Hours. She Asked Them What Will Sundials Look Like in Such a Condition? Also, Find How Many Small Beads Will Be There Inside Two Major Spokes Then.

In a day, there 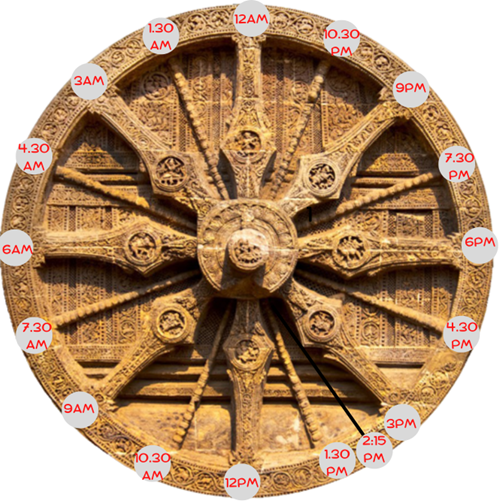 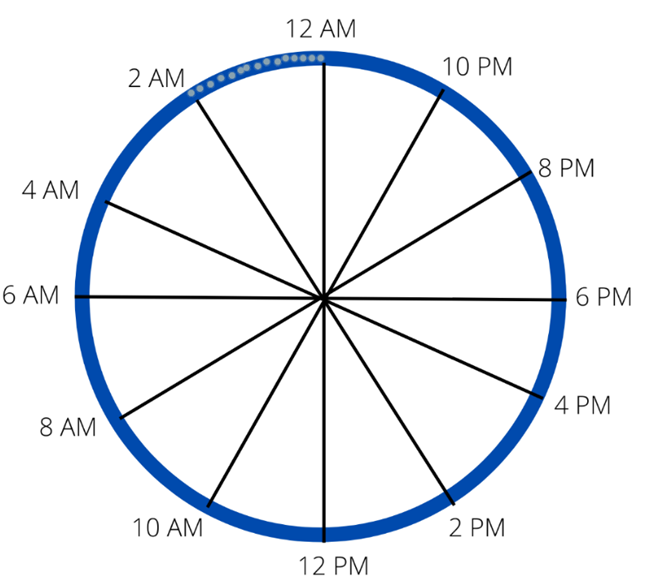